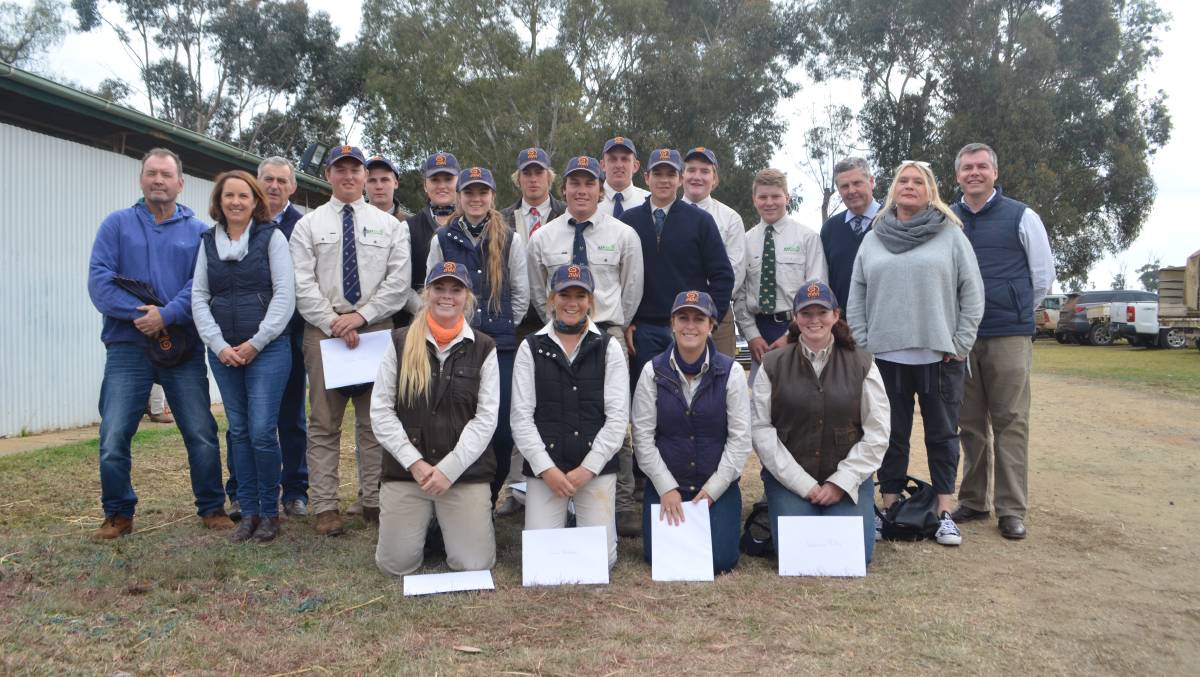 Graduates and their trainers and industry support after receieving their certificates at the 2017 Hay Sheep Show.

Each participated in the 15 days of training in the Hay Inc program to further their career on the land along with 13 other students. 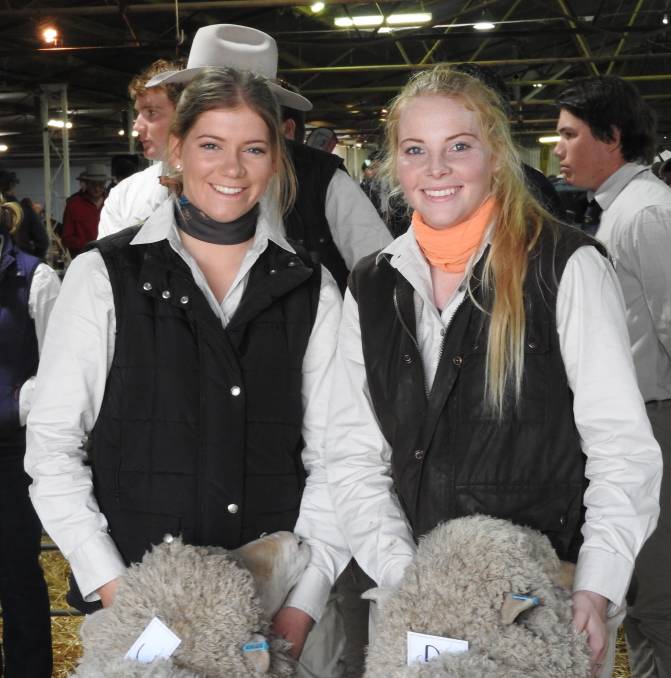 Students came from SA, Victoria and NSW when this current program started in February.

It consists of experiencing practical skills delivered around the Hay district by volunteer trainers along with Tocal College assessors and AWI shearer trainers.

Some of the participants also worked on properties in the Hay district through placement in the Hay Inc Gap program.

Graduate and currently jackarooing on Wyvern Station, Carrathool, William Mackley thanked the volunteers and trainers for their wonderful mentoring and for the creation of network support for young people entering the pastoral industry.

“Australian Wool Innovation and other sponsors along with Hay district producers have been fantastic with their support,” mr Mackley said.

Rebecca McKoy grew up in Melbourne but craved a career in the bush and was very excited upon graduating in the 2017 class.

She has been living at Hamilton, in Victoria for the past three years and is currently employed with a livestock contracting team.

“I have really enjoyed learning more about classing and working with sheep,” Ms McKoy said.

“I was like a huge sponge, absorbing all the trainers could teach me.”

Expressions of interest are now being taken to be part of the Hay Inc Rural Education Program commencing in February 2018.

Meanwhile, there are opportunities for Hay Inc participants to work on farms as either jillaroo or jackaroo in the Hay district.