Former Tarwyn Park owner Stuart Andrews has slammed the NSW Government for a mining assessment process that has 'depopulated' Bylong Valley because of property buy-outs by Korean miner KEPCO.

The buy-ups were big, the gag clauses were significant, and Bylong Valley's social foundations were gone.

WARWICK Pearse calls it “the silencing of dissent” - Korean energy giant KEPCO’s buy-up of more than 13,000 hectares of Bylong Valley land since 2010 for a planned coal mine, with gag clauses as part of the purchase contracts.

Once the community was silenced the “juggernaut” began, said the Bylong Valley Protection Alliance spokesman on Sunday, three days after a NSW Planning Assessment Commission (PAC) panel slammed the mine project, and issued a stinging rebuke of the Department of Planning’s attitude to the decimation of small communities because of coal. 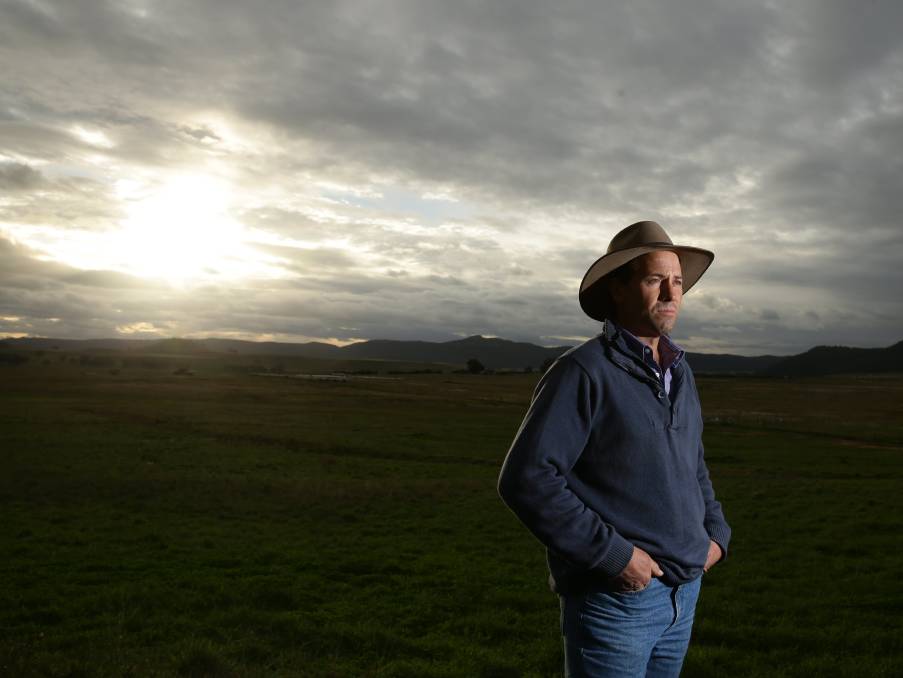 “KEPCO had already spent about half a billion dollars by the time it applied for the mine approval. That’s a mighty weight of money and influence to put to a government and department assessing the project,” Mr Pearse said.

“If you go out to Bylong now the place is just crawling with security because they’ve bought up so much of it, but there’s hardly anyone there. It’s pretty creepy, really. The only reason I’m still here is because I’m too far up the valley. They don’t want my place.

“We welcome that the PAC has recognised the impact on this community already, but in terms of the damage done to Bylong, it’s all too late.”

The PAC issued a scathing assessment of KEPCO’s proposal for an open cut and underground mine to produce 120 million tonnes of coal, and warned the Department of Planning it would have to carefully and cautiously consider the project’s significant risks and unanswered questions before making a final decision.

It criticised KEPCO for a “relatively superficial treatment” of the profound social impacts of its buy-up program which “depopulated” the valley. KEPCO acquisitions include Bylong Public School, historic Tarwyn Park stud and natural sequence farm, a Catholic church building, Bylong general store and a large number of private properties and farms.

“The acquisition of land for the project has resulted in the depopulation of the valley with profound consequences for its organically grown social networks,” the PAC said.

Why does it have to go to this degree before there’s any commonsense, before families’ lives are turned upside down and communities are destroyed? That all lies with the state government. They make the rules and allow companies to do what they do. - Former Bylong property owner Stuart Andrews

It rebuked the department for an assessment that “appears to accept a degree of inevitability” to the social impacts, saying such a view would diminish the importance of social impacts when mines are assessed.

The PAC also criticised the department’s acceptance that KEPCO’s buy-ups occurred under “open market conditions” and said it was concerned after submissions to a public hearing that “some sellers may have felt they had no option but to sell”.

The PAC also found the department had weakened mitigation recommendations in an independent report on the social impacts of the mine proposal, by requiring KEPCO only to “make every effort” to contribute to local community projects and maintain agriculture, but “only where possible”.

“These terms seem to reinforce the department’s acceptance of the inevitability of local social impacts and reliance on open market conditions to protect the interests of impacted people without recognising the full significance of community impacts,” the PAC found.

Mr Andrews, who now lives in Queensland, described the PAC assessment of the KEPCO project as “scathing”, but he reserved his strongest criticism for the NSW Government and its mine assessment processes.

“I think it’s an absolute farce to think they were allowed to do what they did and then have the PAC tell us what we already knew – that this project should never have been allowed to reach this point because there are too many negatives and unknowns,” Mr Andrews said.

“Why does it have to go to this degree before there’s any commonsense, before families’ lives are turned upside down and communities are destroyed? That all lies with the state government. They make the rules and allow these companies to do what they do.”

Mr Andrews had no sympathy for KEPCO, which said it remained committed to the project despite calls for the NSW Government to cancel the exploration licence. He rejected suggestions the company should be compensated if the licence is cancelled, saying KEPCO had paid Anglo American $403 million for the licence in 2010 after assessing the risks.

KEPCO told the PAC the financial viability of the project was “not a relevant matter for consideration”, after serious questions were raised at a public hearing because of significant moves by South Korea’s new president away from coal-fired power generation.

“International mining companies routinely make investment decisions across their portfolios that on the surface may appear sub-economic, but for other strategic reasons are attractive to the broader business,” KEPCO said.

“If the mine is truly not economically viable… the project would be unlikely to proceed.”

This story first appeared in the Newcastle Herald.