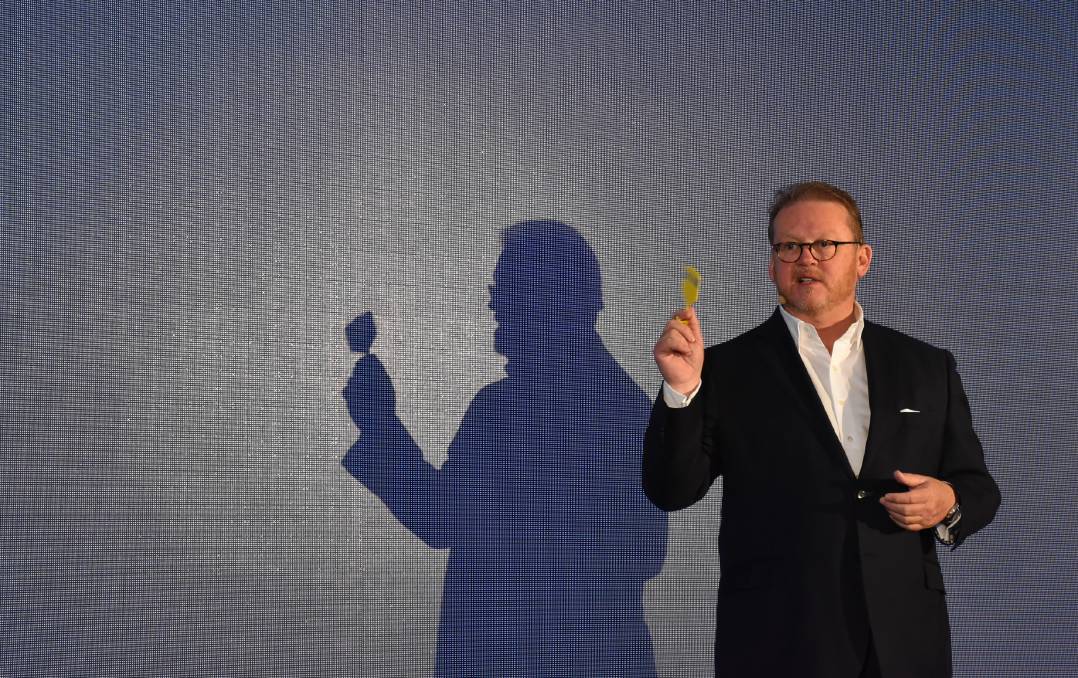 AWH want to capitalise on their dominant export control of Australia’s wool clip, announcing a plan to digitally disrupt the supply chain.

Australian Wool Handlers (AWH) is set to capitalise on their dominant export control of Australia’s wool clip, announcing a plan to digitally disrupt the supply chain.

AWH’s ambitious new chief executive, Michael Jones, announced widespread changes to handling of wool during the maiden WoolEX conference in Geelong, Victoria, on Friday, which was attended by about 100 industry leaders.

The proposal will see web and application-based transactions and handling of Australia’s wool clip within two years.

AWH commissioned a review into how the wool industry’s handles its wares throughout the supply chain, assessing 121 discernible actions from farm to mill.

“Unashamedly the reason we why we are doing this is to make our business handle more wool, to handle at a better margin and grow our business long-term,” Mr Jones said.

“We can’t wait, we are coming ready or not, we’re going to do it.

“Help us get there because it’ll benefit the whole industry.”

“We can eat an elephant but we need to eat it one bite at a time, so we are looking at China as our focus of this study and for the modelling we are doing,” Mr Jones said.

The first stage is the launch of Fast Classer mobile application, or app, a fully native, electronic wool classer specification document which can operate off a mobile device similar to a calculator function.

While currently five E-Specis are already available with only two per cent industry uptake, there will be a financial incentive to use the Fast Classer app before woolgrowers would be penalised for non-compliance next year.

AWH's proposal includes a sweep of mobile apps which will track the paper work and schedule the processing, supply and transport of wool in Australia, as well as a plan to penetrate export logistics in the China market.

“We’re not trying to reinvent the wheel, we are just trying to make it work,” he said.

“We’re creating comprehensive sweep of solution based applications, so our clients and everyone at every stage of the process can access and input information.

“At the moment AWH does that for you and it is inefficient in the way it is currently conducted so we need to create behavioural change.”

Mr Jones said the systems overhaul was triggered by the poor standard of paperwork, manually transacted throughout the supply chain.

Of the more than one million bales AWH handles annually, 60pc of the wool, or 120m kg greasy wool arrives to stores with no, or ineligible, paperwork.

“It arrives in our stores without advanced notification and with no paperwork,” he said.

“In any other industry anywhere in the world that is outrageous in concept.”

About 63pc, more than 650,000 bales, arrive with errors or discrepancies - from underweighted, overweighed, mismarked, duplicated numbers, wrong property identification codes and with no declarations.

“Given the lack of uniformity in a uniform product… having that number of errors in a supply chain is somewhat unbelievable,” he said.

Devices suitable to the mobile apps will be available at cost from AWH at the start of next year.

Further changes include the digitalisation of lotting wool based on algorithms formed by woolgrowers’ historical data held by AWH.

Mr Jones said this had the potential to alert brokers or woolgrowers to when wool was scheduled for lotting.

The company is moving fast down the path of Radio Frequency Technology of bales in a bid to automate the storage and retrieval of bales.

As part of the sweep of apps announced, AWH’s have launched the “truck uber”, with the launch of Trucker app.

“First we will look to utilise the current systems and assets we have but implementing and overlaying that with a massive innovation and technology process whereby we revolutionise the wool supply chain,” Mr Jones said.

“This will be centred on the electronic tracking of every bale in the supply chain, and there are over 2m each year.

“We are looking to use the electronic ID of wool and apply technology such as applications, desktop function and IT systems to more efficiently move and handle the wool, and shortcut processes that have been around for over 100 years.

He said ultimately the plan would be to extend AWH’s storage centres and export wool to China.

“We’re using the data, assets and the logistics skills we have to create a new supply line and a completely new paradigm in the way wool is moved out of the Australian industry and into the Chinese market – a market that accounts for over 85pc of the wool from a destination perspective of Australia,” ​Mr Jones said.