Sucker lambs skyrocketed to a high of $197 at the Wagga sale on Thursday. 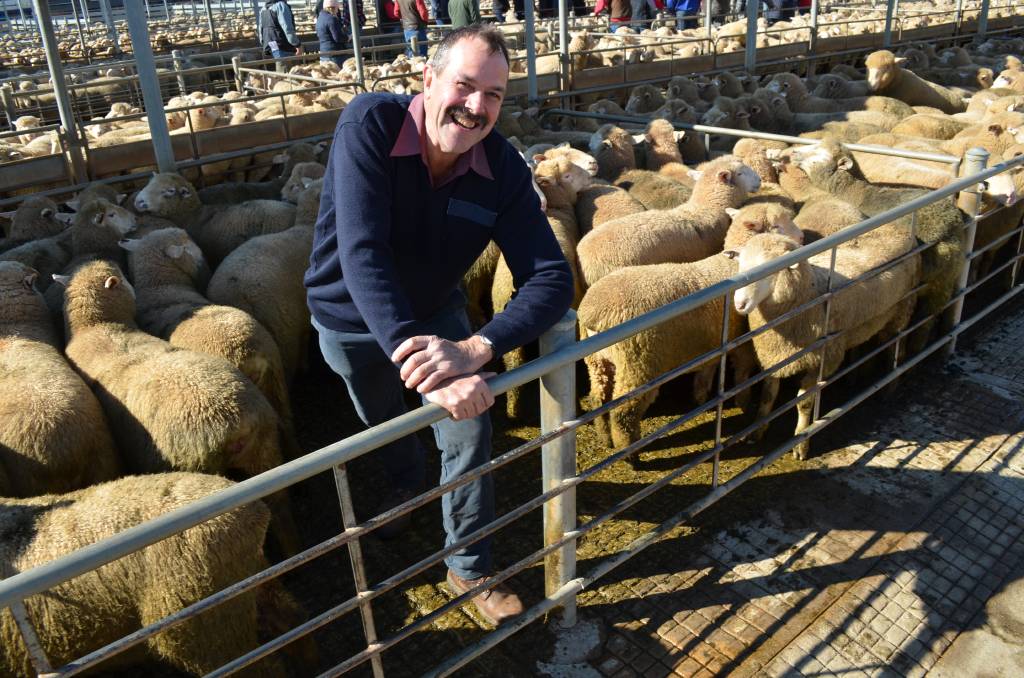 Buyers and vendors were left wondering just how high the market for young lambs could go.

During early selling a stand-out pen of suckers from The Rock in southern NSW made new ground after hitting $196.20.

The high was short lived though with another pen of second cross Dorsets  from Old Junee making what is believed to be an Australian record price of $197.

Bob Turner of “Oakdale”, at Old Junee said he he was expecting to receive about $170 for his lambs that were finished on crops.

“I was thrilled, I didn’t expect they would go this high,” he said.

Mr Turner said it was rewarding to do well given the fact he had dedicated more than 40 years to breeding prime lambs.

Fellow Old Junee vendor Mike Hart, “Talawong”, was pleasantly surprised when his lambs, from last season, made a top of $200.

Early in the market it was John White of “Tulliallan”, at The Rock who set the pace with new-season lambs that made $196.20 through Landmark.

Mr White said the second-cross Dorset lambs were finished on oats and rye grass and he was happy with how they presented.

“They were pretty good … and probably weighed around 30 kilograms (dressed),” he said.

He said Wagga was in the box seat to capitalise on these high prices and set the pace at a national level. It was tipped that this price high could last for a few more weeks and later level out as the season progresses.

However, most livestock agents conceded that it would be difficult to predict that the market was going to climb so high.

The story Wagga suckers sell for national high of $197 | Photos, Video first appeared on The Rural.