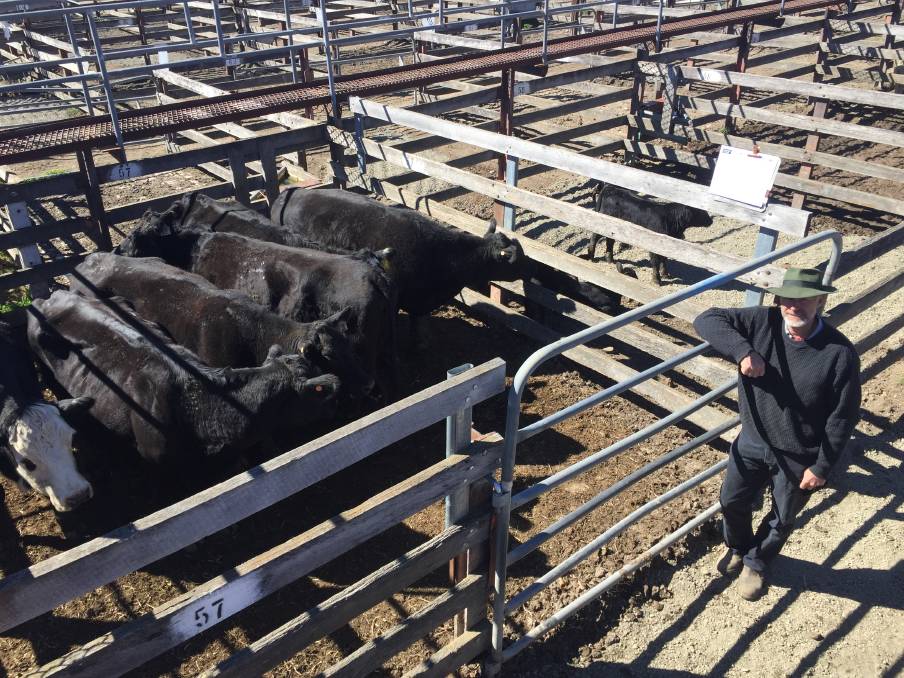 Peter Grant with his six Angus cows with calves which made $1270 at the Braidwood store sale last Friday. Photo: Geoff Baker

The yarding of mainly black cattle at the monthly sale at Braidwood on Friday comprised 323 head over the scales and 81 in the store pens.

The yarding of mainly black cattle at the monthly sale at Braidwood on Friday comprised 323 head over the scales and 81 in the store pens.

“In the open auction run there were 15 cows with calves and a run of 47 mixed sex Murray Grey calves which were showing the effects of the dry conditions being experienced here on the tablelands,” Mr Baker said.

“The market was firm on other local district sales, but I felt the younger cattle were 10 to 15 cents a kilogram better than last month’s sale, with the best steer calves selling to 368c/kg and the heifers to 308c/kg.”

A run of 47 Murray Grey mixed-sex calves in light condition from Anembo sold to $535 for the steers and $400 for the heifers. Peter and Kath Grant, Braidwood, sold six good framed Angus cows rising eight years with calves three to four weeks old for $1270.