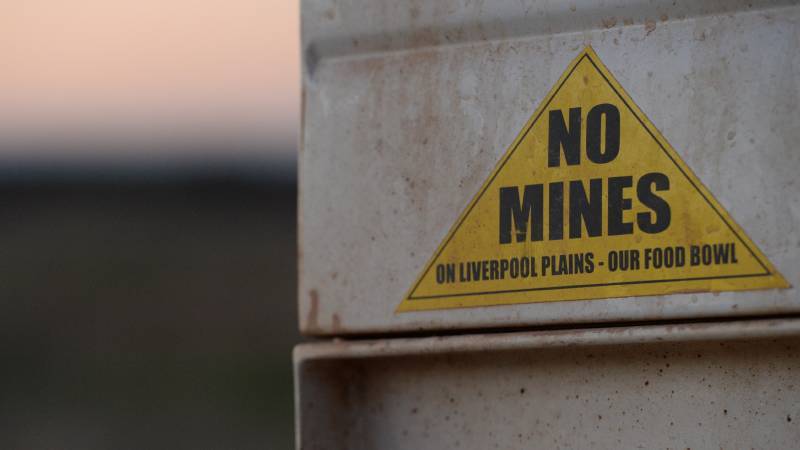 Watermark’s exploration licence was granted by the Labor government in 2008 and renewed by the Coalition in 2012.

Tensions were high at NSW Parliament this afternoon, when Labor and the Greens grilled Resources Minister Don Harwin over controversial the Shenhua coal mine in the Liverpool Plains.

Government announced a controversial $262 million deal with the Chinese company on July 12, to excise 51 per cent of the area covered by its Watermark coal mine exploration licence.

In return, Shenhua gets a refund of about half of its $300m exploration fee, and recompense for the cost of government holding that money for 9 years.

Under question from the Opposition and Crossbench, Mr Harwin revealed neither he nor the Premier had visited the proposed mine site.

Mr Searle, who has accused the government of providing Shenhua with corporate welfare, wanted to know why government did not exercise its powers to reclaim half Shenhua’s licence for free. Typically, only 50 per cent of an exploration licence is renewed, under a provision in the Mining Act.

“A Minister is not bound to renew the area nominated by applicant. They can renew a smaller area than original licence area. And there’s nothing in the Mining Act that says government is bound to make any compensation,” Mr Searle said.

Mr Harwin agreed his Department can reclaim parts of exploration licences, but said there were not grounds to do so for Watermark.

Shenhua had applied for an extension before the February 22 renewal deadline had grounds, listed in the Act, to have more than 50pc of the licence to renewed.

The Act states the company must have complied with its exploration conditions, the licence area be fully explored, the miner have plans to utilise the area covered by the original licence and particular weight is given to special circumstances, such as significant project investment.

Mr Harwin said buying back the licence ensured there would be “no future mining on the fertile black soils”.

Speculation has it that neighbouring miner Whitehaven may be interested in buying the Watermark project.

Mr Harwin told estimates that the buyback meant it was impossible for “any company in the future would be able to apply for expansion of the mine”.

Mr Searle told MR Harwin the legal advice stating the buyback was necessary should be tabled “if you want to instill confidence” in the buyback, but Mr Harwin declined.

Prompted by Greens Resources Spokesman Jeremy Buckingham, Mr Harwin confirmed what farmers are furious about, that the buyback would not impact Shenhua’s plans for construction of the mine.

“Does it show complete contempt for the farmers of the Liverpool Plains that neither the Premier or the Resources Minister has visited the site of the Shenhua mine?” Mr Buckingham wanted to know.

He said he would “make his best endeavours” to visit Liverpool Plains farmers and the mine site, but it was not his place to instruct Premier Gladys Berejiklian to do so as well.

Mr Harwin said he had visited two mines in the Hunter Valley, but not Watermark –  nor Santos’ Narrabri gas development, since he became Minister in January.

Shenhua received development approval from state and federal governments, but several boxes still need to be ticked before digging can commence.

The federal government’s Independent Expert Scientific Committee is owed a comprehensive plan for management of water impacts at the proposed Watermark mine, and Shenhua is yet to apply to state government for a mining licence, which could theoretically be rejected, although Shenhua would have strong grounds to contest this if all its applications are approved.

The story Never been: Minister grilled on Shenhua first appeared on Farm Online.

Sponsored by
The AgEcon study focused on the 2020 winter cropping periods in the state's North West.
Test
Charolais genetics sold to $17,000 at Lismore saleyards on Saturday.
Test
Upper Macleay river landholders will be canvassed as part of the Environmental Impact Statement process that will help decide the suitability of a pumped hydro scheme on Oven Mountain
Test
Bulls travel 2000klm to be a part of Saltbush Ag's expansion program
Test
Vale the lord of Yulgilbar castle, Baillieu Myer, whose appreciation for the historic station was returned with ample support.
Test
Just over three million litres, or 75 per cent of Australia's regular monthly usage, of AdBlue was produced and distributed by Incitec Pivot Limited last week.
Test
The quintessential Australia Day barbecue is in peril this year
Test
The New England operation has been working on its bloodlines for 20 years.
Test