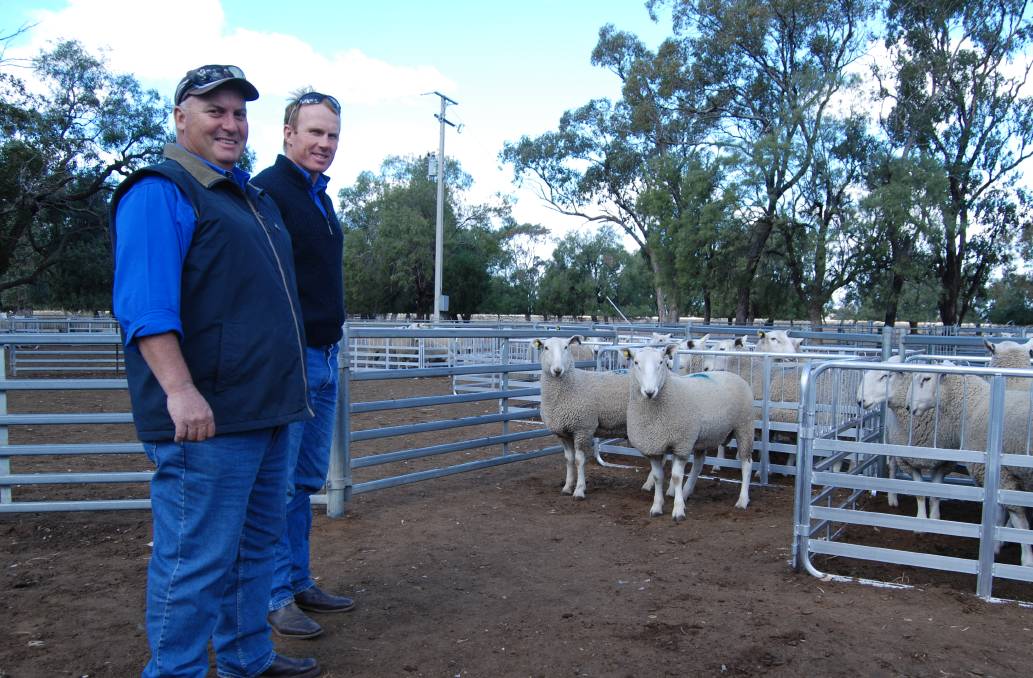 Confidence is high in the time-tested first-cross ewe, it seems, given the red hot prices for Border Leicester rams at New Armatree’s ram sale.

Held at Jenny and Craig Bradley’s property, “New Armatree”, at Armatree near Gilgandra, all 90 rams offered were sold to top at $3500, twice, and average of $2676.

Buyers’ comments about the depth of quality right through the sale were qualified when the last lot was knocked down for $3300.

Also buying at $3500 was Tony Smith, “Broadwater”, Warren, who took one ram for the equal top price.

He will join these to 2500 Egelabra-blood ewes, the ewe progeny of which will likely be sold from the farm, or otherwise through Narromine saleyards.

Will Burnheim, “Sandy Camp”, Quambone, dropped in to top up his ram battery, buying one for $3200.

He joined 2700 ewes to Border Leicesters last year and sells the ewes either on AuctionsPlus or direct to the buyer, and the wethers through Thomas Foods international.

The sale was conducted by Halcroft and Bennett, Coonamble and Gulargambone, with agent David Thompson as auctioneer and Steve Colwell helping spot the bids.