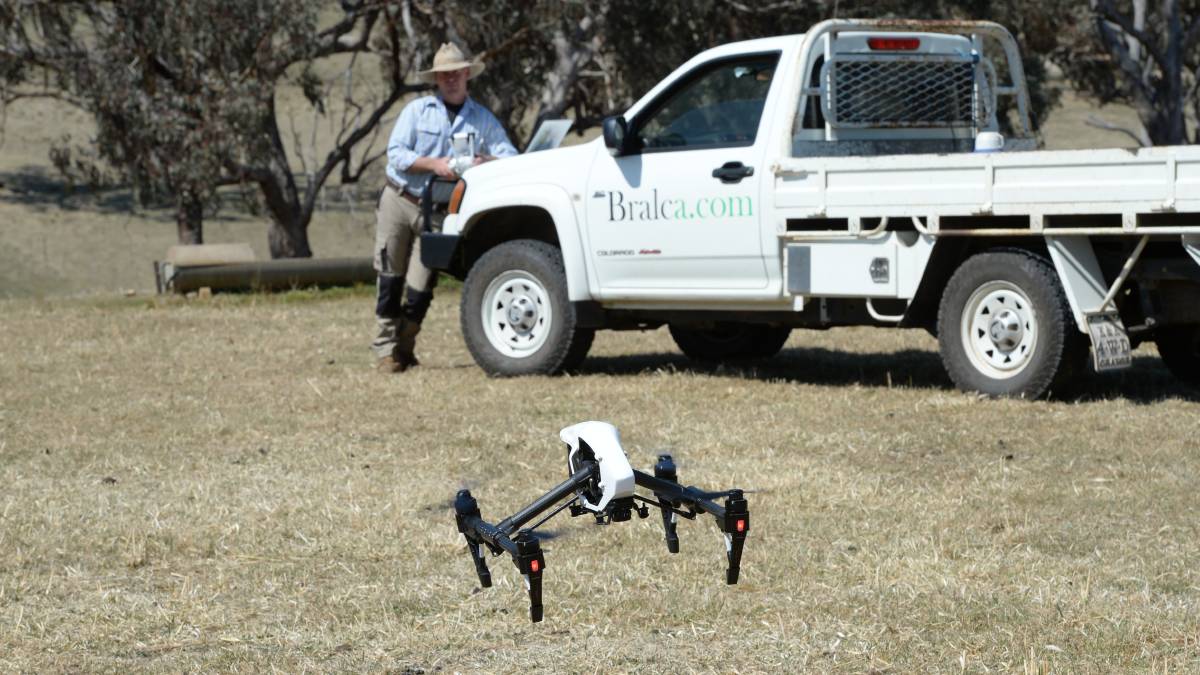 Ben Watts, "Bralca", Molong, says the GATE incubator to be established in Orange will create a space for innovators to trial and break products before they hit the market. He is pictured on his farm using a drone.

A partnership between NSW DPI and Sparklabs Cultiv8 will create an incubator for start-up ag businesses.

A new initiative which has emerged from the NSW Department of Primary Industries (DPI) will help tackle the perennial challenge of commercially launching Australian innovation.

In February next year, the first intake of agricultural innovators will begin an eight month journey as part of the first round of the $10 million, five year program called GATE, launched in Orange last week.

GATE, an acronym for Global AgTech Ecosystem, will act as an incubator for people or start-ups with research and development output which has commercial potential.

The DPI has partnered with SparkLabs Cultiv8, the Australian arm of the entrepreneurial global investment specialist, SparkLabs, which will hasten prototyping and growth of the new services and products.

Each intake’s mentorship will culminate with a product and service demonstration day, the first in October 2018, to be attended by a collection of global investors from throughout Sparklabs’ international networks.

Before that step, however, those who make it into the program will work with researchers and have their concepts field tested and developed for market.

NSW DPI director general, Scott Hansen, said the project was about creating a space where people with good ideas about how to bring innovation, new technologies, new approaches to agriculture and primary industries would be able to discover like-minded people.

The partnerships formed, be they via DPI connections or via Sparklabs, would bring together the resources necessary to nurture new ideas, mentor those involved and help to fast track the concepts to a stage where primary industries could implement them.

“We want to create the space and the opportunity to actually consolidate a lot of of innovation and energy that is out there at the moment around ag tech,” Mr Hansen said.

“We want to create the opportunity for them to be working in a facility and a location to actually try it out on paddocks, on crops, on animals, on water... and to enable them to be surrounded by the communities of end users and stakeholders who are likely to be their customers.”

As well as create a platform for agricultural innovators to come together, Mr Hansen said GATE was also designed to attract innovators currently outside of agriculture.

“We’re looking for new and innovative ideas, companies and entrepreneurs, that with our help can scale quickly and take on the challenges of the ag and food tech industries.

“We will be offering companies an investment of up to $100,000 to complement the guidance network that we will provide.”

This cost was calculated within the $10m total investment planned by Sparklabs.

The DPI would also invest in building upgrades at the Orange Agriculture Institute for the purpose of hosting the initiative.

Local farmer, Ben Watts, “Bralca”, Molong, who was also part of the day’s discussion panel, said the program was about letting innovators think outside the square while also providing early stage support.

“It’s allowing the developers a space to build something and break it,” he said, explaining that all too often people introduced untested technology to agriculture from a corporate office environment.

Mr Watts said if the concepts were simple and practical and made daily life easier on the farm, they would have a good chance of market success.

“I think ag tech is huge – inquiry is coming from the UK, eastern Europe, the Middle East – we’ve had people contacting us because because they’ve seen us do some trials and are asking ‘how can we be part of this?’,” he said.

GATE will open for first cohort applications in February 2018.