Conservationists have called for an independent inquiry into logging on the Mid-North Coast. 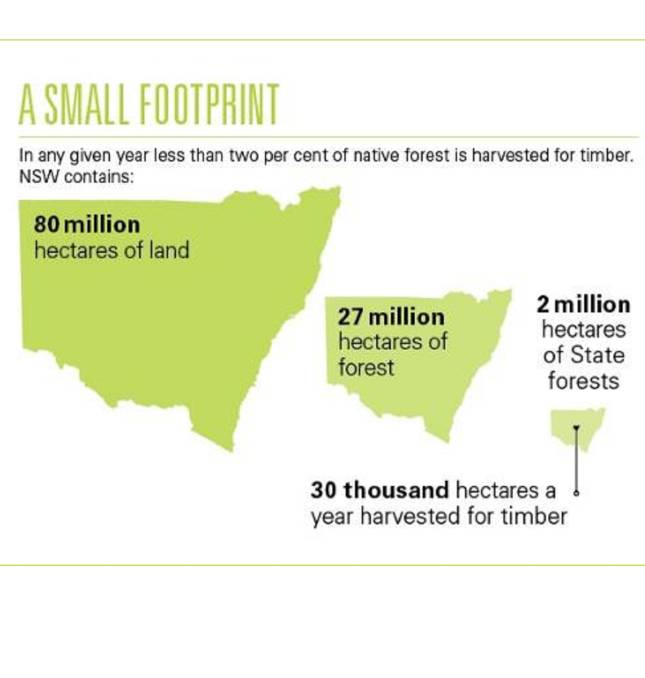 Conservationists have called for an independent inquiry into logging on the mid-north coast after a fly over by former NSW environment minister Bob Debus claimed what he saw was forest  “vandalism” and a misuse of regional agreements to “plunder” native forests.

Regional Forest Agreements are due to expire in the next four years. Mr Debus was the minister who signed off on those agreements back in the 1990s. But he now says he was astonished by what he saw from the air during a recent tour of forests.

“These forests around Port Macquarie were once full of some of the biggest trees in the State. It is tragic to see what the last decade of clearing has done. It looks green when you fly over it, but on closer inspection it's just very young saplings, much of it weed-infested and much more fire prone,” he said.

“In fact the Ministerial Inquiry in 1996 was quite adamant that broad-scale clear felling was completely inappropriate for northern NSW forests and that it needed to be low intensity selection logging techniques where less than 35 per cent of the canopy was removed.”

The National Parks Association has now called for an independent inquiry into Forestry Corporation’s conduct.

Meanwhile Timber NSW General Manager Maree McCaskill said the NSW timber industry wanted to ‘set the record straight’ about the context in which native timber harvesting occurs in NSW State forests, where only ten per cent of public forests are available to meet the State’s hardwood timber needs.

“In accordance with prudent and proven silvicultural (forest growth and health) practices, the Forestry Corporation conducted a forest reset in the Kalang River area,” she explained.

“This entirely legal activity relates to a small proportion of the forest and was approved by the NSW Environment Protection Authority in accordance with its regulatory processes for forest management activities.

“In the past twenty years, the conversion of State forests to National Parks has halved the amount of timber that is produced and more than halved the land area available to supply it. Meanwhile, demand for NSW timber has more than doubled.

“Forest resetting can be visually confronting and is often mistaken for clear-felling. However, this resetting technique is a highly effective method for producing vigorous regeneration, as vital seed trees are retained. Surrounding areas are retained for high habitat and refuge areas.

Forest resetting occurs across NSW as part of forest regeneration to improve forest health and quality.

“This practice has been particularly applied to Blackbutt and Flooded Gum species for more than 70 years. In fact, forest resetting occurred as part of normal practice while Bob Debus was NSW Minister for the Environment.

“Foresters carefully assess the forest to determine the best silvicultural technique to apply. Factors taken into account include both biodiversity and timber values, with special consideration given to forest age, health and the species mix.

In some forests, only a few individual trees will be harvested, while in other areas larger blocks of trees will be removed to open up the canopy.