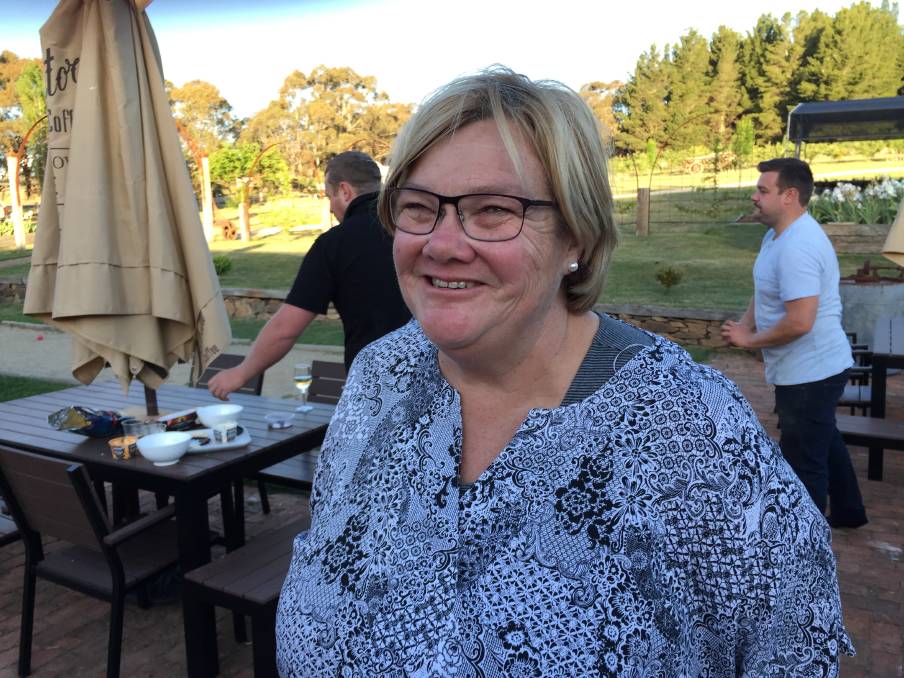 Every one of Vicki Lockwood's children are quick to point out their mum, and their dad Grant, created the family's business model and taught them how to use it.

ROCKED earlier in the year by the death of their patriarch, Grant Lockwood, the Central West’s Lockwood family has forged on with the business of keeping bees and embraced the diversity of interests inherent in any family.

Today Grant’s wife Vicki and their four children, John, Mark, Claire and Sam preside over thousands of beehives, a honey factory, a restaurant and reception centre, an antique store and a brewery.

Vicki is the first to admit she’s still taking it one day at a time.

She has built a memorial rock wall at Canobolas Gardens Crematorium and spends Saturdays flicking through the papers with her betroved.

And each Thursday evening the Lockwoods drop everything bar their mobile phones, which ring incessantly, and get together as a family, enjoy a meal, and a bit of banter.

Vicki insists on the gathering, reckoning that irregardless of the business, the intrinsic ties of love and life as a family trumps anything else.

The Land was lucky enough to drop in.

ELDEST son Jon has taken over the beehives.

He considers expansion the future of the business, servicing thousands of hectares of almonds being planted in Australia at the moment.

Australia’s counter-cyclical season compared with other large almond growing regions, such as California in the US, means trees in Australia can plug gaps in the global companies’ supply chains for fresh nuts.

Grant Lockwood immediately saw the immense value for beekeepers in the surge of almond plantings and began an expansion plan 12 years ago.

That’s why there is virtually no wax byproduct from Goldfields Honey, it all goes back into new frames.

This year Jon placed about 5200 hives under Olam’s trees on “Annuello” a 12,000-hectare plantation on the Victorian side of the Murray River near Robinvale, between Mildura and Balranald.

While the Lockwoods are by no means the biggest players – their 5000-plus hives were part of a migration of 200,000 to the almond plantations – they’re certainly intent on becoming a go-to force in the industry.

“We’d like to expand by 1000 to 2000 hives a year, but you’re really working eight months ahead for almonds, which start flowering in August,” said Jon.

“If your bees aren’t fit and strong by June or July then it’s too late.”

The bees’ fitness regime really kicks in just after Christmas in preparation for August.

As winter descends on the Central West, Jon takes advantage of its altitude, taking hives to more than 1000 metres above sea level as they slump into semi hibernation, to be fed sugar and high-protein pollen in preparation for early spring.

Post almond pollination the Lockwood’s bees are back in the Central West making honey, currently around West Wyalong and Quandialla, which picked up good rain in early August, the results of which bees can now capitalise on.

“Usually they’d be out around Forbes and Cudal, but they didn’t get the rain this year, so they were out of the equation.”

Jon has a network of people who understand weather patterns and their affect on floral resources.

If he gets a good tip then he’ll deploy test hives to get a true gauge of the resource.

“We put them on different resources and they sit on scales, the scales are satellite connected and I have an app on my phone that alerts me of any dramatic weight increase.

“If it goes up, we start moving hives, fast.”

But it is the network of experienced beekeepers that gives John inside information, a compendium of knowledge that certainly spans decades, but in many cases centuries, as multi-generational study of the seasons accumulates.

“There’s a brains trust of old guys, they know if something’s going to happen, just because you’ve got flowers on a tree doesn’t mean you’ll get honey,” he said.

Then there are the farmers who grant access to the Lockwoods’ bees each year.

“There’s hundreds of farmers who allow us access and we certainly couldn’t do it without their help,” said Jon.

“There are farms we’ve been visiting since dad started working bees (in the 1970s).”

Another potential source of growth for the Australian bee industry is manuka honey, predominantly used for medicinal purposes, such as wound treatment in patients recovering from surgery.

New Zealand is rich in manuka resource, where the honey is fetching $100 a kilogram.

“Corporations are operating there because there’s big money involved and it’s getting nasty,” said Jon.

“There’s hive thefts, there’s honey thefts, they’re doing all sorts of things like dropping hives on the side of mountains with choppers.”

Jon is not interested in the corporate approach to keeping bees.

“I’d rather just do it myself slowly,” he said.

“We’ve had superannuation companies looking to try and set up a big company, we’re not interested.

“Capilano has its own bees now, and they’re training beekeepers, but once again that’s mainly for manuka, up on the mid-North coast.” 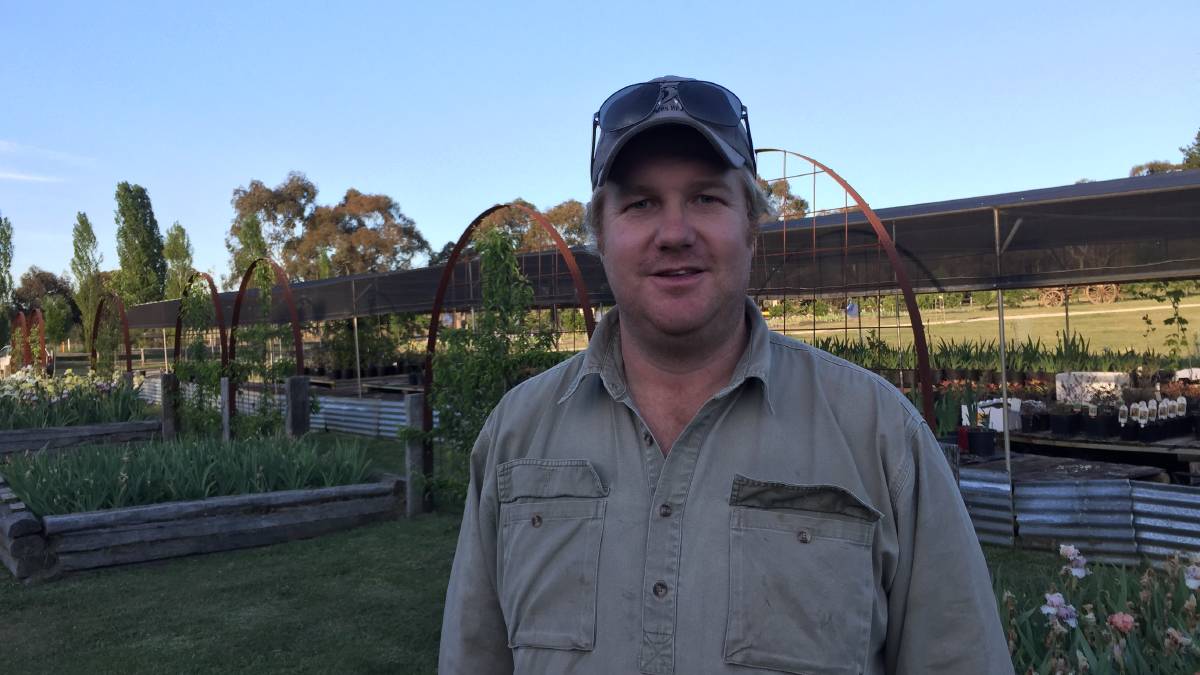 Jon Lockwood's vision is to expand the number of hives by between 1000 and 2000 every year.

HE DOES note, with some satisfaction, that beekeeping has just become an elective in the Higher School Certificate and beekeeping courses across the country – mostly to Certificate III – are booked out.

“We are trying to work with high schools,” said Jon.

Appropriately qualified staff are difficult to come by in Australia, which has led Goldfields Honey to bring in beekeepers on 457 visas.

“Handling bees is just not a common knowledge in Australia, a lot of blokes say it’s a 20-year apprenticeship, you really need to start as a box carrier and work your way up to know them properly.”

But education is a big kick start to getting more Australians into the business.

That is where John wants the industry to go and he wants to reward good staff with profit sharing.

“We’ve got one staffer on a percentage bonus at the moment, managing people, reading the bees, knowing whether to harvest or not, they are all very valuable skills to our business.”

I ask John as a lifelong connoisseur of honey, what his favourite is.

I then ask him what strain of honey is considered the equivalent of Beluga caviar.

He rolls his eyes and replies: “We’ve got a lot of marketing to do in Australia, most people don’t know honey well enough.”

Perhaps a step towards a better education will be commercially led, by a corporation no less.

Later this year ALDI is considering introduction of honey drawn from a straight line floral resource, being yellow box.

And if you buy honey from ALDI in NSW you’re buying the Lockwoods’ Goldfields Honey.

The yellow box line that may soon appear on ALDI shelves is the result of last winter’s rain and the response of the yellow box in the Central West. Mark Lockwood, 30, has imported brewing vats from the United Kingdom and his business is blossoming, supplying the cafe and high-end eateries and bars in the Central West with kegs or bottles of craft beer.

THE 1859 Brewery draws its name from the year what is now the Beekeeper’s Inn was built.

Originally a Cobb and Co. stopover, when it caught Grant Lockwood’s eye it was a lost cause.

Son Mark still shakes his head, casting his mind back to the state of the place when it first became Lockwood headquarters.

His baby in the family business is the brewery, currently producing about 800 litres of beer a week.

He makes a lager, a pale ale, a brown ale and an IPA (Indian pale ale).

Standing amongst his brewing vats he explains the stainless steel, timber-clad brewing vessels were imported from England.

Once pubs in England predominantly brewed their own beer on site, until duties put paid to the practice in the 1880s.

Mark is quite proud of maintaining such a tradition, and that’s a good thing because there’s no pub within cooee of the Beekeeper’s Inn at Vittoria.

“We make enough to supply the cafe and a few pubs in Bathurst and Orange,” he said.

But the list includes high-end bars and eateries, such as Orange’s Union Bank and Percy’s.

Most of the barley is sourced from Mallee or Wimmera crops in Victoria, the hops from Tasmania.

There are plans to begin making mead on site, but until then wineries may pitch in.

Mead is a fermentation of honey and water, aided by champagne yeast.

During mediaeval times, mead was part of the wedding ritual, the bride and groom being provided enough mead to last one moon, hence “honeymoon”. 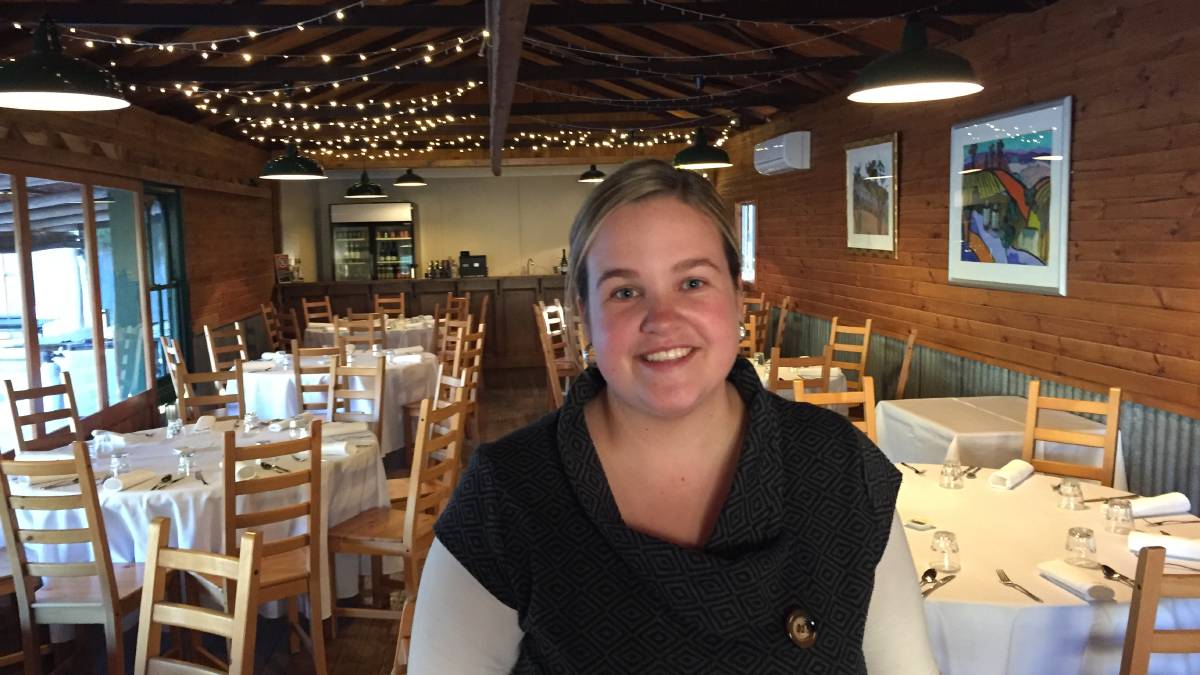 Claire Bennett (nee Lockwood), 27, manages functions and weddings at the headquarters of the family bee business.

From last month until March next year Claire will be overseeing almost a wedding a week, in between Christmas parties or functions.

She laughs when the logistical nightmare of making sure everything goes right on people’s special day is mentioned.

Her calm response suggests why she is cut out for the job.

Almost all of the produce, from eggs to vegetables and meats is local.

It was a philosophy her mother and father have ingrained into the entire business.

And from the Beekeeper’s Inn the entire retail range of honey produced by the family’s bees is laid out, the best hues highlighted by uplights that shine through clear glass.

Other shelves boast a range of local pastes, relishes, jams and boutique products. 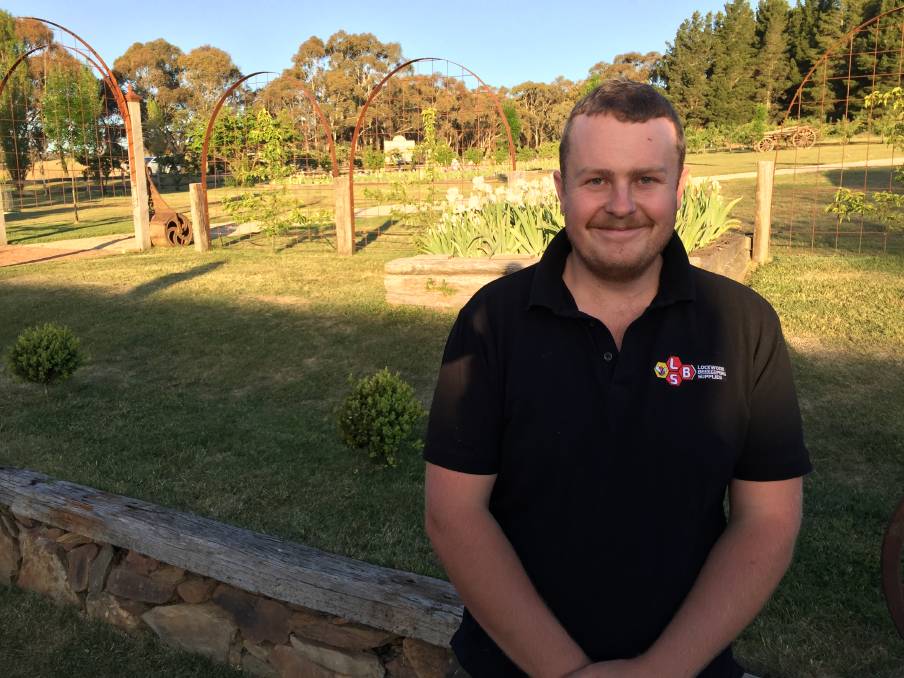 Sam, 25, Grant and Vicki Lockwood's youngest son, stands on the lawns and before the raised beds of specialised bearded irises and fruit orchard at the Beekeeper's Inn.

While it’s hard to imagine him stressed out, he explains the constant stream of food safety audits and occupational health and safety processes that must be adhered to.

Along with managing the honey factory, Sam has added another string to the family’s bow – retailing “nucs”, which are essentially starter hives for amateur beekeepers.

And he also oversees the sale of honeycomb that goes into both Australian and Asian markets.

Vicki, as she always has, shares her husband’s love of antiques.

She remembers well how chuffed Grant was when he managed to snare a bargain and then on sell it for what he reckoned a fair price, one he’d probably pay, and turn a bit of a profit.

As we farewell everyone the grandkids are running through the gardens, three chain away and safely within sight of everyone.

Tooling through the gardens, they’re stocking up on good memories as they go.