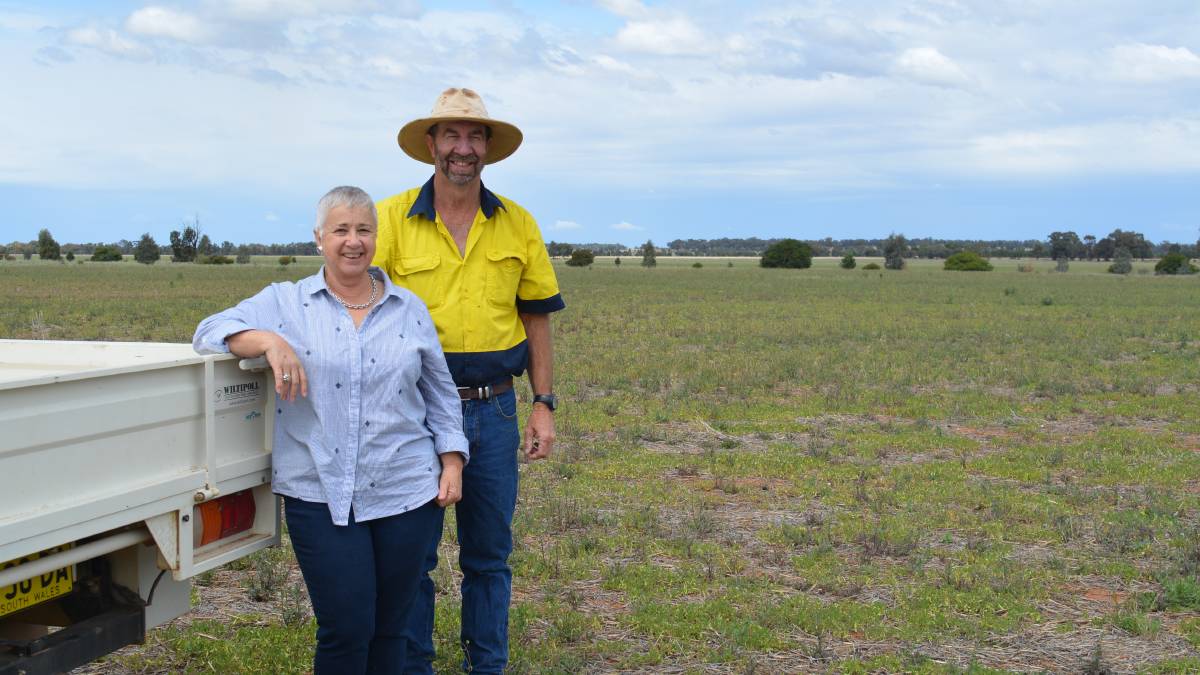 Velia and Mike O'Hare in a paddock of biserrula which had been feeling the pinch after a dry winter and spring. Mr O'Hare says the pasture legume recovers quickly after rain.

Start Mike O’Hare talking about biserrula pastures and it’s pretty hard to get him to stop.

Start Mike O’Hare talking about biserrula pastures and it’s pretty hard to get him to stop.

The south west NSW farmer is passionate about the key role biserrula, a hard-seeded annual legume, is playing on his family’s mixed farm at Beckom, west of Temora.

And he wants to tell other farmers about his success, particularly those further west of him.

He says biserrula has “unbelievable” persistence during dry times and can survive “false starts” when rain teases and then disappears.

The legume, native to Mediterranean areas of Europe and Africa, has fern-like leaves and can grow up to 50cm tall in good seasons although Mr O’Hare’s biserrula pastures have been struggling through a tough spring this year.

The O'Hares have been using Suffolk rams as terminal sires over Dorper-Wiltipoll and Australian White-Wiltipoll cross ewes for lamb production.

Mr O’Hare believes seed companies are staying quiet about biserrula because of its ability to keep regenerating strongly after each cropping rotation.

“The seed companies don’t want to know about it. They are not saying anything,” Mr O’Hare said.

“It’s (biserrula) got such potential in this environment and further west,” he said.

Mr O’Hare and wife, Velia, “Greendale”, are one of three finalists in this year’s NSW Farmer of the Year competition.

Mr O’Hare’s parents, Phil and Terri O’Hare, bought “Greendale” in 1963 and the property has been gradually expanded to 2200 hectares in 475mm annual rainfall country.

The soil across about three-quarters of the property is red-brown earth with the balance heavy clay.

The O’Hares produce canola, wheat and lamb in a rotational cropping and grazing system underpinned by nitrogen-fixing, hard-seeded pasture legumes which, besides biserrula, also include barrel medic and gland, bladder and arrowleaf clovers.

He discovered work being done by Belinda Hackney, a research agronomist at Charles Sturt University, on hard-seeded pasture legumes and she helped set up trials on “Greendale” in 2009.

Casbah biserrula (a public variety without PBR) emerged as the star performer.

About half the farm (900ha) has been planted to biserrula with the remainder a mix of bladder, gland and arrowleaf clovers. Barrel medic and gland clover are  planted on the heavier country.

Mr O’Hare said the introduction of hard-seeded pasture legumes, notably biserrula, was right up there with some of the biggest innovations during his time in farming including semi-dwarf wheats, canola and direct drilling.

The major focus during the first year of the pasture phase in each paddock is to achieve good seed-set to ensure regeneration after the cropping rotation. Mr O’Hare also regularly harvests seed for sale.

In the spring of the second year, the pasture is sprayed out prior to seed-set to conserve moisture, reduce disease carryover and prevent weeds from seeding.

Canola is grown in year three and wheat in year four prior to the cycle starting again with the self-regeneration of the hard-seeded legumes.

Mr O’Hare said the four-year break between like crops reduced diseases such as take-all and crown rot in wheat and sclerotinia and blackleg in canola.

The planting of hard-seeded pastures legumes isn’t the only major change on “Greendale”.

Poor wool prices triggered a switch in 2006 to shedding sheep originally based on Dorper-Wiltipoll cross ewes but Mr O’Hare has since dumped Dorpers in favour of Australian Whites.

Mr O’Hare, 62, said the switch to shedding sheep was also made to reduce the workload as he got older. 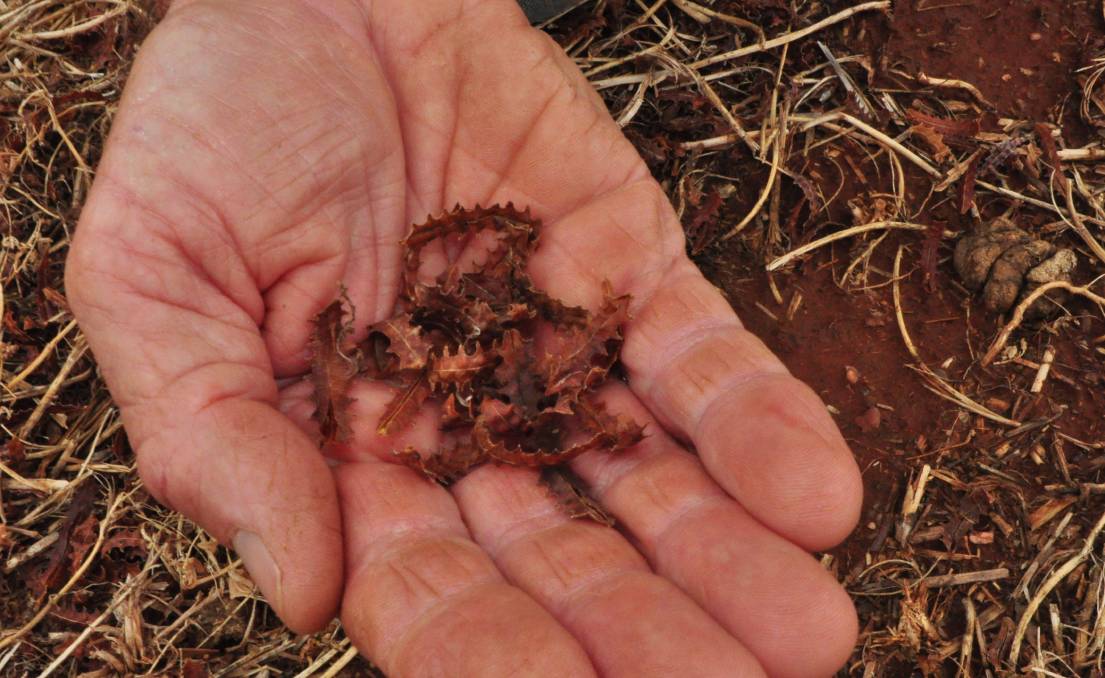 The O’Hares have about 600 pure Australian White ewes which are joined to rams from their own Wiltipoll stud.

They have a flock of about 1100 first cross ewes which are joined to Suffolk rams for lamb production.

But he said the problem was easy to manage (an early sign was sheep with droopy ears) and didn’t cause any lasting damage.