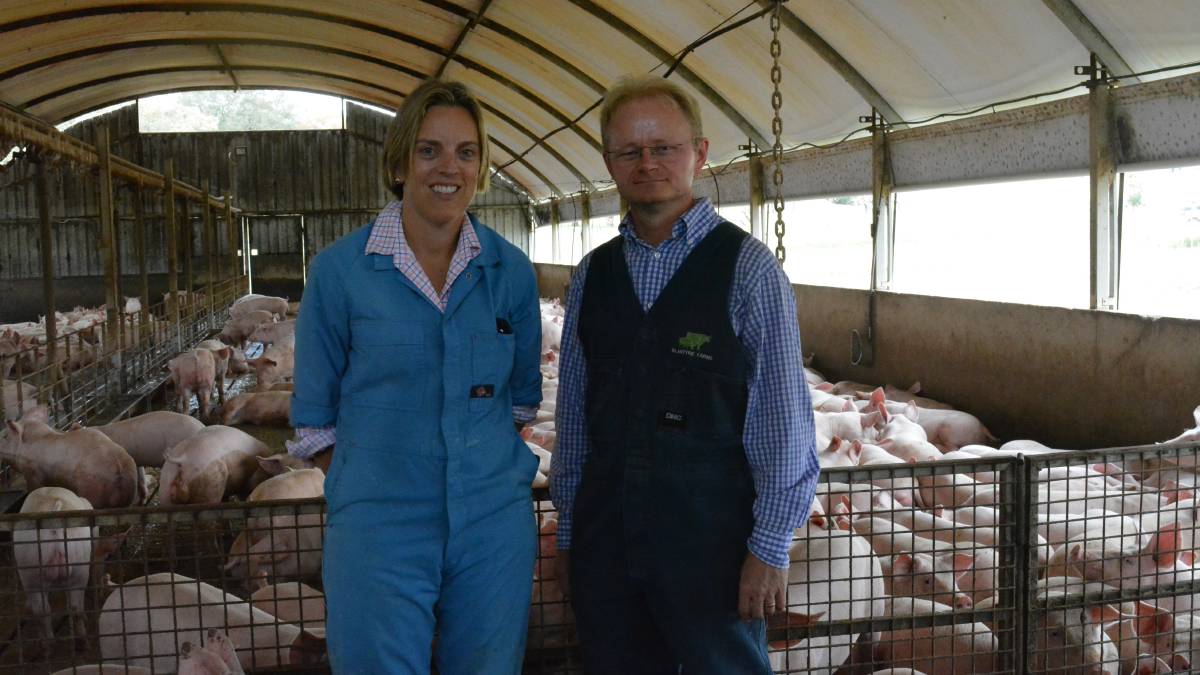 The Beveridge family at Young are using waste human foods as key ingredients in the diet of their pigs.

One of NSW’s biggest piggeries feeds its pigs a liquid mix that includes pet food, fish fingers and milk.

The unusual feed additives are part of an overall strategy at the Beveridge family’s Blantyre Farms near Young which is constantly searching for ways to produce pork in a cheaper, healthier and more sustainable way.

Dr Schipp was there as part of World Antibiotics Awareness Week. Blantyre Farms has slashed its use of antibiotics by 80 to 90 per cent after switching to Clostat, an active microbial originally isolated by Kemin Industries from the intestinal tract of healthy chickens.

Clostat is effective against pathogenic strains of Clostridium which can cause serious diarrhoea and death in pigs, especially piglets.

Blantyre Farms cultures Clostat in skim milk for 24 hours before spraying the solution onto the udders of lactating sows. This provides sucking piglets with protection without the need for antibiotics.

They have been advised by Dr Peter McKenzie, a specialist in pig health.

Blantyre Farms has large-scale operations on either side of the Murringo road with Golden Grove housing about 2000 breeding sows and Dead Horse Gully the grower sheds.

Liquid feed about the consistency of thick soup is delivered around the clock to the 22,000 pigs in the complex.

When feed troughs are empty, a sensor sends a signal for a refill. About 800 pigs are sent to a wholesaler each week at around 22 weeks and weighing 100kg.

Waste food products, most of which would end up in landfill, now provide key ingredients  in the pigs’ diet along with plenty of milled grains like wheat and triticale.

About 10 million litres of out-of-date milk and juice a year are trucked to Blantyre Farms from Sydney where they are unpacked into a storage shed.

The plastic containers are removed from cardboard cartons and fed into a machine which slashes open the containers to release the liquid. All the plastic and cardboard is recycled.

The Beveridges only pay the freight for the out-of-date milk and juice but have to buy the failed batches of grain-based pet food and fish fingers and fillets which are turned into a slurry in large holding tanks.

“We have the lowest-cost (pig) diet in the country, according to our nutritionist,” Ms Beveridge said.