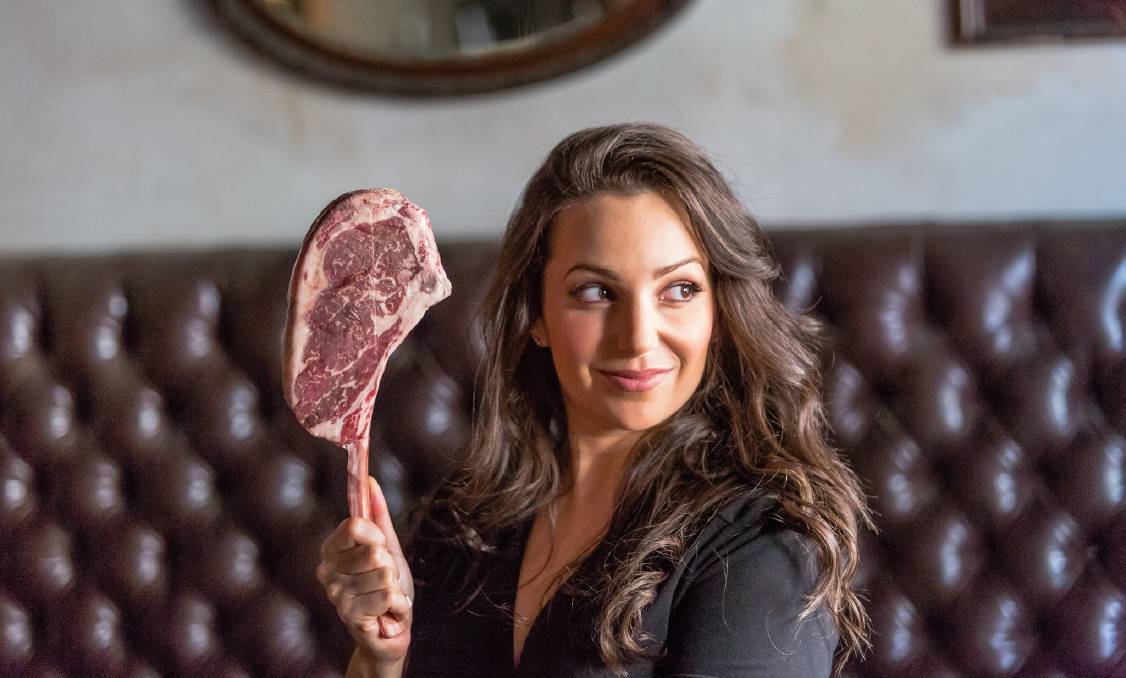 Food blogger Jess Pryles, the "hardcore carnivore" says her obsession with beef starts from a simple place - her love of eating it.

IN a world where we are starting to question whether something actually happened if it wasnt tweeted or instagramed, Australian beef should thank God for Jess Pryles.

The Melburnian who now calls Texas home and has become a powerful thought leader in the field of food blogging has single-handedly brought hundreds of thousands of foodies into the beef fold and is now singing the praises of grassfed Australian product.

She calls herself a hardcore carnivore and is as different from the typical cook, recipe writer and television host as it gets.

Her university degree was in communications but she has trained herself to become an expert in meat, visiting ranches, slaughterhouses, butcher shops' and every other business along the beef supply chain in her mission to become the goddess of all things that have previously moo-ed.

How did this unique career path develop?

My obsession with beef - cooking it, learning about it, understanding the science behind it - starts at a very simple place, being a huge fan of eating it, Ms Pryles said.

Jess Pryles website, which this week featured articles titled How to Make Freaking Delicious Beef Bacon and What Exactly is a Brisket, has around 300,000 visitors a month, while she has 64,000 instagram followers and 33,000 on facebook.

Any consumer insights expert will tell you its the new way to tap into the psyche of the home cook and grow new and valuable markets for beef - and it has been handed to our producers on a plate courtesy of Jess Pryles.

Consumers are becoming way more informed in terms of cuts and looking at more unusual steaks like flat irons and picanha, or rump cap, she says.

Without doubt, the biggest trend in the last few years has been the ride of American style low and slow barbecue cooking and smoking.

Brisket is the king cut for this style of cooking, and the folks who are into smoking are looking for bigger briskets left totally untrimmed.

I personally think people will start looking for cuts they are seeing in foodservice and restaurants, to try and recreate them at home.

Thanks to social media, people are way more confident about cooking at home and also attempting more complicated dishes.

I always loved a lamb roast - Im only human - and as I got older, beef steaks were my favorite, she said.

But I was too nervous to buy expensive meat in case I messed it up, and I didn't understand the difference between the cuts.

Meanwhile, she fell in love with Austin the first time she visited and the rest was natural evolution.

I was simply sharing the food I was eating while in Texas, then one day I decided that I didnt want to write about other peoples food anymore, Id rather share my own, Ms Pryles said.

It started with a few recipes which were really well received, and now theres hundreds.

I guess I had a story that people found interesting, which is what first got them paying attention.

Ms Pryles does all her own food styling and photography, article writing, recipe testing and research and development on new products. Recipe creater Jess Pryles has visited slaughterhouses and ranches throughout Texas in her bid to teach herself about beef.

Theres a seasoning line, a smoker line, plus regular classes and appearances . . I get kept rather busy, she says.

She has just released her first book, Hardcore Carnivore: Cook Meat Like You Mean It, launched in Australia in August and due to be released in the US in February.

The book was a natural fit, she said.

I publish so many recipes on the website but was definitely holding back on some special ones hoping for a book one day.

Its a meat lovers bible - a combination of methods, info and over 100 recipes.

The biggest differences between Australian and US beef comes via the sheer size of the animals, according to Ms Pryles.

The genetics in the US dictate much larger beasts and the majority of product available in grocery stores is grain fed, she said.

Australia has superior grassfed product for sure, and also better access to it. Its so easy for Aussie consumers to get their hands on some really nice grassfed stuff - finished with a generous amount of marbling. After all, fat is flavor.

Australian beefs reputation in the US was still in its infancy, but could easily gain traction, she said.

Most consumers arent aware that so much trim/mince makes its way over here, she said.

Australia cant really compete in the US with the grainfed product but Id love to see premium Aussie grassfed and Wagyu product really start to take off here. 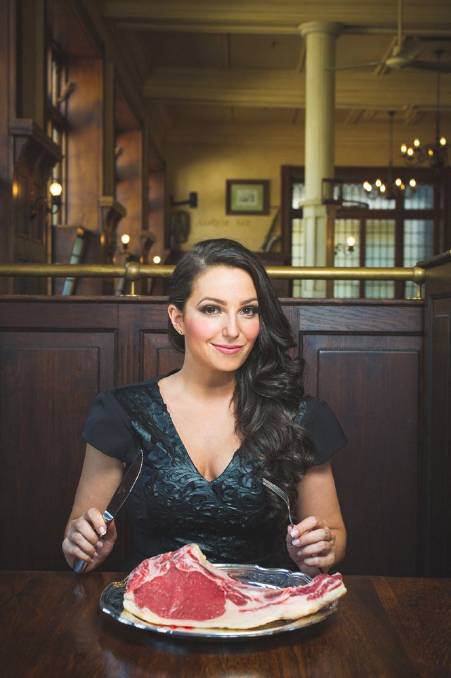 Steak is the personal favourite of food blogger Jess Pryles.

As for the anti-meat campaigners, Ms Pryles said they generally leave her alone.

I think that is because Im so vocal and I have information and logic to backup an argument, she said.

Plus, I can talk and argue longer than just about anyone I know.

Her favourite all time recipe?

You cant go past a perfectly-cooked steak, she said.

I use the reverse sear method. If its been a little while since Ive had one, I find myself craving it. Ribeye is usually the go-to cut, but I do end up eating a lot of porterhouse because it looks better in photos!