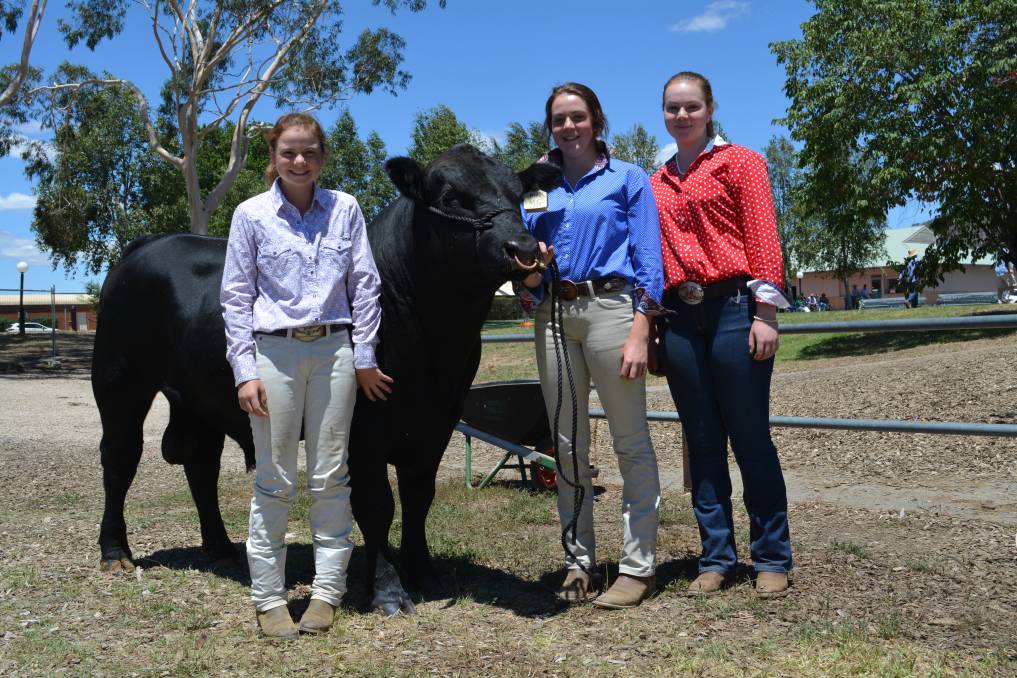 The Cargill sisters at Braidwood are passionate about the Angus breed and the beef industry.

THEY’RE the fourth generation to breed Angus cattle, but the Cargill sisters at “Billaglen”, Braidwood, NSW, have taken it a step further with their stud operation.

They’re all members of Angus Youth, and in the past eight years, with the help of their parents Ian and Noelene, they’ve built up their Billaglen stud to include about 75 breeders.

“I found an interest in showing cattle and I had a deeper interest in the industry so we looked at registering the stud,” Hannah said.

“We went to the Sydney Royal Show, and a couple of stud sales, to buy a few heifers.

“We bought females from Millah Murrah, at the Forres Angus dispersal, and more recently we’ve got a few K.O. Angus heifers.”

“We imported some genetics from Stern Angus in New Zealand two years ago so a few of those calves are on the ground and we had one at the Angus Youth Roundup this year,” Hannah said.

“The goal is to set up an on-farm sale, but at the moment we’re just building the herd, getting more breeders on the ground.”

The Cargill family is focusing on a moderate- to large-framed carcase, with a focus on producing good quality commercial bulls to be used in weaner operations.

“A lot of people in our area are focused on the weaner market so we’re producing bulls with good early growth to suit that market,” Hannah said.

The stud is run alongside a commercial herd of about 500 breeders, as well as a 1200-head prime lamb enterprise.

Hannah said Angus cattle were suited to the climate, and temperament had played a big part in the girls’ involvement with the breed.

“Angus cattle are generally quiet, easy to work with, and there are so many different opportunities within the Angus breed.

“They’re good in crossbreeding or pure herds and there are many different market opportunities.”

Being Angus Youth members has given the sisters access to workshops about everything from breeding to meat marketing – helpful tools in running the stud.

“There are workshops on breeding programs and the use of technology like AI, meat marketing and market specifications, as well as where the breed can take you in the future, with university and a career,” Hannah said.

“They give you an insight into all areas of the industry, from paddock to plate.”

All three Cargill sisters attended the recent Angus Youth Roundup held at Wodonga, and they had plenty of success, with their 17-month-old bull Billaglen Man of War M5, exhibited by Hannah, being named champion bull of the show.