Workers were evacuated safely but damage is expected to run into the millions at South Australia's giant meatworks. 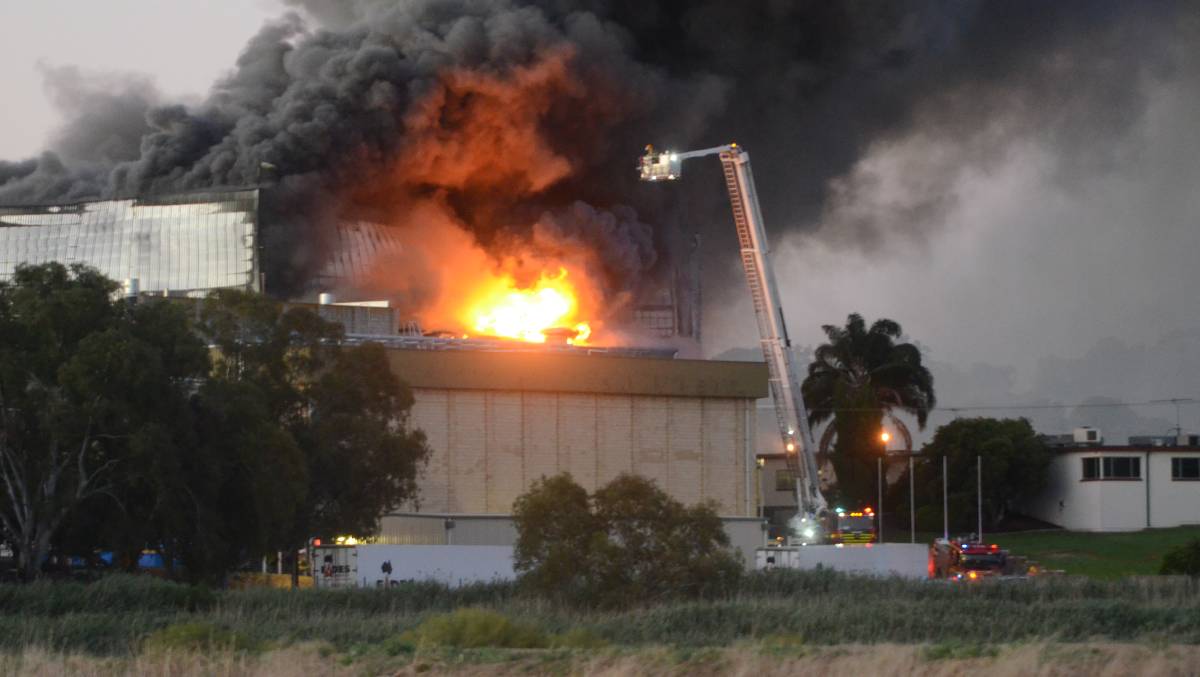 All employees were safely and quickly evacuated, but the factory's largest building was destroyed at a cost which will likely run into the millions of dollars.

The company issued a statement just after 10pm, saying the cause of the fire and extent of the damage were yet to be determined.

"While this is being assessed, the company is making alternative processing arrangements to meet our customer requirements," it said.

The Murray Bridge abattoir is TFI's largest, but it has smaller facilities at Lobethal; Tamworth, New South Wales; and Wallangarra, Queensland.

The local facility’s production lines will be closed for Thursday at least, and only senior managers and office staff will be required on site; the company will contact other employees in the morning.

SA Police advised that the fire had been contained to the one building, but that extensive damage had been caused.

Investigators will visit the premises in the morning.

The Metropolitan Fire Service (MFS) advised that the threat to public safety from the fire had passed by 10.30pm, but police suggested keeping doors and windows closed to shut out any smoke.

At least 80 MFS and Country Fire Service firefighters from 25 units are estimated to have been involved in the fight.

They were still monitoring the scene at 10.30pm, and SA Police said they would remain throughout the night.

Post by Nathan Koenig captured this footage of the fire burning at Thomas Foods International, January 3, 2018 .

It is not yet clear what impact the fire will have on the company's hundreds of employees, a mix of locals and migrants on skilled work visas.

TFI is Australia's largest family-owned meat processing company, with an annual revenue in excess of $1 billion.

Help us tell this story

Smoke and flames are pouring out of the largest building at the meat works, and dozens of MFS and CFS officers are combating them as police ward off a growing crowd of onlookers.

The fire reached a fifth alarm, which an MFS spokeswoman said indicated it was “quite significant”.

The MFS issued a warning message for residents of Northern Heights and surrounding suburbs, advising that smoke is drifting across the area – as almost anyone in that area would have noticed.