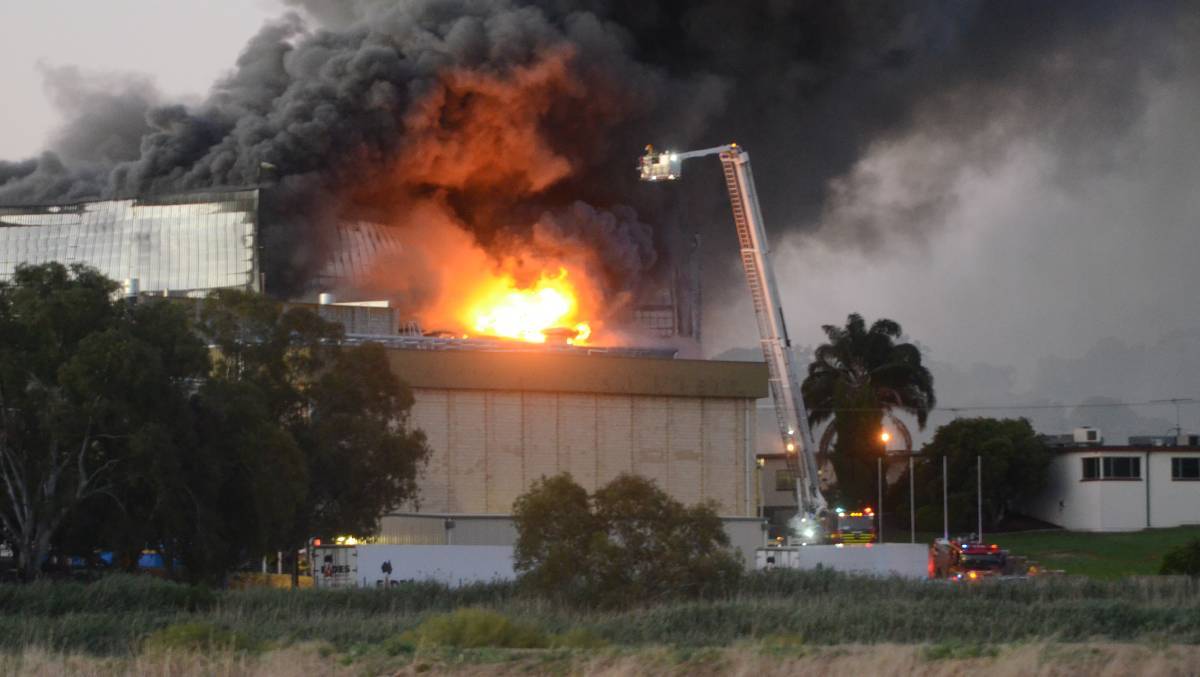 A union official says he doesn't believe Tamworth will host any workers from Thomas Foods' Murray Bridge abattoir - but Inverell could step in.

Permanent employees are on two weeks’ leave and a union official says there are no plans for any workers to come to Tamworth, a week on from a blaze in a South Australian abattoir.

But Inverell’s Bindaree Beef says it is interested in taking on any staff who lose their jobs from Thomas Foods International (TFI), and could even help them relocate there.

As the clean-up began on Tuesday after the January 3 fire at TFI’s Murray Bridge processing plant, backpackers had become the first workforce victims.

TFI chief executive officer Darren Thomas confirmed on Monday he had “ceased the temporary employment arrangements for the 417 visa workers”.

Australasian Meat Industry Employees Union (AMIEU) spokesman Grant Courtney said the South Australian branch had been “having a range of discussions” with TFI and other employers.

He said he was not aware of any plans for Murray Bridge staff to be moved, temporarily or otherwise, to Tamworth.

“It’s my understanding there will be no impact on the Tamworth operations,” he said.

The Leader has contacted Thomas Foods International in Tamworth and its national media representatives for comment.

TFI chief executive officer Darren Thomas said the day after the fire there was “the ability to redeploy staff” to other plants.

Mr Courtney, the AMIEU’s Newcastle and northern NSW secretary, said on Tuesday Tamworth was off the cards – but Inverell was on them.

“What I can say on the record is we’ve been having a range of discussions with other employers to provide suitable employment to the unfortunate people who lost jobs from the Murray Bridge operations,” Mr Courtney said.

“The discussions we’ve had with Bindaree are that they’re willing and happy to provide some relocation assistance for those workers to go up there.

“We’re quite happy to be the conduit; we have hundreds of members at the Murray Bridge operation and we’d like to be able to find them gainful employment.”

Bindaree Beef human resources group manager Maureen Rae said the business was indeed standing by for applications from any laid-off workers, and was “looking at packages that would potentially help people with some relocation as well”.

“If we can help these guys relocate – this has obviously been a tragic event for them – we’re here to do what we can,” Ms Rae said.

“For someone who wants to relocate, Inverell is safe and secure for families; it’s a good regional town.”

Ms Rae said Bindaree would be particularly interested in skilled meatworkers such as boners, slicers and slaughterpersons – who could be overseas workers on 457 visas – but semi-skilled workers such as labourers, general hands and knifehands were also sought.

“We would absolutely consider 417s who have worked in the industry and have experience; they’re invaluable,” Ms Rae said.

Ms Rae said Bindaree “[didn’t] have a lot of intelligence at this stage” about any plans for the balance of the TFI workforce in Murray Bridge.

“The feedback we’ve had today is that the business will provide more details towards the end of this week in regard to their plans.”

Mr Thomas said in a statement on Monday that TFI was “focusing on a range of options to assist employees affected by the fire at Murray Bridge”.

“Our senior management team met with the Australian Meat Industry Employees Union this morning and together we’ve agreed to work collaboratively in ensuring the best outcomes for affected staff.

“The Murray Bridge workforce will be on two weeks’ leave as of today as we work through our redeployment strategy.

“We have spoken with labour hire agencies and ceased the temporary employment arrangements for the 417 visa workers at Murray Bridge.

“Our family company is committed to Murray Bridge and we are taking a long-term and sustainable approach to the recovery and rebuild.

“As such, we are not in a position to provide any further detail on our employment strategy.

“We have received numerous offers of assistance from a range of organisations, local businesses and the government, which have been much appreciated.

“We are also aware of other local businesses offering temporary positions.”