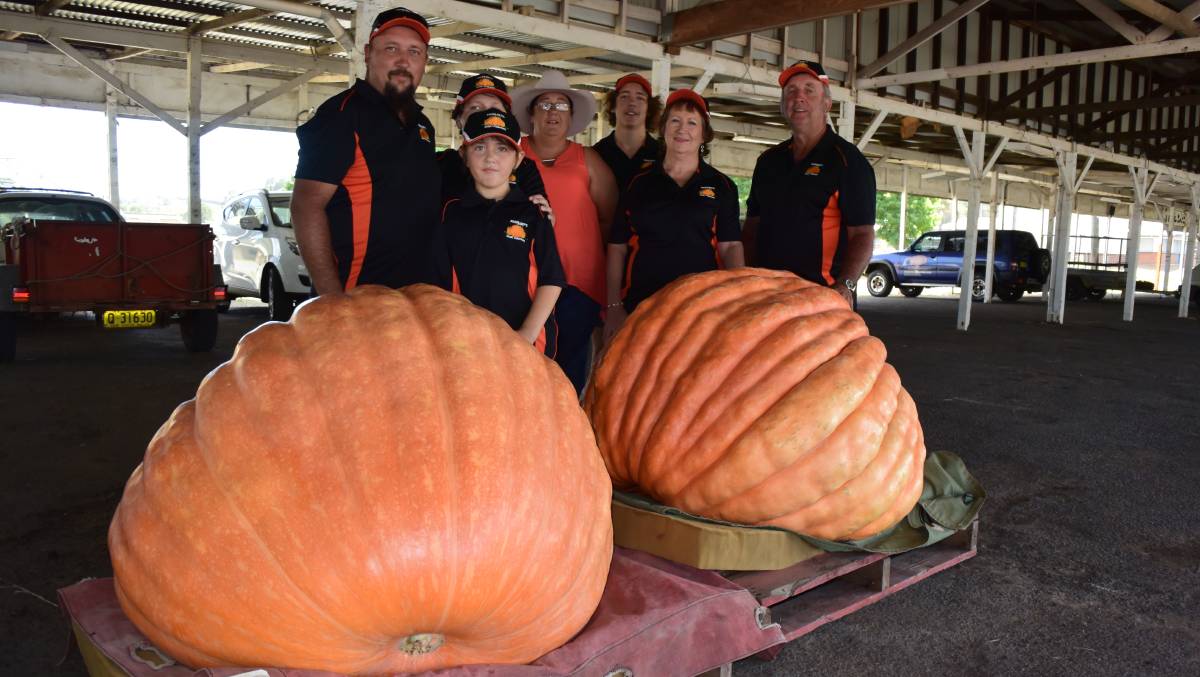 The North Coast giant vegetable competition was held at the Lismore showgrounds on Saturday, with giant pumpkins taking the heaviest accolades.

Heavy contenders competing for a trophy at the annual sub-tropical Giant Vegetable Growers Association weigh-off in Lismore on Saturday gathered more for the social celebration than any flexing of muscle.

None-the-less, competition was fierce, with a veteran of many trophies, and a former Aussie champ, nurseryman Dale Oliver, Knockrow via Bangalow, taking away the title.

His “salmon” coloured pumpkin, grown on a well prepared bed under shade weighed 362kg after a season best described as challenging.

Further west near Kyogle, Rukenvale dairy farmer John Leadbeatter had produced a certain champion, an orange monster that used to weigh 585kg before it lost its battle with rot one week out from the show. His sure-thing rotted from the inside and melted out the front, around the stem, despite an all-alert presence of volunteers –  mostly his cousin Steve who is caretaker at the Kyogle showgrounds –  and who cooled the beast with electric fans before daubing its weeping wounds with sulfur, all to no avail.

It has already been chopped up to retrieve seed before the fruit was fed to beef cattle. Mr Leadbeatter, busy recording weights and names at Lismore, was reflective saying “at least I can say I’m up with the best”. 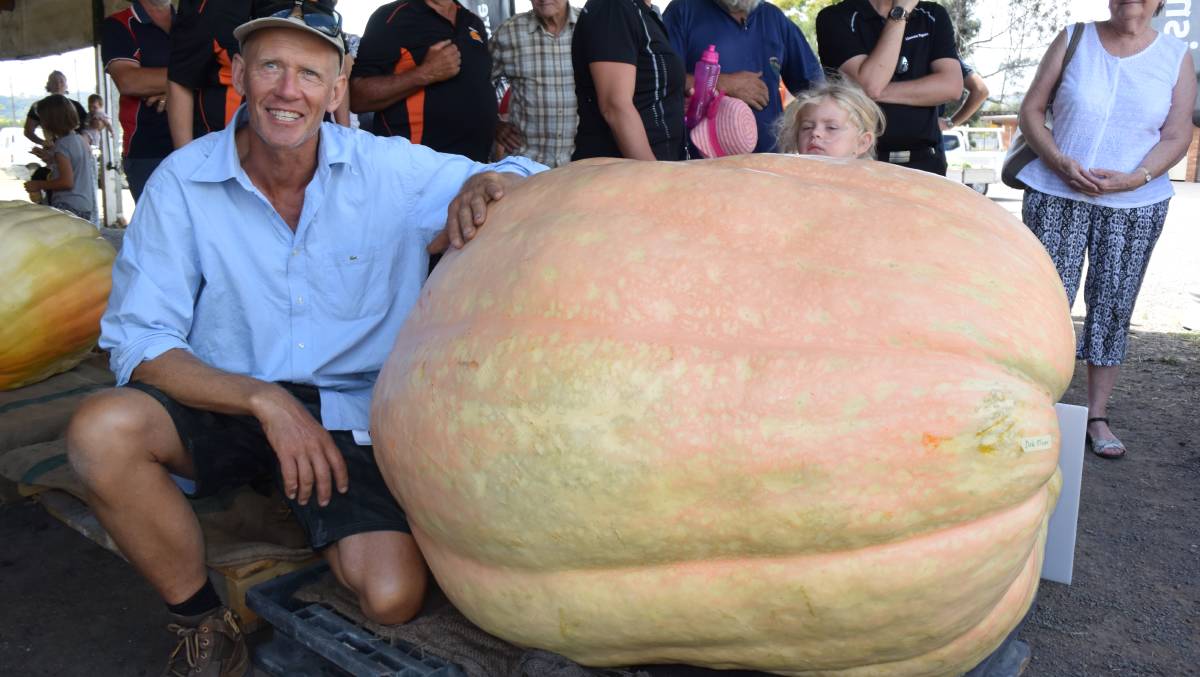 Geoff and his son Tony Frohloff, and family, from Minden, between Ipswich and Gatton, Qld, came south to defend last year’s title and presented two giant pumpkins, 316kg and 283kg, grown by father and son team Geoff and Tony.

“They love water,” said Geoff who started in the sport in 1991, taking out the heaviest pumpkin in the southern hemisphere one year later. His weight then of 200kg pales in comparison to today’s efforts, with global sharing of giant seed - most originating in eastern Canada and the north-east of the US.

Garry Smith, Doubtful Creek, weighed in at 268kg, with a white pumpkin dominated to the “guess the weight” competition has 200 seeds in his refrigerator crisper all donated by keen members of the global giant growers’ guild.

New biosecurity laws designed to keep out cucumber mosaic virus now means two out of a packet of 10 seeds will be exposed to harmful radiation for testing, rendering them sterile.

“I had the opportunity to get a single seed from the world’s largest pumpkin, and one each from its parents, but it as they were shipped one by one they wouldn’t have made it into Australia,” he reported.

Dale Oliver, who was a former Australian champion –  with a white pumpkin weighing 743kg, said seeds from the Holland family near Seattle, Washington, particularly those going back to a champion that weighed 1666 pounds, had proved best for North coast conditions.

“I believe the Holland seeds throw better pumpkins for our conditions,” he said –  noting the white skin reflected heat whereas the traditional orange pumpkins absorbed it. The orange skinned variety also tended to have thinner husks, which accelerated damage from rot.