Dams are drying up, water is scarce and cattle are hungry. +38
Take a look at how the Maitland area has transformed into a scorched landscape.

Danny Stork (above) should be three metres under water. Instead this dam is merely a puddle.

Look around the rest of his family’s farm at Glen Oak (right) and the outlook is grim. The once luscious pastures have turned to brown, the grass is dead and the cattle have no feed.

Five of the six dams are dry, all of the creeks are barren and there’s no relief in sight. The only green in sight are the leaves on the trees.

It’s a story all too similar around parts of the Lower Hunter. The lack of rain has left many farmers struggling as they battle the worst drought in over two decades.

Dams are drying up and cattle are hungry. Some farmers around Dungog and Gresford have already run out of water and been forced to sell their cattle despite prices being right down.

Two of the farmers who come to the city’s Slow Food Earth Market have run out of water and another is relying on suitable salinity levels in the Hunter River to be able to irrigate the crops.

The rise in the number of cattle hitting the market has started to bring prices down with farmers losing $200 on an average animal. It’s strange to look around and the leaves on the trees are the most vibrant object on the horizon.

Drought isn’t a scenario we encounter often in the Lower Hunter.

I’ve lived on the land my whole life and I’ve experienced way more floods than droughts, but here we are battling a crippling drought that resembles the dry times of the early 1990s.

The further you travel into the countryside from Maitland the more the landscape dramatically changes.

There are barren pastures, dry dams and hungry cattle.

Already two Slow Food Earth Market Maitland farmers are totally out of water and another is relying on suitable salinity levels in the Hunter River to keep vegetable and lucerne crops alive.

Tom Christie and Dominique Northam, who have a farm near Dungog, had been using a dam to irrigate their crops until it went dry. 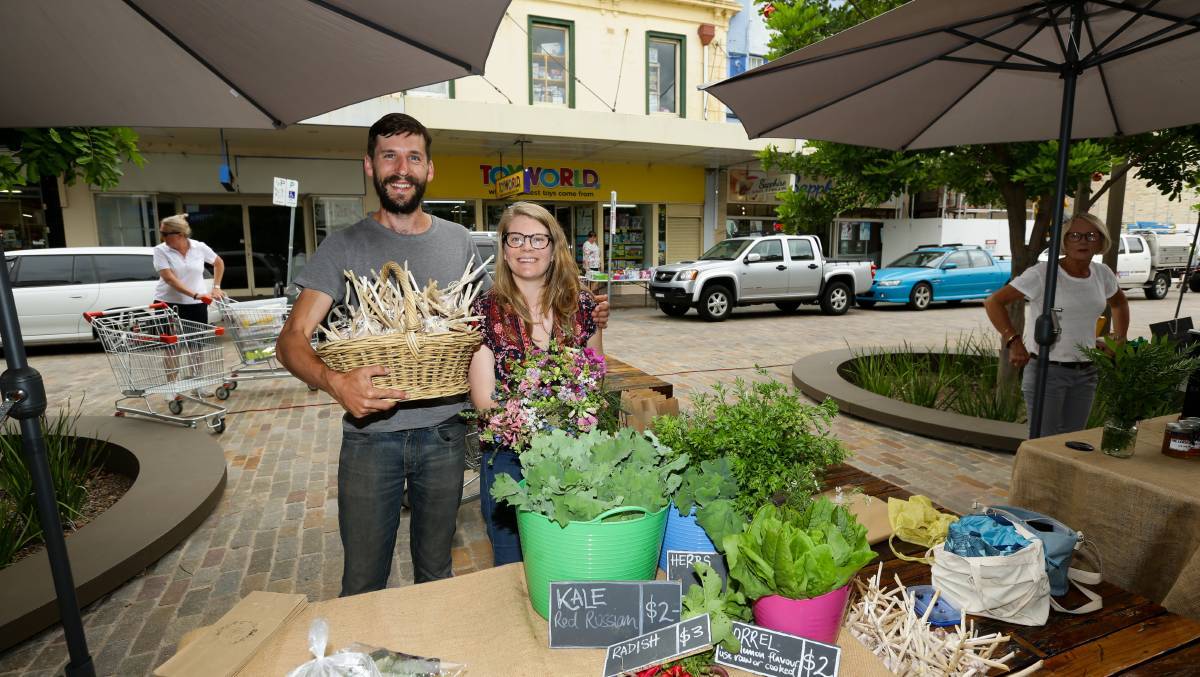 “The dams are dry everywhere around here,” Ms Northam said.

Oakhampton farmer Austin Breiner has lost most of his crops because of a lack of water and is carting water to the property to keep some tomatoes and eggplants alive.

Matthew and Liam Dennis are closely monitoring salinity levels in the Hunter River so they can irrigate their crops. It’s the driest Matthew has seen it since he moved to East Maitland 28 years ago.

After months with little – or no rain – the land is screaming out for it.

Unrelenting hot weather during January has also burdened farmers, ripping moisture out of the ground and forcing the grass to die more quickly. While it often brought storm clouds, and lightning shows on the horizon, there was precious little rain and on the rare occasions when it did fall, it was sporadic.

When grey clouds formed this week hopes went up, but there is barely any rain predicted.

It’s a frustrating situation for the Stork family at Glen Oak - 29 kilometres out of Maitland – who desperately need decent rain.

Five of their six dams are dry and the many creek beds are barren. WATER SHORTAGE: Five of the six dams on the Stork property at Glen Oak are dry. Picture: Belinda-Jane Davis

The paddocks are scorched and there are only 20 bales of hay left in the shed.

Their 100 head of cattle are being hand fed light rations in the hope that rain will come soon.

If it doesn’t, and they run out of water, they’ll be forced to sell the entire herd.

If their water supply holds on they can buy in hay, but that’s a very expensive, short-term option.

If there’s no water, there’s no cattle, it’s as simple as that. Feed and water is everything, things are very serious. It hasn’t been this dry since the early 1990s, the dams haven’t been dry since then, - Farmer Danny Stork

Mr Stork said the property, which normally has a green veil that meets the horizon, needed a lot of rain to recuperate.

“We need heavy rain to run off and fill the dams and we need soaking rain to penetrate into the ground,” he said. HEATWAVE: A pumpkin vine struggling with the lack of water, and the heat.

He said some farmers around Dungog and Gresford had already been forced to sell their herds after they ran out of water.

While the drought here isn’t as severe as the Upper Hunter, a couple more months of dry weather would push this area into desperation, he said.

Everyone’s in survival mode waiting for that good fall of rain. We have to get a break in the weather and we have to keep our eyes looking to the sky and hoping. We want 100 millimetres pretty much straight away. We usually get a break in February so let’s hope that happens, - Tony Bowe

Cattle prices at the saleyards have fallen 80 cents to $1 a kilogram, compared with this time last year, and will continue to fall if nothing changes.

That means farmers are losing around $200 on an average animal, and if it stays dry, that figure will rise.

The drought is confined to the Hunter so there are still buyers from across NSW, and some from interstate.

“There are still pockets of feed around, the New England has been pretty good and south of the state into Victoria has been very good so there are still plenty of places to go with cattle,” he said. “With the transport out there today you can buy a B-double load of cattle in Maitland yesterday and they would be in Victoria today.”

Rain has been scarce in Maitland since July when 0.5 millimetres fell.

Between July and December Maitland received 175 millimetres – half the rain that usually falls. It was the lowest rainfall for that period since 2012.

Mr Bowe said farmers making hay were feeling the pinch if they could not irrigate.