Young farming representatives from Cudal, Moree, Tamworth and Armidale were at parliament house this week to tell business, academic and policy minds what exactly was standing in their way. The roundtable was convened by NSW Labor ag spokesman Mick Veitch in response to the “number one issue” he hears on the road.

IT’s fair to say young farmers would do well to start with hard work, the right relationships, and a good grounding in finance.

But should they accept the traditional concept of land ownership is gone?

In a rapidly evolving ag landscape, should they be urging the old guard to help boost young farmer empowerment and diversity?

Or do they need to practice patience and move away from the belief they will be cut a cheque?

According to a roundtable in Sydney this week, what is clear is that, despite advances in information sharing and the emergence of different business and finance models - the barriers faced by young producers are different to those of the past. When asked if inheritance gender bias was more a result of older men in the industry and unfairly put upon those 35 and under, Professor Derek Baker said attitudes towards female inheritance was one aspect of a fairly complex problem.

Young farming representatives from Cudal, Moree, Tamworth and Armidale were at NSW parliament house to tell business, academic and policy minds what exactly was standing in their way.

The roundtable was convened by NSW Labor ag spokesman Mick Veitch in response to the “number one issue” he hears on the road: land ownership and finances for young people.

The youth farming sector has not sat stagnant in recent years, however. Crucially, developments have included the formation and $6m funding of the DPI-NSW Farmers Young Farmer Business Project for four years.

The initiative has seen 18 bank-ready workshops completed statewide with an average attendance of 20, with a new one-on-one coaching program also underway.

However, NSW Farmers chief executive Matt Brand, also in the room on the day, said the way forward was not as simple as handing out cheques.

“We can’t expect the taxpayer to completely fund someone’s dream to get into a specific industry,” he said. The youth farming sector has not sat stagnant in recent years. Crucially, developments have included the formation and $6m funding of the DPI-NSW Farmers Young Farmer Business Project for four years.

“The family business is 100pc… still going to be a large part of things. But there are going to be a number of different models. There is no way we will be able to facilitate (most young people) to purchase a property in the wheat-sheep belt of NSW. And that’s down to the cost.

Tim Carroll, 33, Cudal, is the chairman of the NSW Young Farmers .

He said hard work, relationships and the right type of financial education were the three pillars of success.

“A lot of young people are thinking about ‘I want’ instead of ‘how do I get there’,” Mr Carrol said.  “In my opinion they put too much onus on land ownership. We need to get away from that a bit.”

Aside from running a contract spraying business Mr Carroll is in a profit-share farming partnership at Cudal. The person he’s in partnership with owns the land and has an off-farm job. Mr Carroll does the work on the farm. They both put 50 per cent of costs in and both take 50 per cent of profits out.

Both men have contributed machinery and equipment (“He had a tractor and a truck, I had some spray rigs and motorbikes”) and have also bought and sold livestock through livestock mortgages (“There are options there to buy and sell livestock outside the major banks”.)

“I’ve got enough in that property now so when I do find a place I can lump it down as my 40 per cent (deposit).” Amelia Williams, a former journalist for The Land, who now works for NSW Farmers at Moree, said sharing positive farming stories was crucial.

“I’m not saying profit sharing is for everybody. If you’re an old farmer it’s very difficult to say I’ll take a young bloke on and step aside and bank you into it, particularly if you haven’t had a relationship with the person you’re going into business with.

“But I love nothing more than the knowledge of the bloke who owns the place. If there’s a broken water pipe, he knows the property and may have looked at it before. If I want to go away he’s happy to poke around with the sheep and cattle and sit on the tractor.”

Mr Carroll said the million dollar question was how to effectively connect young people and willing landowners beyond worth of mouth and networking.

“I don’t think it’s a position for the government to become a matchmaker,” he said.

“And if you start handing out money, all of a sudden, everyone wants money. You hand money to a young farmer means they are also going to be handing money to a young hairdresser, a young butcher, whoever. So I think we could be opening up a bag of worms.”

Another in the room, Hunter White, Mudgee, spoke of his experience as a manager in a profit- share arrangement. 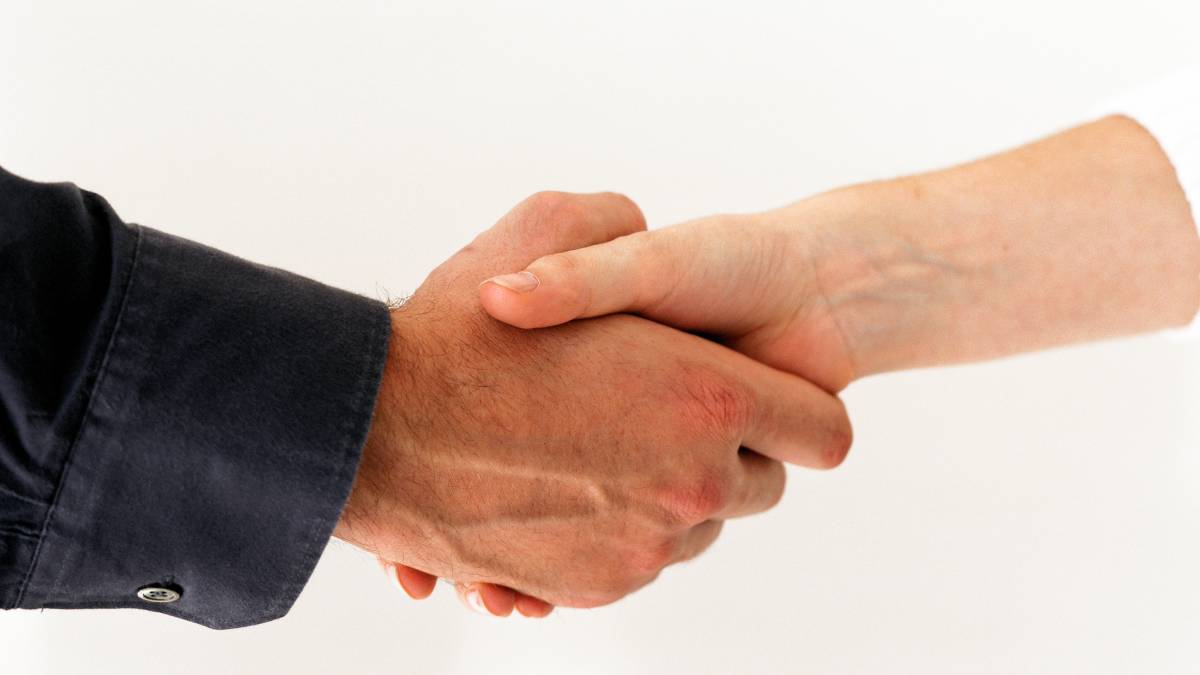 The 62-year-old vice president of the Royal Agricultural Society of NSW said risk factors in agriculture were a major hurdle.

“It can be a very complex arrangement, profit sharing,” he said.

“It’s a challenge because we do the same thing each year and the results are different because of the weather.

“What I’m seeing and participating in is uncoupling of the land asset from the farm business, leasing farms…. that alleviates some of the issues that seen with profit sharing. You have a completely holistic approach to it and you’re completely responsible for the outcome.

Professor Derek baker of the University of New England said there was, without a doubt, capital barriers  for young farmers.

“The return on land is not as high as the return on a piece of industrial equipment in a factory or even a piece of equipment or animal on farm,” he said. “So land is a somewhat unproductive asset, though it has a lot of speculative value”.

“One approach to the barrier is eliminating the purchase of land, going into share farming arrangements and the like. There are a number of examples around of farmers of a retirement ages leasing out their property while continuing to live on it. “It is also important to think about inheritance and succession and those routes of access on farm. A great deal of research goes into this, and of course the question is: Do farmers have a succession plan or not? What kind have they got? IS it one that incorporates the prospect of the children of the farm not wanting to come back and take over?”

Professor Baker also said it was important to recognise a gender bias when it comes to inheritance and succession.

“Many of us have it in our heads that it is the oldest son or another son that inherits,” he said.

“But it may be the case that some of the succession planning, and the instruments that facilitate capital for young farmers, are not suited to young women as well as they are to young men.

When asked if this bias was more a result of older men in the industry and unfairly put upon those 35 and under, Professor Baker said attitudes towards female inheritance was one aspect of a fairly complex problem.

“There are some structural issues there. The usual types of career path stories. Taking time to have a family, meaning career path blockages are there. But you’ve probably got that on one hand and the issues around succession on another. NSW Farmers regional services and sales manager Jonathan Tuckfield said financial literacy was just as important for older farmers, adding that many were not up to speed.

“I think our generation is open to employing either gender, but a lot of the time the people who are employing you are older. When I started work (with cattle breed societies) three years ago, I copped some backlash because I was a woman.

“It was like, ‘yes I know what a cow looks like, I’ve just spent three years working in the channel country on a 1.2m acre cattle station’.

“Financial literacy is so important,” he said. “From our most recent survey of our members that is the most important thing they  want to hear about and learn about.

He pointed to the success of the Young Farmer Business Project and bank ready workshops and said he welcomed the program being broadened to coaching.

NSW Farmers regional services and sales manager Jonathan Tuckfield said financial literacy was just as important for older farmers, adding that many were not up to speed.

“I find it interesting that If I wanted to go buy a McDonalds or a Telstra shop, the owner will give me their business plan, their financial plan, they can articulate very clearly the goodwill or intellectual property I’m buying,” he said. “If I wanted to go buy a farm, the majority of people would have nothing to give me that shows me the value of the business.

“The message hasn’t gone through that small business means farmers as well, that they should be involved in these conversations.”

Tim Carroll said it was crucial that knowledge was shared between outgoing farmers and incoming farmers.

“Some people don’t even know how to go to the bank and borrow money for a car let alone borrow millions of dollars for a property. And then how to budget and pay for it,” he said.

“But I get a lot of calls from people as chair of Young Farmers and none of them have brought a full proposal to me with their budget. Their proposal is ‘I want to run cattle’. Not what their profit margins are, how much they want to make, who they're paying their money back to.”

Other factors discussed raised at the roundtable were many and varied.

Ms McDonald said it was hard for young farmers to find the information they needed.

“We could set up as a network for people new to the industry, whether they’re 21 or 31 or 41… I’m sure in other industries there’s those help avenues. But definitely as someone who hasn’t grown up in it, working with farmers of an older generation, they forget that someone taught them once.”

Amelia Williams, a former journalist for The Land, who now works for NSW Farmers at Moree, said sharing positive farming stories was crucial.

“Maybe we could see government funding programs to tell young farmer success stories,” she said. “Having people who have done it showing new people how would be really valuable.”

“If we could see more positive stories that paint a better picture of the industry, it’ll attract more people to that space and hopefully flow on to young farmers.”