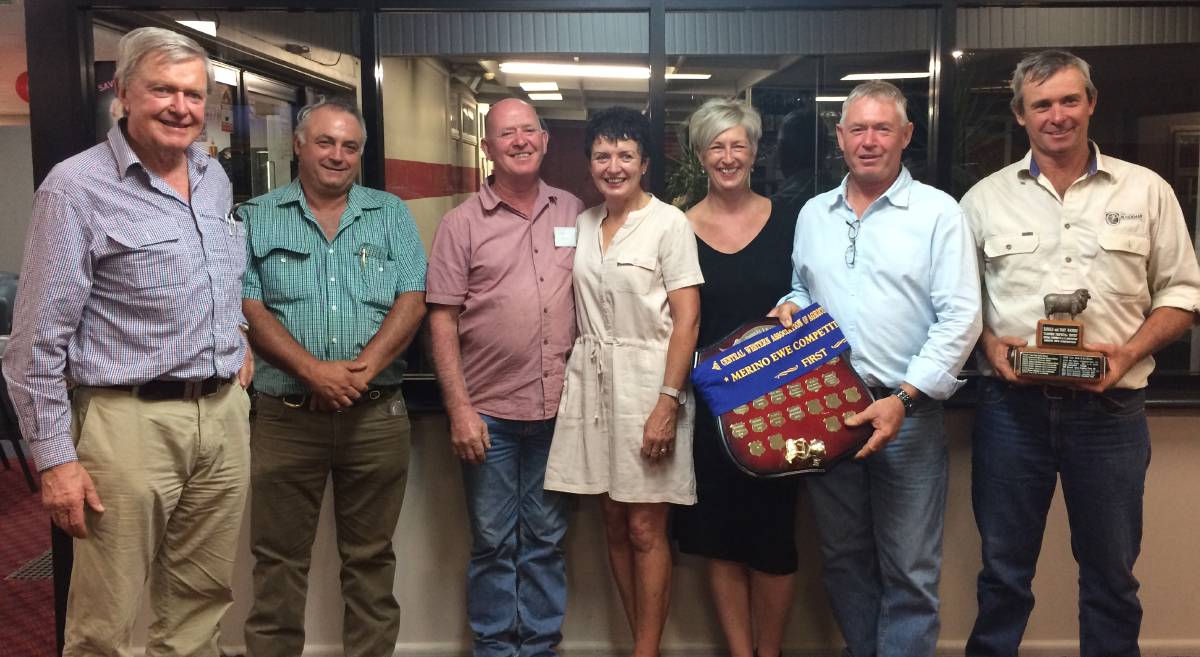 A well-managed flock from Yarrabandai, "The Kars", is the champion Merino flock of the Central West.

WITH five to six-months less wool coverage a team of ”most fertile by some 20 per cent” of all flocks visited took out the 2018  Central Western Merino ewe championship.

Burke Partnership of Greg and Chris Burke and families, “The Kars”, Yarrabandai’, was the most even group co-judge, David Taylor, Albury, formerly of Pooginook stud, Jerilderie, had seen on the day’s tour of three winning and three runner-up flocks of the Ted Little (Trundle), Doug Bicket (Parkes) and Don Brown (Condobolin) annual memorial competitions in the Central West region.

“No ewe was overdone and all had nice moderate skins, good to shear and comb well,” Mr Taylor said.

“And even at five to six months wool growth I reckon they had the fibre that the end-user requires today, processors don’t want variation in crimp in the fibre from sheep to sheep, they want uniformity.”

Burke Partnership first won the Trundle competition in 1997 and again in 2004 and were runner-up flock in 2015 and last year.

Ewes in the Bundemar blood flock classed by Tom Kirk, Condobolin, grow 20 to 20.9 micron wool and came from a 110pc lambing in August to October. The 245 ewes displayed are the remainder of a 21pc classing out and were shorn in June/July.

Chris Burke said he felt meat was above the wool in the enterprise at present with classed-out ewes joined to terminal sires lambing upwards of 150pc putting pressure on competition for wool production within the flock.

The Stuckey family’s Don Brown Memorial winning Condobolin flock was placed second with Mr Taylor saying they were hard to beat for bone and structure.

Allen and Peter Stuckey and family’s Murtonga flock, also of Bundemar blood was also classed by Tom Kirk, who has now won the classer’s award five times in the 19 years of the combined fixture.

Winner of the “runner-up” flock was Gowing Partners of Trundle with Darriwell blood ewes classed by Russell Jones with Mr Taylor saying the maidens’ uniformity was their strength.

“They are good productive modern Merinos.”