Jeremy Bradley and Cathy Eggert, Beechwood via Wauchope, have commercial experience isolating useful fungi, some of which can sequester carbon in the soil for hundreds of years which will also boost soil health.

With climate change and declining fertility coming down hard on growing regions in central and southern parts of the state, fungi might be more friend than foe.

Soil without biology is geology, according to “bio-prospector” Jeremy Bradley, a member of the group Soil C Quest which is exploring the use of fungi to boost agricultural yield – while sequestering atmospheric carbon dioxide.

“There is biology that fixes nitrogen or holds soil together and biology that helps to process nutrients,” Mr Bradley said. “But the new kid on the block is the endophyte. Scientists, over the past few years, have discovered there are fungi living inside the roots of every plant on earth that help them to thrive, especially in harsh environments.”

Endophytes can process locked-up phosphorus, reduce drought stress or protect plants from pest and disease. The most valuable, Dark Septate Endophytes, find a home in arid environments. These fungi are dark because of their melanin which is almost pure carbon and this excites members of Soil C Quest, led by Forbes agronomist Guy Webb.

Last January, during one of those extreme heat waves that lash the semi-arid plains west of Cobar and Nymagee, this small group of keen scientists and committed farmers ventured into a shimmering expanse.

Dressed in long sleeves and big hats they looked for plants showing signs of vigour and dug them up, roots and all. Among those thriving in the oven-like environment were kangaroo and wire grasses, Panicum and Poa, defying a soil temperature of over 50 degrees Celcius, measured 50mm below the surface.

“Only mad dogs and Englishmen were out in that heat,” mused Mr Webb. “But the more extreme the environment, the more plants rely on their friend the fungi.”  In fact, Mr Webb’s team found some of the desert grasses ringed with soil carbon as a direct result of that relationship.

The primary goal of this volunteer group is to create a user-friendly soil inoculant from Australian endophytes that will build enduring carbon aggregates, deep in the soil, by drawing down atmospheric carbon.

At the same time this fungal association should benefit crops, like wheat and canola, by increasing their capacity to absorb water and nutrients – especially during drought.

This is particularly important for Australia which, according to CSIRO soil scientist Roger Gifford, has lost 40 per cent of its original soil carbon since the introduction of western agriculture. 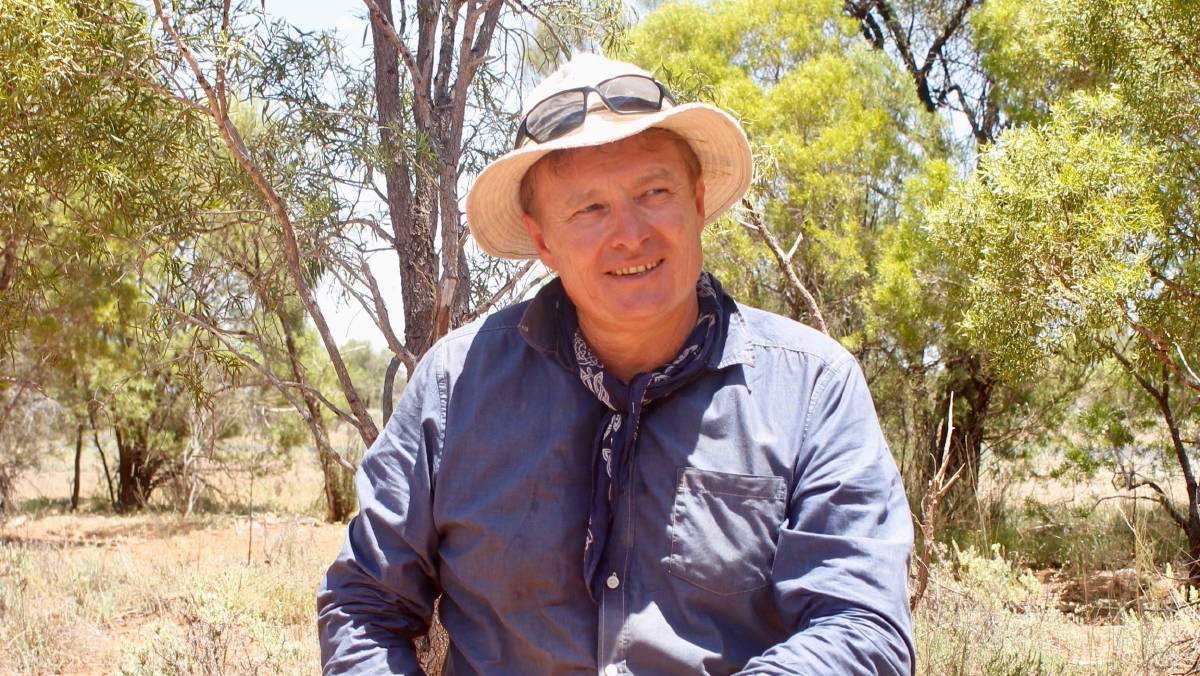 The Soil C Quest project is based on peer-reviewed research done a few years ago by Associate Professor Peter McGee and Dr Tendo Mukasa Mugerwa at the University of Sydney. They found that 20 melanised endophytic fungi increased carbon by up to 17 percent over 14 weeks in aluminium and iron rich soils. Two of these fungi increased organic carbon within micro-aggregates, and that which means it will be stored for a long time.

While linear carbon –  created from plant carbohydrates –  will revert to carbon dioxide in the presence of oxygen and water, poly-aromatic carbon, built by fungi, will not. Its tough, ring-like structure can hold a resilient form of carbon that has been shown to stay in-situ for hundreds, even thousands of years.

“Take roots and soil and put fungus in between and suddenly you have stable soil carbon,” explained Mr Webb, who pointed to trials in carbon rich soil, greater than 6 percent, as well as in poor soils at just 1pc among a crop of canola, that proved endophytes significantly increase soil carbon levels and can sequester carbon dioxide from the atmosphere in the order of 130 tonnes/ hectare per decade.

“Considering there is something like 800 million hectares of cultivated land worldwide, if we could employ agriculture to do that job the numbers would add up,” said Mr Webb.

Farmer and microbiologist, Jeremy Bradley was a member of this bio-prospecting venture and later grew out samples of fungi in his on-farm laboratory at Beechwood, near Wauchope.

“Individual fungal strains are selected as they emerge,” he said. “Some are highly melanised with black tendrils that promise greater carbon storage potential.

“Once we have identified the fungi and are sure that we haven’t captured a ‘cane toad’, we will make our first seed treatments for pot trials with crop and pasture species”.

Mr Bradley, working with his partner Cathy Eggert, has already commercialised one of the first ever endophytic fungal pasture inoculants, Parra Trooper. The fungi,Nigrospora oryzae, was originally found by the NSW Department of Primary Industries, to initiate a crown rot in Giant Parramatta Grass.

“Nigrospora oryzae, however, is an all-around good fungi”, Mr Bradley says “It helps break down dead organic material and it assists with feeding both the soil and the pasture.”

Now, Mr Bradley is excited by the prospect that his innovative work with Parra Trooper could help turn wild desert fungi into products that could be used to help farmers beat the biggest challenges of our times.

Meanwhile, a new documentary about Soil C Quest’s ambitions called “Grassroots” this week won an international science documentary award at a film festival in Vancouver. It will be shown in Palace Cinemas across Australia from May 31 – June 21.