Females topped at a new Australian breed record of $32,000 at the third annual Speckle Park sale at Scone while bulls topped at $26,000. 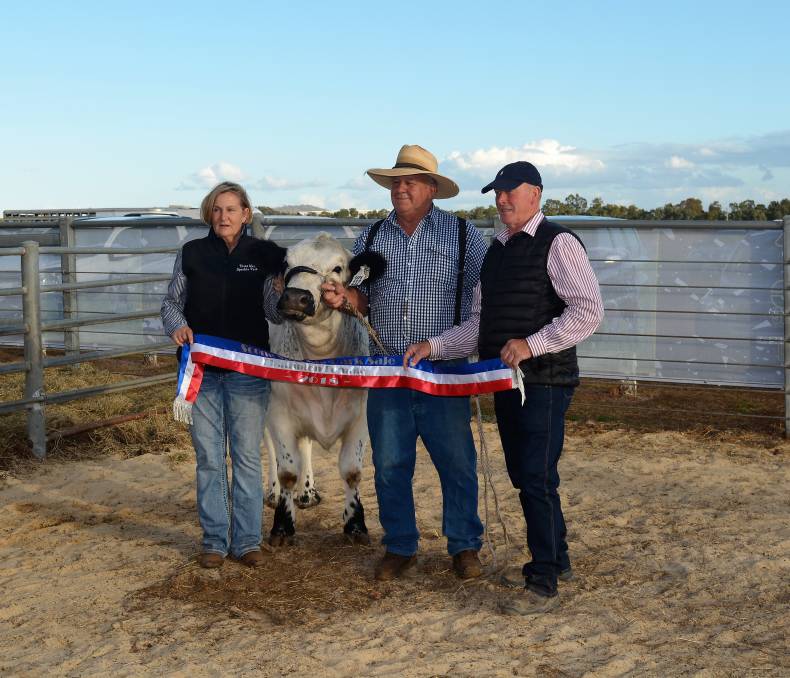 Doug Comb drove from Hay in the Riverina to the third annual Speckle Park multi-vendor sale at Scone on Saturday determined to go home with his pick of the female draft of stud females.

Mr Comb was hoping the heifer wouldn’t catch the eyes of the judges, Dennis Strachan, a noted meat livestock buyer, and Annika Whale, Glenliam Murray Greys, Dungog, but that was was dashed when they named her champion female prior to the sale.

There were audible gasps from the large crowd inside the covered Scone selling complex as Mr Comb paid an Australian Sparkle Park stud female record of $32,000 for the heifer.

“I came here last year and picked the best heifer but I didn’t have a crack at her,” Mr Comb said. “It’s no use buying second best,” he said.

Mr Comb is building a Speckle Park stud on his 23,000 hectare property, “Keiross”, near the Lachlan river north west of Hay where he and wife, Leanne, shore about 12,000 Merinos last February and run the Manfred White Suffolk stud.

Their daughter, Dimity, is also involved with the Speckle Parks.

He paid $14,000 for another of the Gorrells’ heifer draft, Three Way Angel’s Secret NGL M23, a daughter of Johner Stock Farm Trade Secret and Three Way Angel of Darkness. 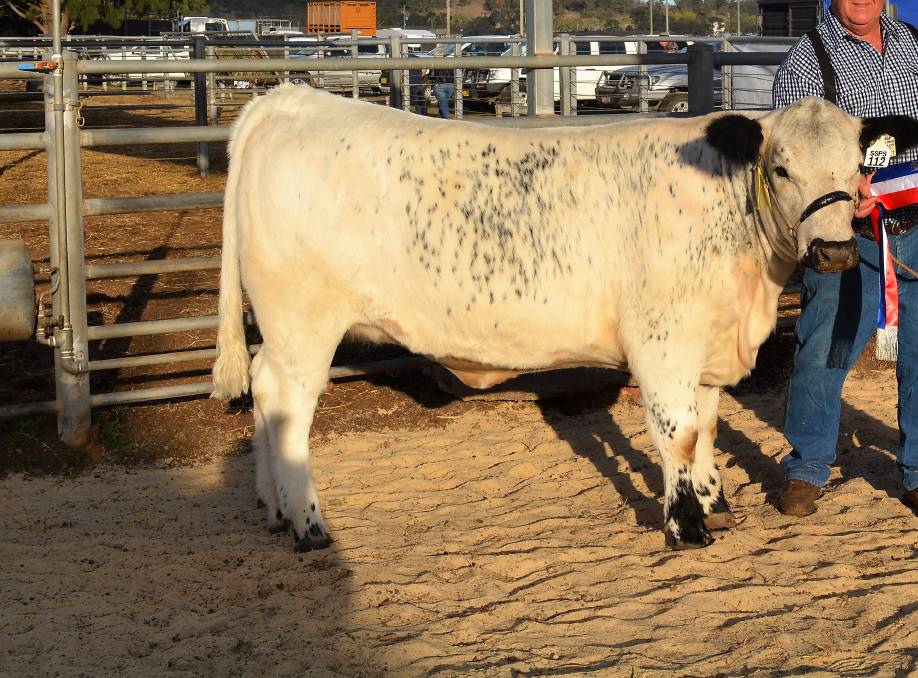 The Speckle Park heifer who sold for a stunning $32,000 at Scone last Saturday, a new national female record price for the breed.

The stud female draft stole the show at Scone with keen demand throughout the sale.

Sunny Dale stud, Jiggi, paid $13,000 for a three-in-one package of a cow, Checkered Honey BPT H521, with a bull calf by Three Way Guns ‘N Roses and back in calf to the same bull.

Battalion Stockade, by Spots ‘N Sprouts Stands Alone out of Six Star 26T Lightning Lady E204, weighed 735kg and was judged champion bull before the sale. He had an eye muscle area of 125cm2.

The Kneipps’ first time at the Scone sale was a triumph as they also sold the third highest priced bull, Battalion Skyfall, for $18,000 to Snowline Speckle Parks, Gundowring, Vic.

The second top bull at $20,000, the 890kg Wattle Grove Born Ready WGS L269, was offered by Mark and Colleen Constable’s Ersyldene Speckle Parks, Tambar Springs, and was snapped up by Steve Armstrong, Walcha. He was sired by Codiak Putnam GNK 61Y out of Codiak Good Golly GNK 11U.

The volume purchasers were partners, Phil Orgill, Wade Dalgleish and James Moyes, Yarragon, Vic, who bought eight bulls and 10 females to a top of $14,000 for a 45-month-old cow, Snowline Melissa, with a bull calf at foot, offered by Snowline stud.

Mr Orgill said they had come to the sale looking for females to start a Speckle Park joint breeding program but snapped up some bulls as well because “they were so cheap”.

Interstate buyers were active during the sale with a number of lots heading north to Queensland. 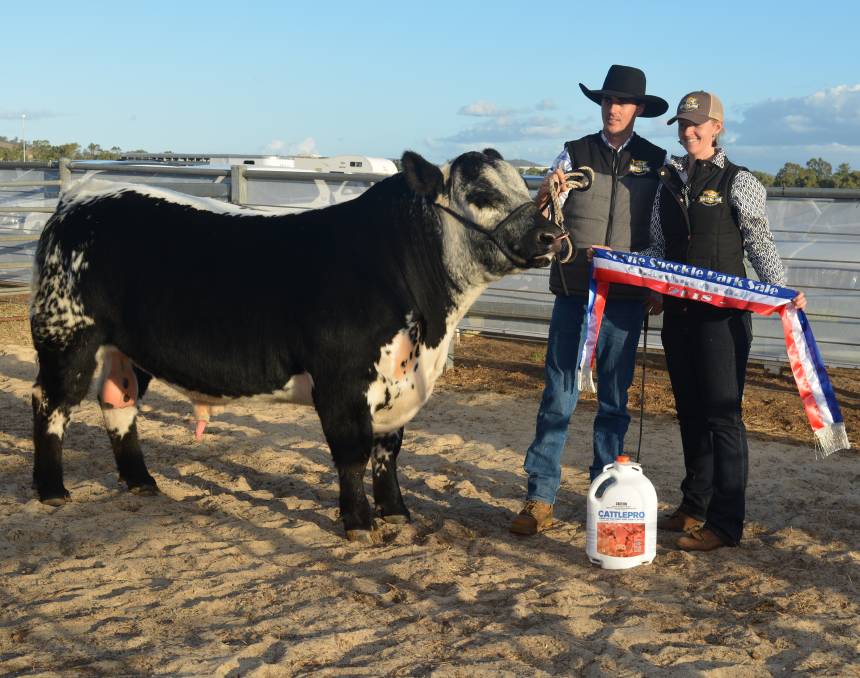 Grant and Kylie Kneipp with their eye-catching bull which sold for $26,000 to Hidden Valley Speckle Parks at the Scone Speckle Park multi-vendor sale.

A total $8144 was raised from a charity auction and sales of black and white ribbons for the National Breast Cancer Foundation and Where There’s A Will.

The sale was conducted by MacCallum Inglis of Scone and interfaced online with Elite Livestock Auctions.