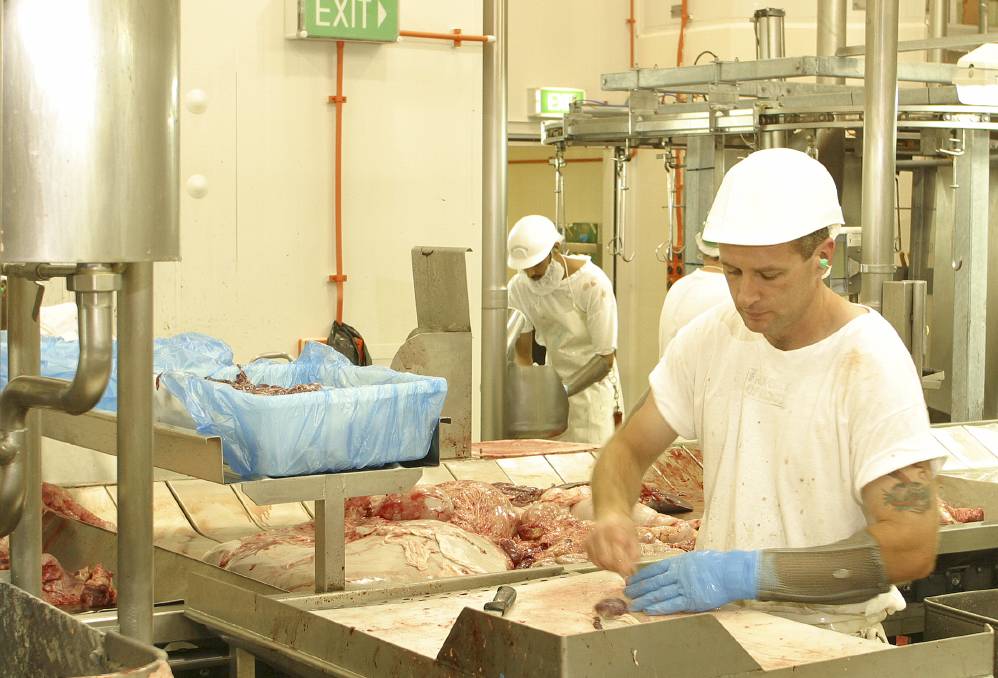 A third of Australia's meat plants are running at only 80 per cent capacity or less as they struggle to find workers.

Meat processors need about 3000 more staff than they can find to work in Australian abattoirs.

According to the meat industry’s post farmgate representative body, a third of the nation’s meat plants are running at only 80 per cent capacity or less, largely because they cannot source enough local workers to fill jobs available in regional centres where they operate.

The Australian Meat Industry Council (AMIC) insists, despite the often unpleasant nature of the work, labour shortages in the meat processing sector are generally not caused by locals being unwilling to work.

Vacancies for skilled and unskilled roles in the slaughter room floor or elsewhere in regional meat plants are mostly filled when advertised.

But a constant gap remains.

“These operators are generally major employers, if not the biggest employer, in the centres where they are based,” said AMIC chief executive officer Patrick Hutchinson.

“Our research shows they underpin almost full employment in many of those towns, yet about 63pc of meat plants were advertising to fill vacancies every week last year.”

I would like to think helping our industry fix its employment challenge would be a fairly obvious and rewarding priority for all - Patrick Hutchinson, AMIC

To emphasise his point Mr Hutchinson identified the NSW, Victorian and WA regional centres of Dubbo, Warrnambool and Albany which all averaged unemployment rates of  about 3.5pc – well under the national average at about 5.5pc last year, which itself was at a five-year low.

The abattoirs in those regional cities were large plants with large permanent workforces, yet they were invariably operating under capacity because they needed more staff.

“Almost 90pc of the 400 skilled labour vacancies advertised by meat processors Australia-wide last year were filled by locals, but there was still a gap which basically wasn’t filled at all,” he said.

“Two thirds of the 2000 unskilled jobs advertised in the past year have also been filled locally, but that remaining gap is even bigger.”

Mr Hutchinson said given the value of Australian meat processing as a wage contributor to regional economies and the soaring value of meat products to our domestic and export markets, it was frustrating more was not being done at government level to help meatworks be more productive.

“I would like to think helping our industry fix its employment challenge would be a fairly obvious and rewarding priority for all,” he said.

“We could start with a more effective and efficient immigration policy to help processors employ more staff from overseas if they need them.”

Mr Hutchinson said migrant labour already provided a valued source of help to fill some labour gaps in plants, but it had become “almost impossible” to rely on because federal government ground rules on hiring skilled and unskilled workers had changed so much.

“With the continual changes we’ve seen in past few years it’s very hard for our industry to gain momentum with potential overseas labour sources, let alone maintain them.”

He said employers seeking to use “imported” workers were also frequently dogged by a stigma which assumed they were trying to replace local jobs with overseas employees.

“The political push is always to get locals employed first and the debate invariably suggests we’re not doing enough to get those locals,” he said. 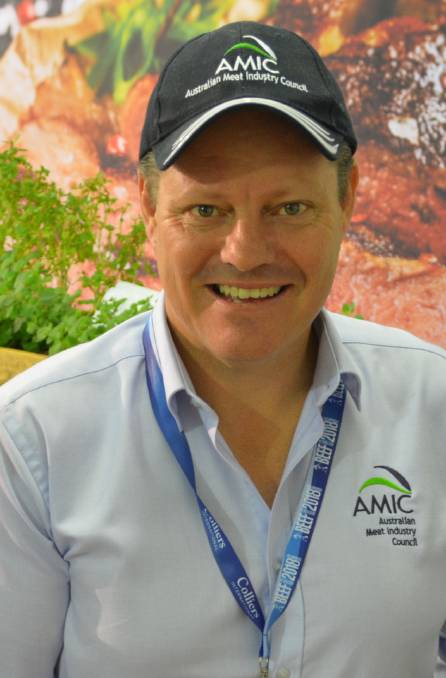 “But we know for a fact those regional centres are recording very near full employment – largely because of big employers like their meatworks or some other food processing plant.”

In some areas meatworks were reporting between 15pc and 40pc workforce turnover, particularly in unskilled positions, because workers were leaving for other jobs.

He said a shortage of reliable workers in smaller rural centres, including Leeton and Scone in NSW and Bordertown, South Australia, made attracting personnel a major challenge.

Midfield Meats at Warrnambool said its operations were restricted to one shift due to labour shortages, while JBS’s Townsville meatworks in Queensland has struggled to find staff again after closing for four months because of supply shortages and maintenance needs.

Mr Hutchinson said while livestock shortages contributed to some processing plants not working at capacity, labour was the “number one issue for our members”.

Labour shortages subsequently added to an “axis of other issues” impacting on the industry’s productivity, notably soaring energy costs and other input expenses, and increasing regulatory controls.

“We are a very regulated industry because we hire a lot of people and we are working in the food industry,” he said.

As major energy consumers, meat processors were also actively engaging in programs to improve consumption efficiency or generate their own power from biogas, burning woodchips, solar or wind power.

AMIC was a key player in the recent founding of the Australian Agricultural Manufacturers Alliance, which has a hit list of critical issues it wants better understood by government and service providers, including energy costs, labour, infrastructure challenges and the regulatory climate.

The alliance brings together other industries such as cotton ginners, the chicken meat sector, stockfeed producers, oilseed crushers and dairy processors.