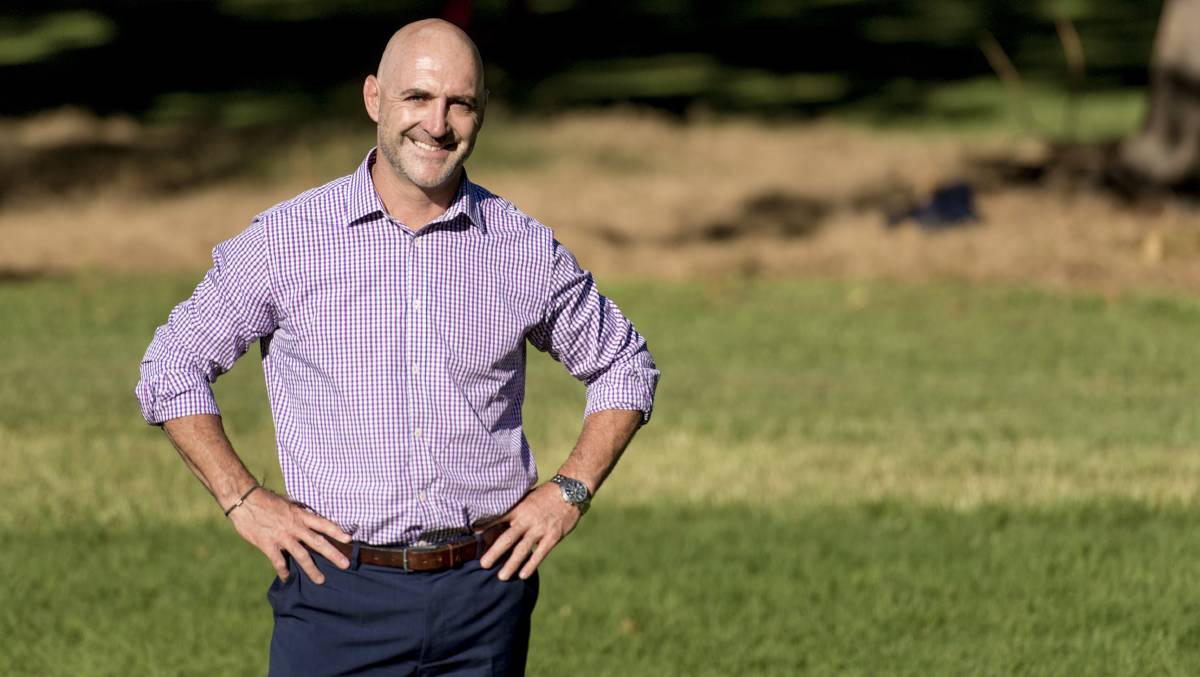 A handpicked crowd of entrepreneurs, founders, researchers, government representatives and investors numbering only about 200 in an auditiorum in Singapore were the only witnesses to the victory.

But it was fitting recognition of a long journey that began in Ireland seven years ago and made the journey to Australia at the behest of the CSIRO.

OneCrop’s product is a clear film that promotes growth in young plants and is biodegradable, and that point of difference, when applied to broadacre agriculture, is what makes it one of a kind.

The film comprises super low-density polymers, non-genetically modified starch and oxo-degradable compounds and is rolled onto paddocks at seeding time with a specialised machine.

David McGrath first began developing the film in Ireland, “trying to trick legume crops they were somewhere other than Ireland” because of the country’s short growing season.

But his research caught the attention of CSIRO and he was convinced to come to Australia.

CSIRO knew cotton was the crop where the most money could be made from the innovation, and the two weeks headstart it would offer cotton in drier areas made economic sense for Australian farmers.

And then there was a saving of as much as one-and-a-half megalitres of water per hectare.

Orange-based Andrew Logan is OneCrop’s chief executive and said consistent germination, reducing the need for replanting, and “radical” lifts in yield were the key attractions of the film.

The film is designed to break down between 110 and 160 days, which can be tailored to different climates or the particular requirements for particular crops.

But the target crops now are corn and cotton.

“The film must last until the plant is established and fragmented by the time you need to disc or seed again” said Mr Logan.

The product comes in a roll, with slits 7.62 centimetres long across its centre and a machine developed by Norseman Machinery out of Toowoomba, Qld, plants the seed to match the slits.

It also lays a line of soil either side to stop the film blowing about.

OneCrop is putting the machines in the field at its own cost to show farmers it works and to take advantage of contractors who know how to use it.

He said, working on conservative estimates across 5000 hectares and working at bettering an Australian expected estimate of 10.8 bales to the hectare, growers would be 10,800 bales better off using the film.

Mr Logan said the cost of using film was about $340 per hectare, so over 5000ha the company conservatively predicted a net improved result of $5m.

He said the company treated Australia and the US as one market and farmers had readily accepted the product improved yield and had accepted the cost.

So getting it on the ground most efficiently is the name of the game.

“Different farmers have different shaped beds, we have to get it down effectively no matter the conditions,” he said.

In China, plastic has been used for the past two decades to accelerate growth.

But it has not been a degradable product and the environmental consequences are now becoming drastic.

“You’re talking 250 kilograms of plastic residue to the hectare in some areas of China,” said Mr Logan.

“But waste is now causing panic and plastic residue is affecting yields.

“More than 19 per cent of arable farmland in China is contaminated and plastic is a large part of that,” he said.

“It is supposed to be picked up, but laying out in the environment so long, it tends to break up and some of it just blows away.”

The central government is now saying: “That’s not good enough, you’ve got to clean it up.”

The Xinjiang area of China is a large growing area and is firmly in OneCrop’s sights.

Enter the Xinjiang Production and Construction Corps, which recently ran a trial that included film from OneCrop and other multinational companies.

OneCrop is now the only company the XPCC has selected for further trials with a view to mass production.

In China the waste of plastic film is know as “white pollution” and the race is on the clean it up and stop its spread.

OneCrop has just entered a deal in which a company that currently makes China’s film will have it’s machines modified to carry the OneCrop product, which will be sold as a pre-packaged mix “a bit like cake mix”.

Its a big deal – more than two million hectares of broadacre farmland is under plastic in China.