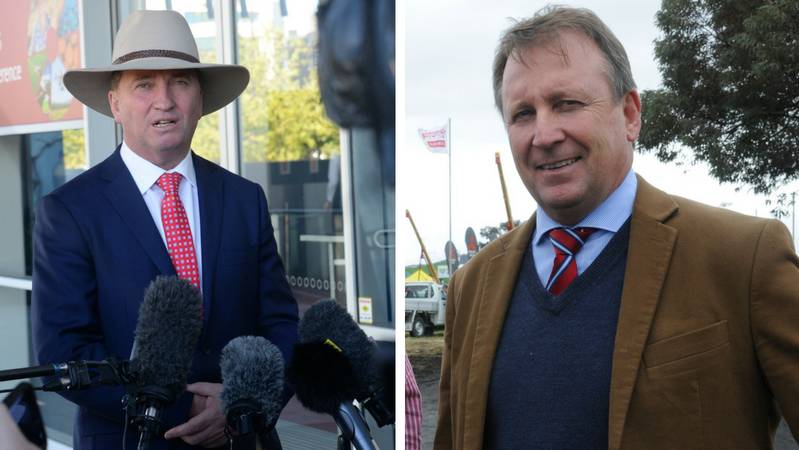 Former Deputy Prime Minister Barnaby Joyce is putting self-interest ahead of his electorate by remaining in politics, says Barwon MP Kevin Humphries, and is ‘distracting from the good work being done in regional NSW’.

And Barwon MP Kevin Humphries says he's not the only one in state parliament who thinks so.

VETERAN state Nationals MP Kevin Humphries says former Deputy Prime Minister Barnaby Joyce must step down from politics for the good of the bush – and for himself – with Sunday night’s TV interview with new partner Vikki Campion ‘the final straw’ for many senior members of the NSW party.

Mr Humphries – whose Western NSW electorate of Barwon shares a boundary with Joyce’s Federal seat of New England – said while it was clear Mr Joyce was under intense pressure, the former Deputy Prime Minister was putting self-interest ahead of his electorate by remaining in politics, and was ‘distracting from the good work being done in regional NSW’.

Mr Humphries, who will himself quit politics in 2019, said his view was shared by many within the state Nationals.

When self interest overrides public interest it is time to stand down, and that is what is happening here - Barwon MP Kevin Humphries on Barnaby Joyce

“I am not the only one who thinks this. There are a number people who feel the only way to move past this is for Barnaby to resign,” Mr Humphries said.

“When self interest overrides public interest it is time to stand down, and that is what is happening here. The (Sunday Night) interview was the final straw.

“The attention is on everything but the good work being done in the regions. And it is not going to go away if he is still there.” 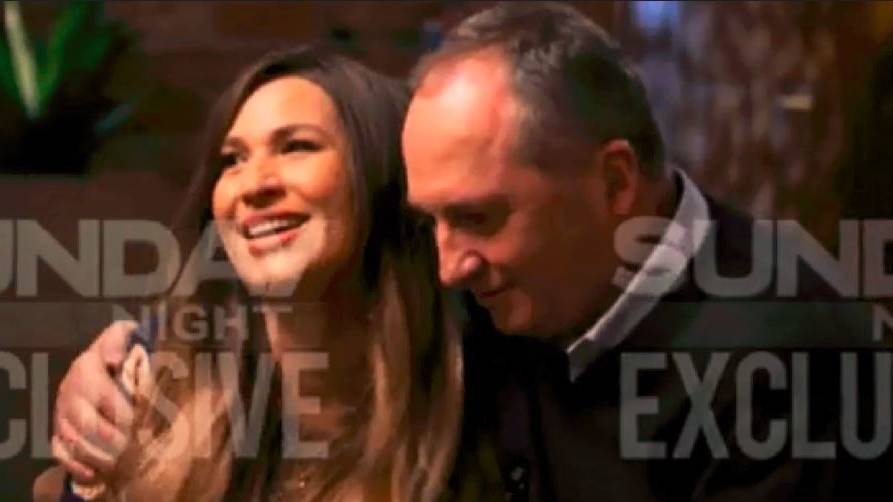 Controversy has dogged Mr Joyce and his former staffer, now partner, Vikki Campion after their affair and pregnancy made headlines earlier this year.

Mr Joyce confimed in December he and wife Natalie had seperated, and in March stood down as Deputy Prime Minister and leader of the Nationals when pressure mounted over his personal life.

He has since welcomed a baby boy, Sebastian, with Ms Campion and reportedly accepted $150,000 for a television interview with Seven’s Sunday Night at the weekend.

Mr Joyce’s behaviour has been criticised as hypocritical in line with his stance on same-sex marriage, while numerous questions have been asked over travel costs and the movement of Ms Campion between parliamentary offices. Mr Joyce has denied any wrongdoing.

Mr Humphries said the drama had distracted from the Nationals’ work on inland rail and road upgrades, among other things.

Despite being on personal leave Mr Joyce insisted this week he would recontest the seat of the New England, despite whispers other high-profile candidates were being lined up to run, including former Nationals leader John Anderson and state MP Adam Marshall.

A number of local Nationals branch members have also been also reported to want Mr Joyce out of politics.

Current Nationals leader and Deputy PM Michael McCormack said this week that “Barnaby (had) been a great advocate for regional Australia... I look forward to him running again in New England.”

Meanwhile, Mr Humphries is not long for public office after a 12-year stay in NSW parliament.

The former NSW cabinet member announced last year he would not re-contest Barwon in 2019, and said he was keen to ‘tie up a few loose ends’ before he left Macquarie Street.

Mr Humphries was demoted after the 2015 election and lost his parliamentary secretary title in 2016 for standing against Mike Baird’s greyhound racing ban, which was later overturned.

Mr Humphries said it was his view, and the view of a number of NSW Nationals colleagues, that Mr Joyce see out his term to the next federal election, but announce soon that he would be stepping down, giving the party time to find a suitable successor and help with the transition.

“He can’t be enjoying this at the moment himself,” Mr Humphries said.

“He has done a lot of good work but as long as he is there, it will take away from a number of other things we are trying to do.”