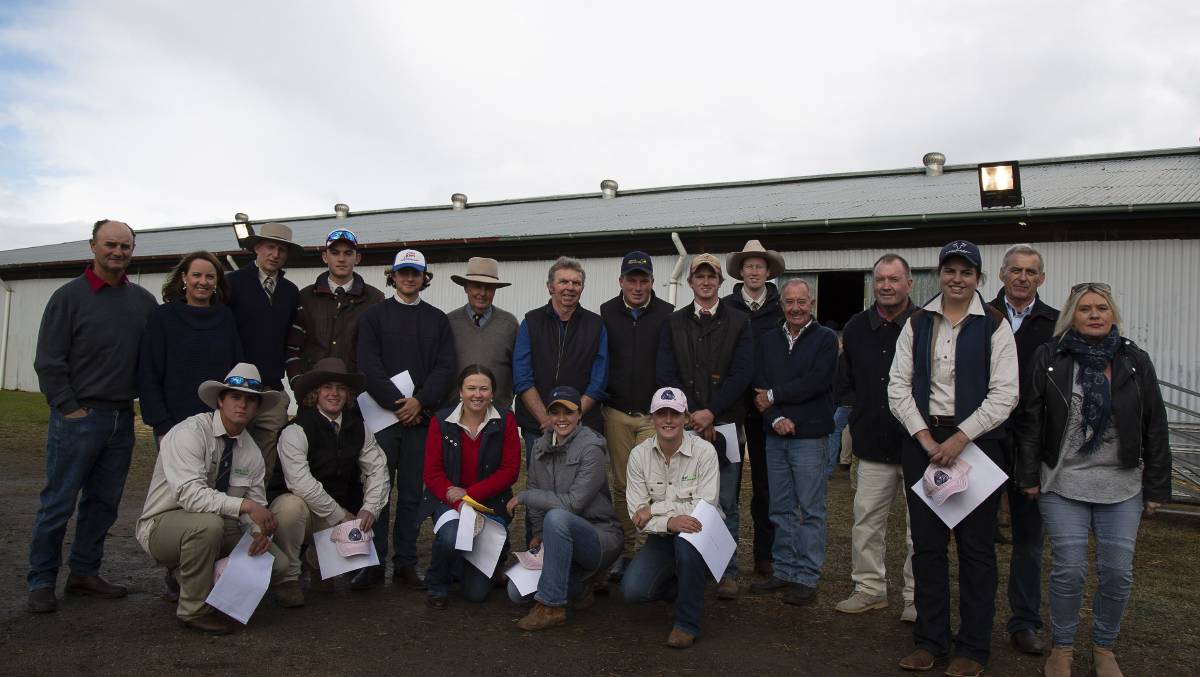 Graduates of the 2018 Hay Inc program as well as volunteer trainers and Australian Wool Innovation representatives.

Four years ago, the town of Hay developed a school to teach youth farm skills. Now the same program can be used in other communities.

It started as a conversation in the main street of an outback town to stop youth from heading to the big smoke.

Residents in the town of Hay, which relies on agriculture, then took matters into their own hands and developed a school to teach youth how to be jackaroos and jillaroos. Now that same program can be implemented in other communities to help keep young folk in the bush.

The Hay Inc jillaroo and jackaroo school program, run by volunteers and supported by Australian Wool Innovation, started in 2014 to give students hands-on training and skills to make them more employable.

Unlike any other course in the state at the time, it took lessons out of the classroom where students learned everything from sheep classing, small engine maintenance, and most importantly, a “good work ethic”. While the course is still relatively the same today, there have been new skills added including driver safety due to a booming kangaroo population brought on by the insidious drought.

Since the first graduating class of seven, there have been 52 graduates come through the ranks, with a majority still employed in agriculture or furthering their education in the sector.

“When we started this in Hay, the situation was pretty dire in keeping youth in our town,” coordinator Sandra Ireson said.

“Now it’s developed into a hands-on program getting the next generation into agriculture as a career – and that’s exciting – change is happening.”

The Hay Inc toolkit – a hands-on how-to program –  will be available in the coming months where rural towns can implement or adapt the same program to suit their region.

“We would love other communities get the same benefit as us,” Mrs Ireson said.

“They can learn what worked and what didn’t work for us and adapt it to their town.

“All the work is done, they just need to secure their own funding and volunteers to teach the courses.”

The fourth intake of participants, after their final week of their training through Hay Inc Rural Education Program, graduated at the Hay Merino Sheep Show on June 16.

Hay Inc chairman Chris Bowman, who was instrumental in establishing the program said, the volunteers who ran the courses were impressed with this year's group of trainees.

Mr Bowman encouraged the group of young women and men to have a good look at agriculture as a career especially as there was a shortage of qualified managers and staff, particularly in the livestock industry.

“There are many opportunities becoming available at a time when demand for natural fibre and protein as a food source and Australia’s reputation with clean green products has never been better,” Mr Bowman said.

At the Hay Show, Hay Inc graduate Heidi Stephens took out third place in the Don McNeill Memorial Junior Sheep Judging competition. She also won the competition in 2016 when she was still at school.

The inaugural Mathew Vick Memorial Scholarship was awarded to Hay Inc participant, James Lines, who received $400 for his commitment and dedication to the program.

“It was deeply humbling to be recognised and awarded the Mathew Vick Memorial scholarship, I will put the money away for further use in the agricultural sector,” James said.

James, who travelled from South Australia to take part in the program, said it enabled him to learn new skills, improve his existing skill set, gain confidence and network with other young people from across Australia.

“The trainers’ experience and knowledge was invaluable and the nature of the course enabled me to contact and form professional networks with all of the committee members, volunteers and various people involved with the course,” James said.

“I would highly recommend this course to young people interested or currently in agriculture looking for a practical and diverse training program to further their skills.”

Jack Kimpton, who graduated in 2016 as a jackaroo on Wyvern Station — a 52,609ha property that runs 40,000 sheep near Hay – now works at TA Field Estate near Walcha as a sub overseer. Next year he heads to Marcus Oldham College to study agribusiness.

“Hay Inc is a good way to get young people in the community and working in agriculture,” Jack said.

For city girl Rebecca McKoy, a 2017 graduate, the course gave her the skills to help work on her family’s new farm.

The same sentiment was shared by Sam Pizzey, who graduated the same year.

He said it helped build on the skills he already had and gave him new avenues for employment.

“It looks great on the resume and helped me get the job I have now. Before this job I had five offers to work in different farms in NSW and Victoria,” Sam said.

Hearing the stories about where former students were, Mrs Ireson said: “It’s great to see what we started four years ago is actually working and that they are still involved in a career in agriculture.”

Hay Inc is now taking expressions of interest from anyone interested in participating in the 2019 program. 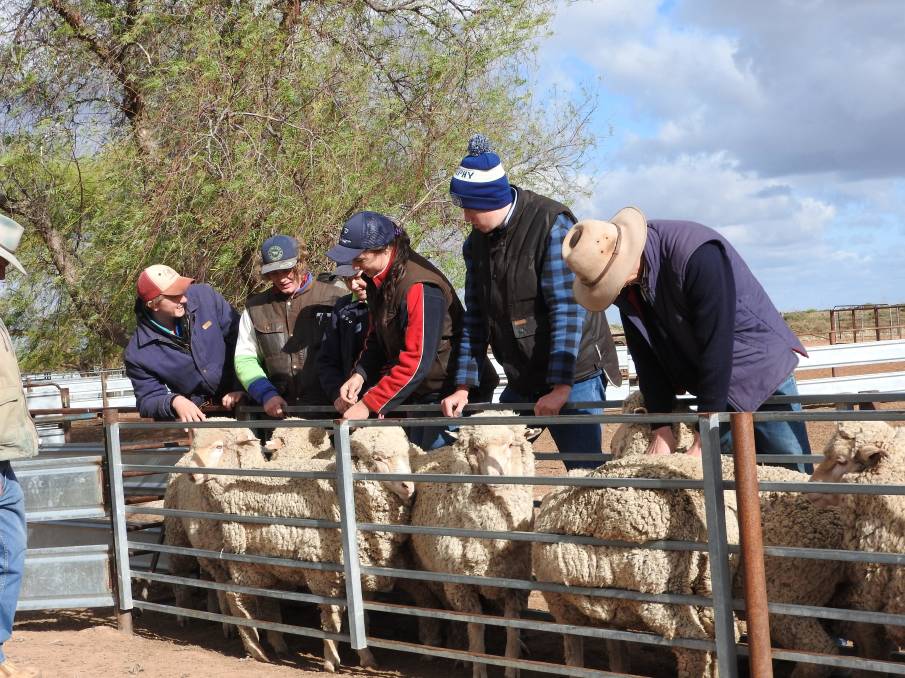