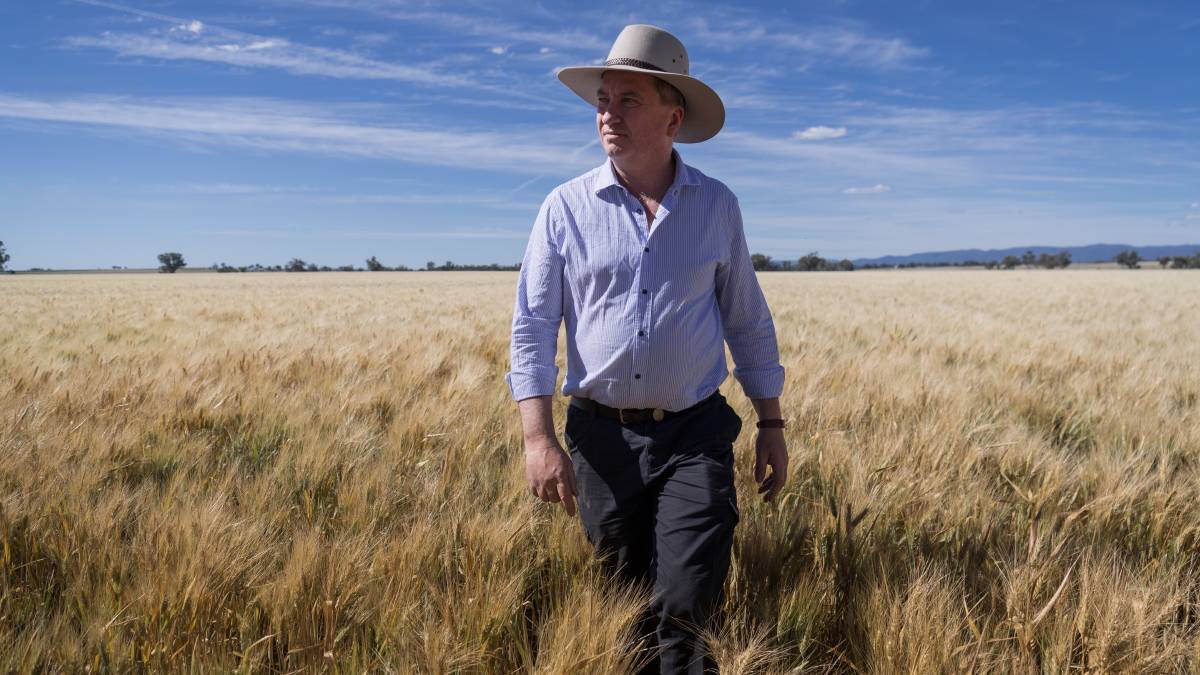 BARNABY Joyce has been brought back in to the government fold, appointed the new Prime Minister’s go-to man for drought assistance.

Scott Morrison named Mr Joyce the Special Envoy for drought assistance and recovery. While it’s not a cabinet position, the job is a political promotion for the former deputy prime minister, who will advise the government on drought relief policy.

Mr Joyce did not respond to The Leader’s request for an interview, but in an interview with 2GB’s Alan Jones, Mr Joyce said the nation needed a “holistic approach” to the drought, which the former deputy prime minister called a “national crisis”.

“One of the things we should be looking at, and this will be contentious, is we have a huge amount of water in the Commonwealth environmental water holder,” Mr Joyce told the Sydney shock jock.

“The new season of hay will come on in about a month. We should be considering the utilisation of that water to start growing fodder in our southern regions.”

“This is a national crisis and we’ve got to approach it as such,” Mr Joyce said.

“We’ve got hay over in the west, it’s very expensive to move across. We have to start looking at the way they bale it and the mechanisms they use.”

The new Prime Minister, Scott Morrison, said the Special Envoy role was a perfect fit for Mr Joyce given his experience.

“These roles, I think, provide an opportunity for those who have served at senior levels in the past and continue to make a constructive contribution,” Mr Morrison said.

“I am pleased that Barnaby has agreed to take on the role.”

However, Labor has attacked the decision, calling it “a slap in the face” for farmers. The opposition’s agriculture spokesman Joel Fitzgibbon said the position would allow the former Nationals leader to campaign across Australia at public expense.

“The prime minister has failed our farmers on day two,” Mr Fitzgibbon said.

“The appointment of climate change denier Barnaby Joyce as his drought envoy is a joke and a slap in the face for all in the sector who want meaningful drought policy reform.”

Tony Abbott has also been offered a role as Special Envoy for indigenous affairs, but the former prime minister is yet to accept the appointment.