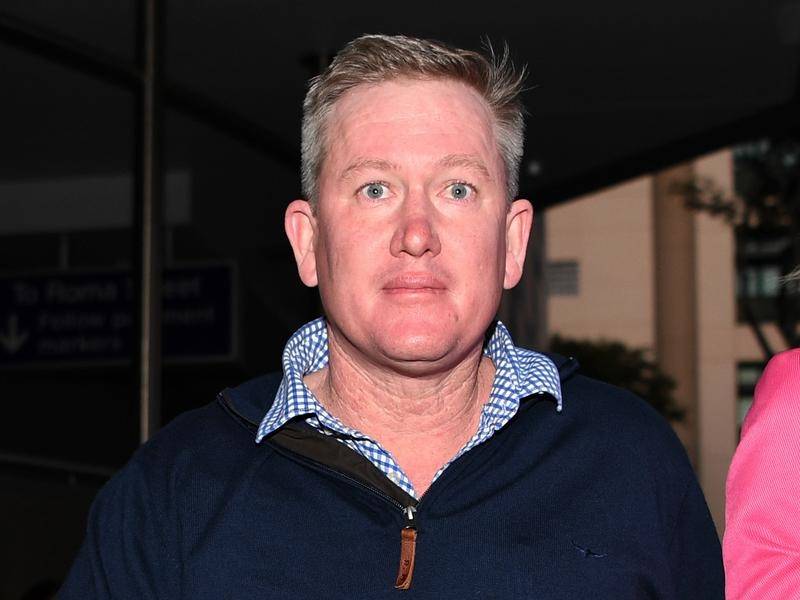 A former Farmer of the Year finalist and his right-hand man faced court yesterday.

A former Farmer of the Year finalist and his right-hand man have faced court for allegedly defrauding a Queensland government irrigation scheme of more than $20 million.

The pair were released on bail with conditions that included surrendering their passports.

Norman, who was also Australian Cotton Grower of the year in 2010, was charged with six counts of aggravated fraud and six counts of fraudulently producing or using a false record.

His chief financial officer, Evans, was also charged with four counts each of the same charges for allegedly helping to lodge the claims after he started working for Norman's business in 2013.

It is alleged that Norman, who is the owner and director of Norman Farming at Toobeah, in the state's southwest, submitted fraudulent claims to six projects managed by the Department of Natural Resources, Mines and Energy between 2010 and 2017.

The project is intended to improve farmers' water efficiency and return water to the Murray-Darling Basin.

Farmers can claim up to 90 per cent of the total costs they experience undertaking infrastructure work on their properties for the project.

Major and Organised Crime Squad Detective Inspector Mick Dowie said the year-long investigation was one of the most complex the department had handled and involved thousands of modified and false documents.

"We'll allege claims were made or invoices were modified that were actually for farming, as opposed to doing the work, and that they were modified to suit the needs of the claim," he told reporters.

"We'll also allege there were basically purely fabricated claims for use of machinery owned by the company to fulfil the needs of the project claims when that didn't occur at all."

Det Insp Dowie said some contractors were aware their invoices were being modified but had co-operated with investigators and none would be arrested.

He said the investigation was ongoing and warned farmers to not fraudulently take advantage of irrigation and drought-related funding.

Both men will reappear in the same court on October 15.