As the drought worsens, more wildlife has been spotted in towns across region. 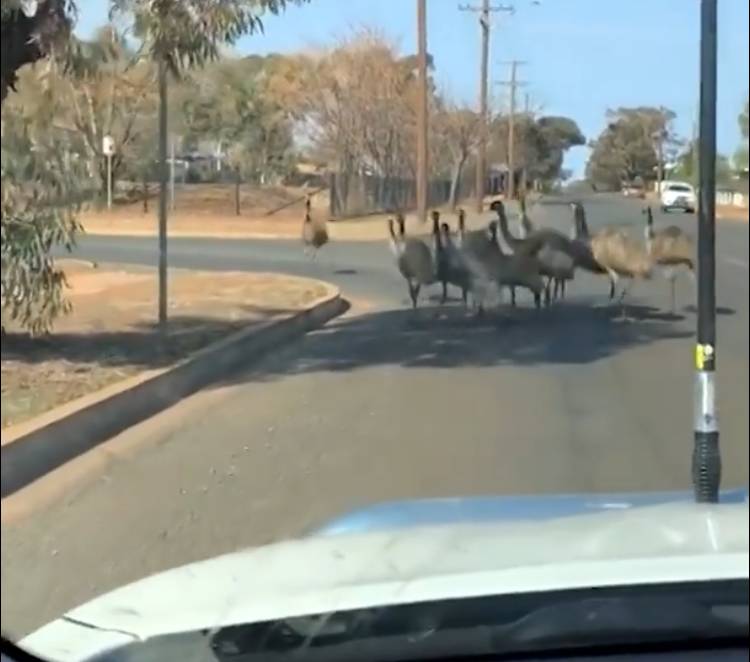 IT was not emusing, and certainly a traffic risk – a video of emus parading down a street in the region has already been viewed thousands of times on social media.

The video taken from the front seat of a vehicle travelling down a street shows a mob of at least 10 emus walking down a road in Cobar, west of Dubbo.

Posted to Facebook on Wednesday evening by Interrelate, the video has already been viewed more than 30,200 times and shared more than 460 times.

“Today’s traffic proudly brought to us by the emus of Cobar, New South Wales,” Interrelate said in its caption on the social media platform.

As the widespread drought bites in across the region, more people are reporting seeing kangaroos and emus in town.

Recently, kangaroos have been seen on Charles Sturt University’s Bathurst campus, while another roo nicknamed ‘Roid Roo’ for its huge size has been seen around the streets of South Orange.

While in May, mid-way through the league tag game between the Spacecats and Nyngan at Parkes’ Pioneer Oval, a kangaroo bounded down the middle of the field.

This story first appeared on the Western Advocate