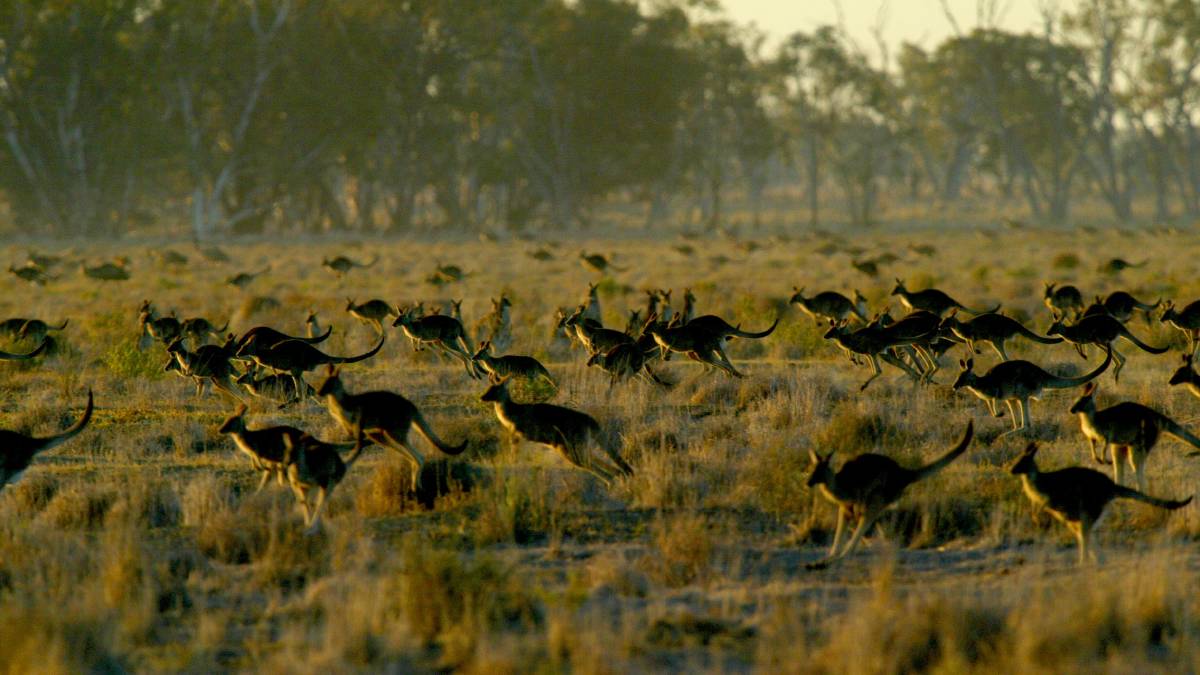 Following producer calls to grow the kangaroo meat industry for better management, a researcher has weighed in on the debate.

A UNIVERSITY Professor has supported producer calls for MLA to grow the kangaroo meat industry and improve their management, saying the Australian icon could be the answer to growing carbon emission worries.

As recently reported in The Land, NSW Farmers’ Western Division Council lobbied Meat and Livestock Australia to help promote kangaroo meat and mirror the success of the goat industry.

During a Western Division Council meeting in Dubbo recently, Australian National University’s George Wilson offered further evidence for their case to end a kangaroo overpopulation and make the industry a more option for producers.

Dr Wilson outlined that with adequate kangaroo meat pricing, landholders could run 24 kangaroos to produce the same amount of meat as one steer with additional benefits of reduced physical landscape impacts and water demands.

With MLA focused on making the country’s red meat industry carbon neutral by 2030, Dr Wilson said kangaroos were worth their attention.

“If you were to have less livestock, therefore meat production is going to fall, so why not increase the value of kangaroos on these properties?” he said.

“There is no doubt that the kangaroos have a lower carbon production per kilogram, substantially lower, and the difference is significant. It’s possible that one could generate a methodology where you increase the value and the low emission meat that generated a carbon credit.”

There were almost nine million red and grey kangaroos in the Western Plains region in 2017, according to NSW Government figures, with about six million in 2010.

MLA have denied any support for kangaroo work, with their levies only covering cattle, sheep and goat work.

Only legislative changes driven by red meat peak industry councils and the Australian Government would change or expand their charter and operations.

The Land contacted The Red Meat Advisory Council but they failed to comment on the issue.

Dr Wilson, who is both a veterinarian and conservation biologist, said he didn’t expect MLA to support a marketing campaign but rather product management.

“Put a roo on your fork is going no where, I don’t suggest that for a minute,” he said.

“But at the farm gate level, I think then there is a role for MLA to increase the accuracy of the description of the kangaroo product and to make sure that we emulate what has gone on in the beef or the goat industry in the last 20 years.

“I like seeing lots of kangaroos and I don’t like seeing them being mismanaged or their numbers being reduced by amateurs.

“You need a strong kangaroo industry to make sure animals don’t die in the drought, when they are culled they are culled humanly and the next step for that is we can’t continue to have our national emblem seen as a pest.”

Dr Wilson even suggested the establishment of a proprietorship or a licensing system similar to emus to control the number of kangaroos on a landholder’s property.