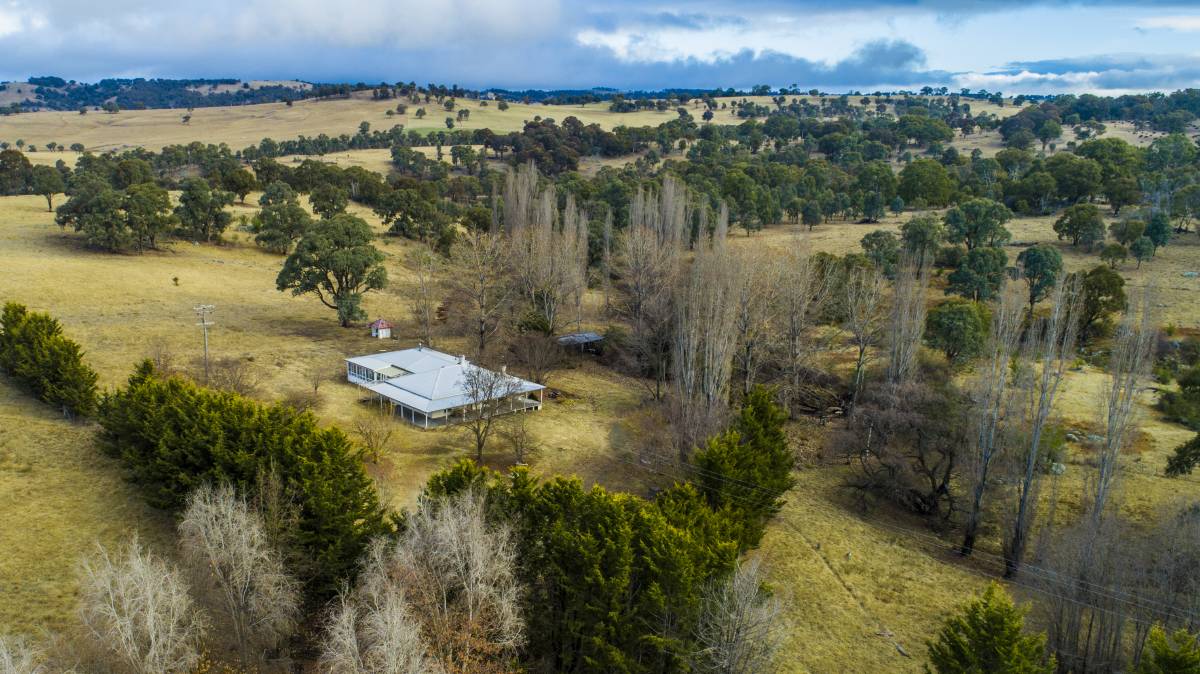 Gina Rinehart’s pastoral expansion in northern NSW this year included the purchase of the 3234 hectare “Glendon Park”, east of Armidale, for around $14 million.

Peter Austin breaks down the top end property sales for 2018.

Anyone lamenting the apparent incursion of corporate ownership into the NSW (or wider Australian) rural scene can console themselves with the knowledge that nothing lasts for ever.

As new corporate players enter the scene, others depart, which has been the story of investment in Australian agriculture ever since early colonial times.

It’s been an ever-revolving door of owners.

Among the big corporate “plays” in 2018 was the acquisition by Gina Rinehart’s Hancock Prospecting of “Sundown Valley” and Gunnee Feedlot in northern NSW from the Statham family.

No price was disclosed for the purchases, which will see the 17,800 hectare “Sundown Valley” used in conjunction with Rinehart’s existing holdings at Mendooran to expand the company’s Wagyu operations.

And in a further addition to her rapidly expanding northern NSW interests, Rinehart earlier this year bought the 3234ha “Glendon Park” at Armidale, marketed by Colliers International.

Previously owned by former global investment banker Renatto Barbieri and his Armidale-born wife Charlie Wright, “Glendon Park” has carried up to 1500 cows, and is understood to have sold for around $14m.

Gina Rinehart is not the only Wagyu-breeding  party with her sights on the rain-favoured Northern Tablelands.

She has been joined by Stone Axe Pastoral, a family-owned concern from Kojunup, WA.

And at least two further acquisitions are understood to be in the pipeline.

Stone Axe is also to be the lessee of two significant New England properties acquired this year by the listed Rural Funds Group: “Dyamberin” for $13.4m, and “Woodburn” (still to settle) for $7.1m.

Despite the recently heightened corporate activity in New England, the main corporate nameplate changes in 2018 were in the mixed farming belt of southern NSW.

Global agribusiness giant Glencore offloaded its portfolio of properties in the West Wyalong/Young/Temora districts, as part of a shift of focus from grain production to grain handling and marketing.

Acquired by Glencore between 2006 and 2010, the properties totalling 12,700ha in area were bought by Daybreak Cropping, a joint venture between Warrakirri Asset Management and Canada’s Public Sector Pension Investment Board (PSP).

It wasn’t the last that the market would hear of PSP.

Later in the year it was revealed PSP had snapped up the US-based BFB portfolio of southern NSW cropping properties spanning 48,700ha.

The portfolio had been advertised for sale by tender and attracted a bid of $270m from a local Riverina farming consortium, only to have that bid controversially knocked back in favour of PSP’s $208m bid.

The deal is still awaiting Foreign Investment Review Board approval.

And even if that is forthcoming, it could yet be blocked by the government on national interest grounds.

Meanwhile, Twynam Pastoral, the Australian agricultural arm of the Argentina-based Kahlbetzer family, this year bowed out of large-scale property ownership after nearly 50 years as a major player.

Its three remaining Lachlan Valley properties – Jemalong Station and Jemalong Citrus at Forbes, and “Merrowie” at Hillston – were offered for sale by tender and sold to offshore investors for more than $115m.

The “Merrowie” property was bought by a US institution.

Optifarm is also likely to be confirmed as the new owner – subject to FIRB approval – of the 15,000ha Gundaline Station at Carrathool, marketed earlier this year by CBRE with $60m-plus expectations.

Owned by Southern Agricultural Resources, a consortium of local and foreign investors, “Gundaline” has about 6000ha of developed row-crop irrigation and 16,000 megalitres of water entitlement.

Another sale awaiting FIRB approval is “Warragundi”, the 5798ha Gulgong irrigation/mixed farming property of John and Sandra Harding of Mudgee.

Listed for sale in August with price expectations of $20-$25m, the property was sold by CBRE to Korean investors.

One of the benchmark sales this year in the highly sought-after Holbrook district was that of “Ladykirk”, the 1400ha cattle property held by the Heriot family since the 1830s.

Marketed privately by Landmark’s Brian Liston, the property sold for $14.7m to the Laffan family of Melbourne.

Other high-profile southern sales that are expected to be wrapped up by Christmas are “Bundarbo” at Jugiong, marketed by Meares and Associates, and “Forest Vale” at Holbrook, marketed by Elders.

And on the Northern Tablelands a notable sale was the highly improved Tenterden Station of 1500ha, west of Guyra, sold by Ray White Rural for $17m (with water) to a Surat (Qld) family.

The curtain fell this year on nearly half a century of NSW pastoral involvement by the Kahlbetzer family, with the sale of its historic “Jemalong” properties at Forbes, and “Merrowie” at Hillston.