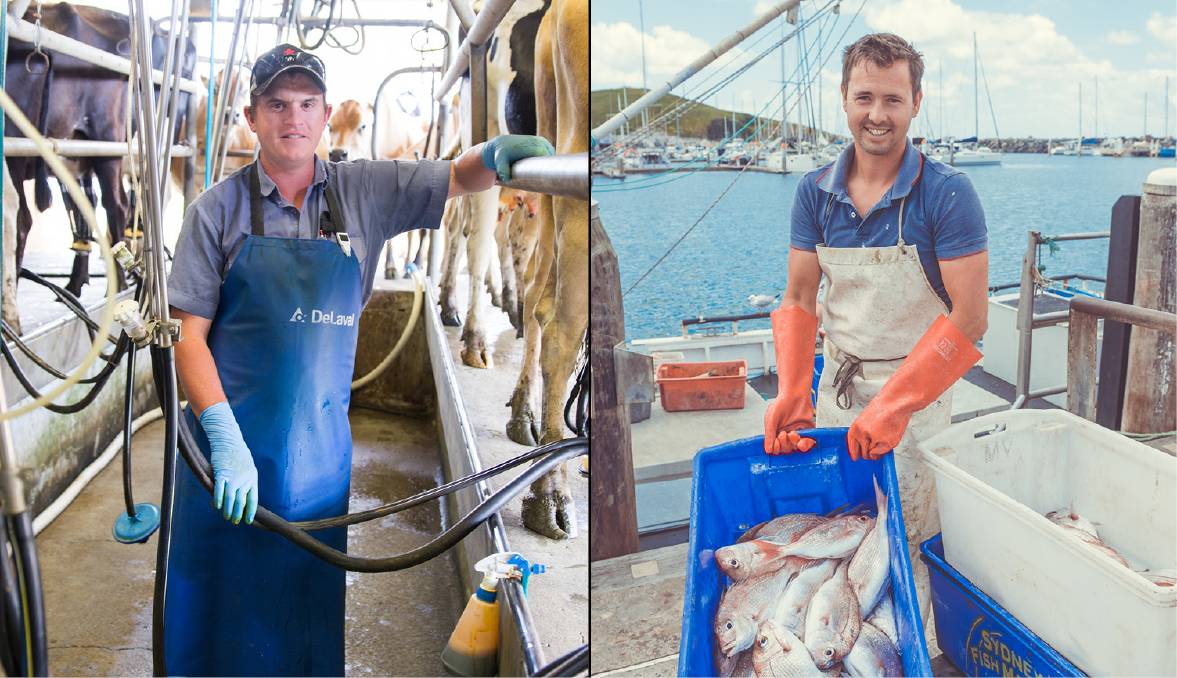 Much like a professional athlete, these three farmers are taking a unique approach to get their business “fit” for the future.

One is a commercial fisherman, one has a mixed farming operation and the other is in the dairy industry but they all have one thing in common. Jarrod Amery, a mixed farmer from Forbes, said the program helped improve the structure of their business.

Much like a professional athlete, these three farmers are taking a unique approach to get their business “fit” for the future.

The program, backed by the Department of Primary Industries, is part of its commitment to taking a multifaceted approach to help young farmers and fishers improve their business skills.

It included five Massive Action Days, which were face-to-face planning sessions as well as weekly coaching sessions via telephone or Skype.

Participants had to provide YFBP with a monthly video blog of their business coaching journey, which was then shared on social media so other young farmers and fishers could benefit from their experience.

A YEAR ago Adam and Sophie Cooke were considering leaving the dairy industry.

With unstable milk prices and drought, Mr Cooke said he thought he had no other option.

That was until he took part in the business program.

“It has turned our business around, I don’t know where we would be if it wasn’t for the program,” Mr Cooke said.

“We are here for the long run now. “We knew it would be hard but on Friday we kicked over five years in the business.”

Mr Cooke said the program had enabled him to look at his business in a “different light” where he now implements budget targets and goal setting.

“It also made us look at the industry another way,” he said.

“It doesn’t matter whether you come from dairy, cropping or fishing, the basics of business are the same.

COFFS Harbour commercial fisherman Danny Green, who is in his second year of business, said before the program he did not realise the importance of networking.

“We all speak to each other on a regular basis and encourage each other,” Mr Green said.

“It’s important to be around people who are like-minded and share the same interest of growing a business, you can learn from their experiences and their mistakes.”

Mr Green echoed Mr Cooke’s sentiments saying: “we are each different but we are after the same thing; a strive to make our business grow”.

He added he and his fiance Melissa Barrett had made positive changes to their business in the last year and had a clear direction of where they were going.

JARROD Amery, a mixed farmer from Forbes, who grows wheat, barley, canola and sheep, said the program helped improve the structure of their business.

“It was so helpful in regards to managing our business, not just the day-to-day chores but the overall management,” he said.

Mr Avery, a fourth generation farmer who purchased his own farm with his wife Emma, said he learned about cash flow budgets, business ratios as well as systems and procedures.

”We set up what the business coach calls trigger points, when to sell, when to buy and when to hold,” he said.

He said all three producers faced the same challenges as they were all reliant on the weather.

“This program has coincided with the worst drought we’ve ever seen,” he said.

“The business coach helped us navigate our way through with decisions we had to make from cutting hay verse harvesting grain and selling livestock.

“But we also learned things off each other so we could work together on how to make money out of each others businesses.”