A new sale record has been achieved at the Landmark Classic today. 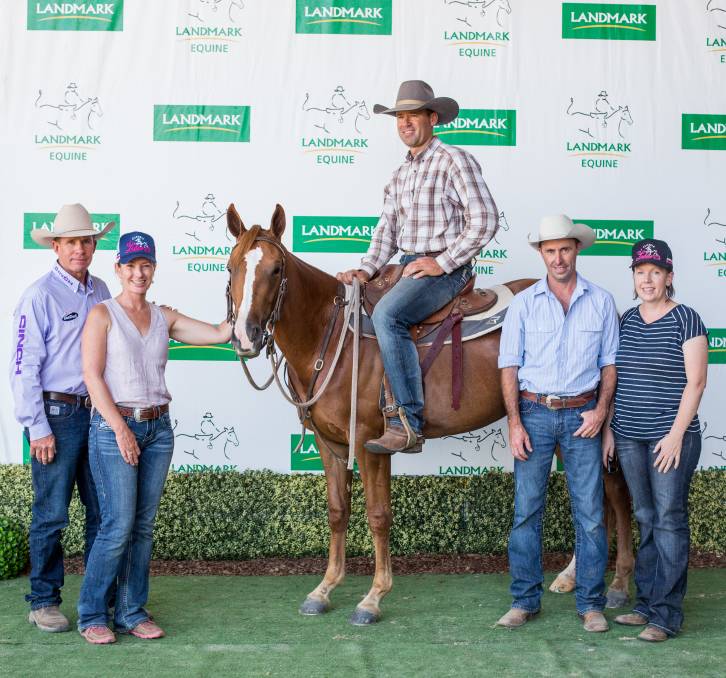 A two-year-old filly has broken a Landmark Classic sale record after she was knocked down for $230,000 in Tamworth today.

The 14.2 hands high horse was the first filly to be offered out of leading open campdraft mare, One Moore Romance, going back to One Moore Spin and by Smooth As A Cat.

She was broken in by Wagga Wagga’s Lincoln Smith and trained by Rob Leach, Tamworth.

Speaking after the sale, new owners Steven and Toni Hart, who were originally from Katherine in the Northern Territory, said they broke their budget to secure Yaven Smooth Spin but were committed to taking her home.

“We’ve just wanted to breed some top notch horses specifically for campdrafting so we did a lot of research and spent many many years putting together a wish list and then we have slowly been attacking it over the last couple of years,” Ms Hart said.

“We came to the sale looking for very specific breeding and we found it and we were going to get it.”

Last year the couple imported an American colt, The Mettalist, sired by one of the country’s highest money earners Metallic Cat, and plan to use him in their breeding program with the new filly. 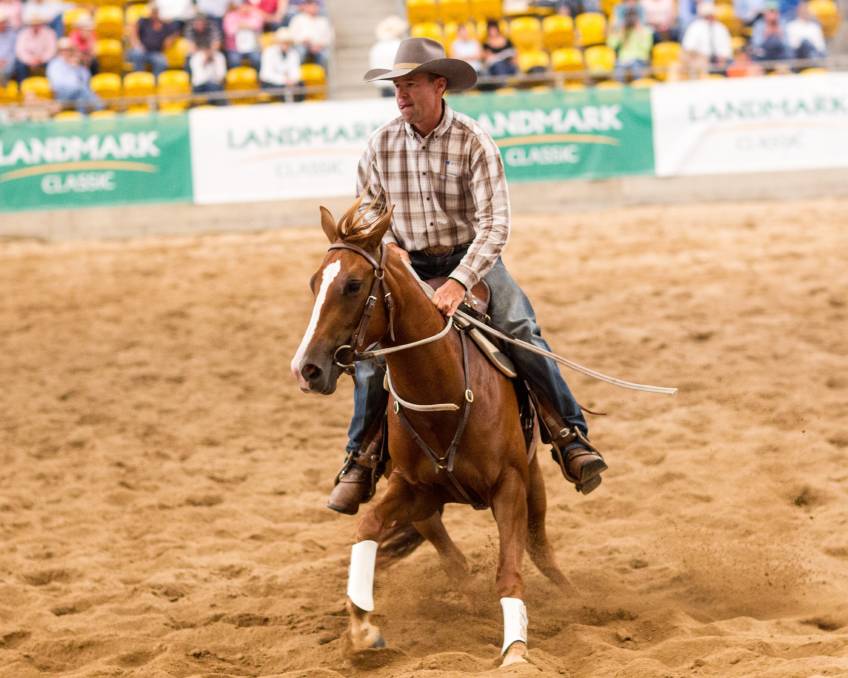 “We just put that string of horses together to lift our performance base and for breeding and competition and also so we can bring our quality product back here to sell to prospective buyers as well,” Mr Hart said.

Mr Hart said they couldn’t look past the filly’s breeding, presence, the trainability of her sire and her mother’s performance.

“We compete against her mother most weekends that we go away (campdrafting),” Mr Hart said.

The couple said the filly would be a “baby making machine” for a couple of years.

“We are going to be collecting embryos from her and get her prepped to go campdrafting in mind to come back to Landmark Classic and go to those big ones like Warwick Gold Cup,” Mr Hart said.

Before she had even left the Tamworth complex, the couple had been fielding calls from prospective breeders looking to secure embryos.

While Mr Hart had been campdrafting his whole life and travels the world running horsemanship programs, Ms Hart was a little later to the sport. She didn’t begin participating until 2013 and is now a part of the Classic Ladies Foundation.

“I just recovered from breast cancer and decided to get into and now I wish that I’d started a lot earlier,” she said. 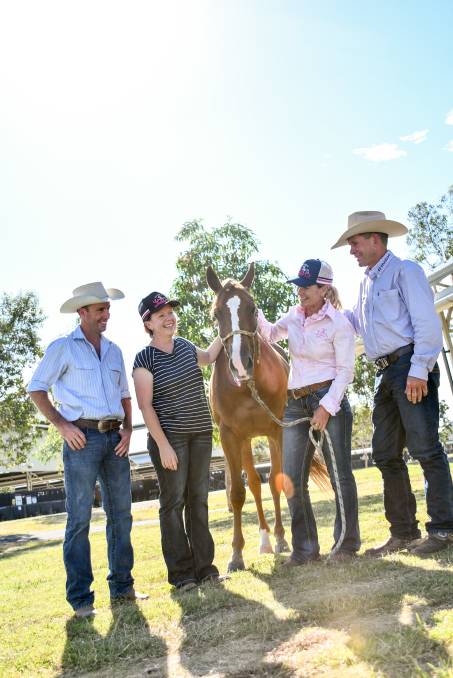 The filly was bound for a loving new home. Picture: Lucy Kinbacher

“It’s probably the best sport in the world.”

The previous Landmark Classic sale record of $210,000 was set in 2017 for a rising three-year-old colt sold by Russ and Bec Bradley, Victoria.

Only four horses have made more than $100,000 in the 12 years of the Landmark Classic sale with all four of them sporting One Moore Spin bloodlines. In 2018 the Corbetts, who were founding vendors in the sale, sold another progeny of One Moore Romance who was secured for $130,000.

They were set to sell a full brother to the top price filly on Saturday.

The Crobetts obtained the filly’s mother, One Moore Romance, as an eight-month-old foal from Todd Graham and are well-known competitors on the campdrafting circuit.

He didn’t begin riding until he was 18, preferring motorbikes for their mustering work on the family cattle property.

That was until he found a love for studying and sourcing horse pedigrees.

“I used to buy well bred geldings and sell those and replace them with well bred fillies and build our way up just chasing good pedigrees,” he said.

Landmark national livestock marketing specialist Mark Barton said Yaven Smooth Spin had a mare line that was almost impossible to secure making her a highly sought after offering in the sale.

“It represents probably two of the best winners of all time in the campdrafting and cattle world,” he said.

“To have One Moore Spin and Romance in that bottom side, they’re widely regarded as two of the best three or four mares of all time.

“Everyone is chasing that strong maternal strength and that mare oozes it.

“What’s the difficult thing is to find a mare (One Moore Romance) that can pass it on and she has already shown that she has the ability to pass it on.”