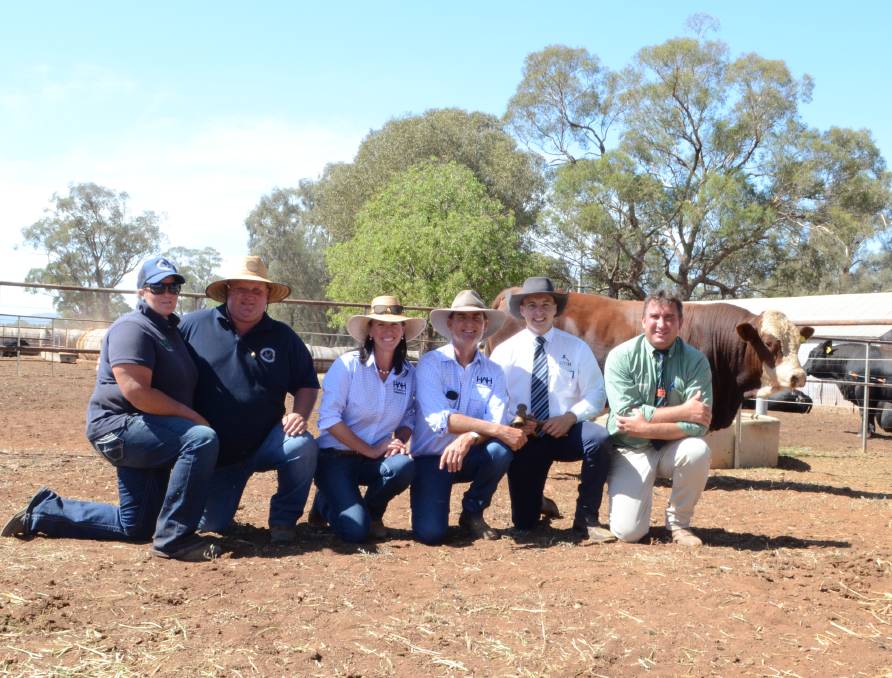 An increased number of stud and commercial buyers registered their attendance at the sixth annual Wormbete Simmental sale.

An increased number of stud and commercial buyers registered their attendance at the sixth annual Wormbete Simmental sale, on account of John and Nicole Hopkins, with invitation to Stuart and Samantha Moeck, Valley Creek Simmentals, Bowral, last Friday.

Primus was the first son to be offered in Australia by Anchor D Raptor 392C.

Top price female, Wormbete Heroine N42, was purchased by Emohruo Grazing, Middlemount, Queensland, for $6750, who also purchased a further two heifers to an overall average of $4333.

Among the volume buyers were Glencoe Pastoral, Holbrook, who averaged $4500. Also purchasing two bulls were G and AS Wilford, Tarcutta, to average $4250.

The sale was settled by Landmark Wagga with Lincoln McKinlay, Glasser Total Sales Management, as auctioneer.