TAMWORTH based Dorper and White Dorper stud, Nomuula has taken out the top awards again this year at the 2019 Eastern Region show and sale held at Dubbo.

TAMWORTH based Dorper and White Dorper stud, Nomuula, has taken out the top awards again this year at the 2019 Eastern Region Show and Sale held at Dubbo.

Nomuula stud principal Cherilyn Lowe claimed the most successful exhibitor awards for both the Dorpers and White Dorpers.

"We worked very hard to get the genetics, sound confirmation and true to breed standards," Mrs Lowe said. Joanna Dixon and Cherilyn Lowe, Nomuula Dorpers and White Dorpers, with the grand champion White Dorper ewe. They were the most successful exhibitors. 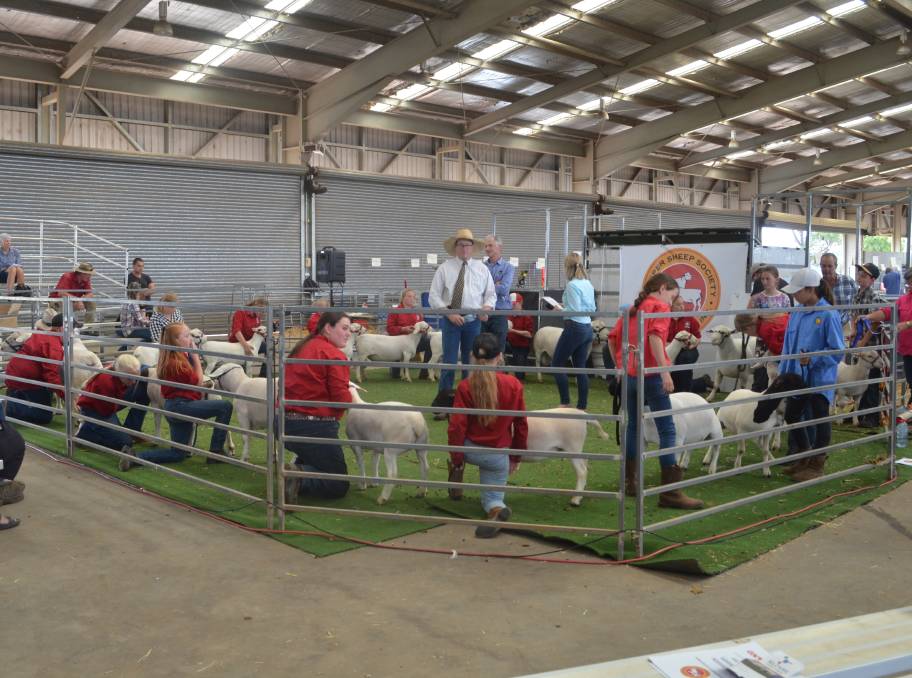 Twenty competitors from Dubbo High's Delroy campus in the under 15 handler class filled the show mat.

Senior champion ram was Prieska 170696, who took the grand champion Dorper ram honour with Tuckeroo 170133, the top priced ram of the sale was reserve champion.

Harewood 180018 was selected as the junior champion White Dorper ram.

Judge Justin Kirkby of Amarula Dorpers at Gravesend felt the sheep were of an outstanding quality.

"It was really pleasing, all of the sheep deserved their placings and were a great representation of the breed," he said.

Dubbo College's Delroy campus teacher David Piper attended with 27 students from their agricultural program who assisted studs in both the show and sale.

"We would like to thank the Dorper society for the opportunity that they give the kids," he said.

"The sheep were all of a high quality and deserved the ribbons they got," she said.

"The students that helped here are absolutely outstanding. We would like to sponsor them at the two-day junior school held at Amarula Dorpers in September to thank them for all the work they do."