Industry and service hubs which are those larger regional towns that don't make the grade of a regional city, have grown just over 3 per cent and regional cities have grown about 8 per cent.

Regional cities are growing and changing with the population's skills base, and they're further than ever away from 'rural'.

A BIG shift is taking place across regional and rural Australia.

Regional cities are now stark in their difference to small country towns and, says Kim Houghton of the Regional Australia Institute, regional no longer means rural.

Mr Houghton told the recent Australian Bureau of Agricultural and Resource Economics and Sciences (ABARES) Outlook 2019 conference the RAI found 400,000 people had migrated to regional areas in the last five years, taking some pressure off the big cities.

But it is a myth there is a great drain of Australia's inland population to the coast. "There are certain areas in Australia where populations are shrinking, many are in the inland areas, but overall, even those rural areas, as a group their populations are holding steady," Mr Houghton said. Yet some small rural towns are shrinking, even dying off and larger regional town centres are expanding. 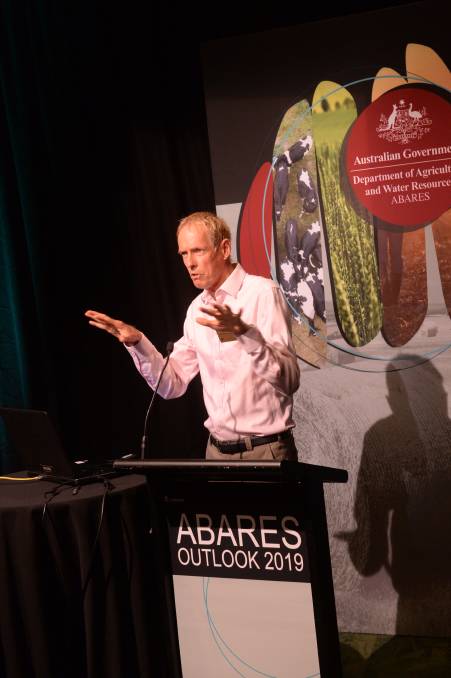 Kim Houghton of the Regional Australia Institute says agriculture in Australia is no longer the significant employer that it once was.

In the last 15 years research shows industry and service hubs in larger regional towns that don't make the grade as a regional city have grown just over three per cent and regional cities have grown about 8pc.

During the same time metro growth was about 10pc. The highest growth rates in the last 15 years have been in what the institute calls the 'connected lifestyle regions', buffer areas around the the capital cities - the commuter belts.

But while all this growth has been taking place, the agricultural workforce has shrunk.

Agricultural employment peaked at about 600,000 in the era of the Second World War, but has since dropped to its current 350,000.

Yet Mr Houghton says this is not a huge drop in terms of total numbers, more relative is the significant decline of primary agriculture's share as an employer.

Australia has grown around resource development from its early days, and agriculture has a seemingly natural role in that.

But Mr Houghton says that is changing.

Primary agriculture production has dropped from employing a quarter of the population at it's peak to 3-4pc nationally today.

"At the moment there is a significant amount of jobs going begging in regional Australia with 42,000 vacancies.

"Even in Gippsland, which we think of as regional, the largest single group of jobs going begging at the moment are in the professional categories of health, education and other services." He said the changing job mix in regional Australia has seen significant growth in the number of professionals and slower growth in other medium-skills service categories.

"What this tells us is that our communities are changing," Mr Houghton said, there are different jobs now.

Australia's biggest challenge, he said, is maintaining the depth, breadth, skills and occupations in smaller communities and regional centres for their ongoing viability.

"We need a mix of services, we need to have the people there to take on those jobs," Mr Houghton said.

The challenge for our communities, even in regional cities, is attracting and retaining people for these jobs.

And where agriculture fits into that is rapidly changing too. Agricultural production has for years been on a trajectory of efficiency and productivity gains.

And Mr Houghton said it is clear the reason Australia is maintaining international competitiveness is that we are able to do more with less people. "That is why the number of people employed in agriculture has dropped so significantly," he said.

"So the provocative question is: What role is there for agriculture in the future of regional Australia?

In some inland areas most people are involved in agriculture. These areas, Mr Houghton said, are where the prospects for agriculture - and the trade-off between technology and people - will be most significant.

Studies show about 22pc of jobs in regional Australia are at risk of automation, with agriculture the key sector. The jobs at most risk are low-skill, labour intensive and routine roles, often entry level, for instance where a touch screen can replace people to take orders.

But acceptance of this across regional Australia is an unknown.

So whether these labour-reducing technologies are taken up or resisted is yet to be seen.

There is also potential resistance from consumers, because they want people to have jobs.

And there is significant growth right across Australia for high-tech, high-touch and high-care jobs.

"These are things machines can't do, things you need a person for.