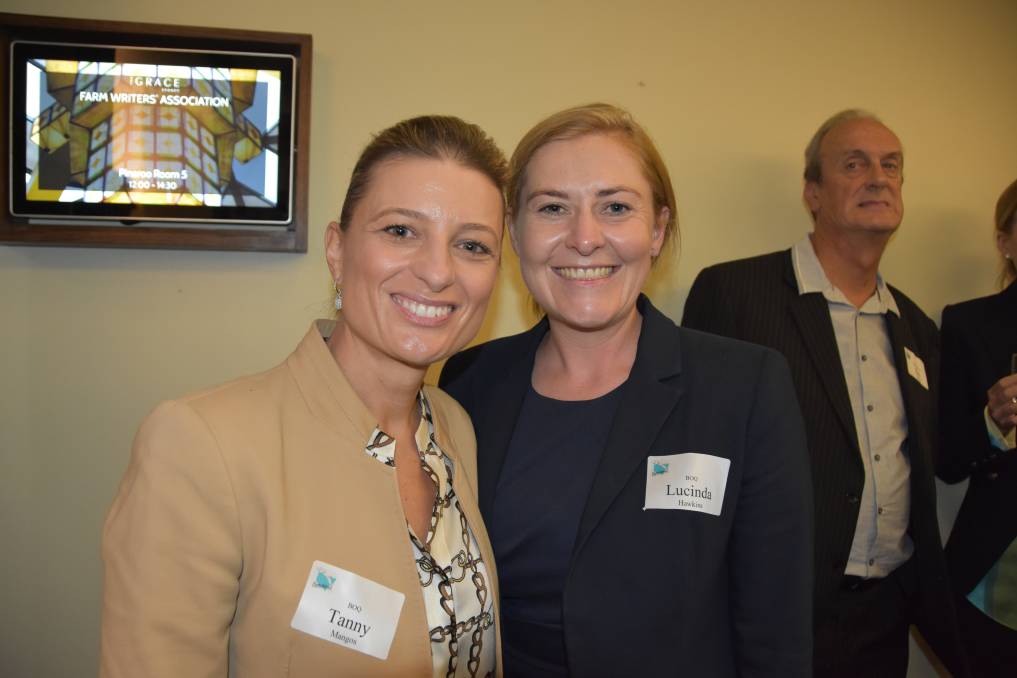 Bank of Queensland's Tanny Mangos and Lucinda Hawkins at the Farm Writers luncheon.

Farm Writers' scored a coup by getting rival political primary industries ministers to debate what were the hot topics in the lead-up to the state election this Saturday.

About 150 people gathered at the Grace Hotel in Sydney to hear Nationals' Mr Blair go head to head with his Labor opponent Mick Veitch.

But it was not blow after blow, more point after point, with both men showing they held some regard for each other - even being in a photo together.

The next Farm Writers event will be Agribuzz during Sydney Royal on Wednesday April 17.