Angus Perry's photo of the rainfall along the Boomi Road, 2km from Goondiwindi (on the NSW side of the border).

Monaro planting underway on back of solid rain

Weekend rain has seen big falls in the north of the Moree shire, with a video showing an extraordinary 200mm in one area on the Boomi Road in a freak downpour.

Meanwhile on the Monaro in southern NSW, a supercell with a rain system dumped more than 30mm of rain at Cooma in 20 minutes.

Widespread rain was recorded throughout the Monaro and in many parts of the Southern Tablelands. Goulburn has also scored 105mm in the last week, and drought-hit Braidwood also received good falls. There has also been solid falls of more than 60mm in most parts of the South Coast. Bega Valley added another 60mm to its already healthy totals for March.

The most extraordinary scene was on the NSW Queensland border near Goondiwindi where it poured on Saturday night. This video is  courtesy of Higgins Storm Chasing, via Moree Champion.

Boggabilla was given the biggest drenching, with reports of up to 180mm recorded overnight on Saturday.

Boomi reportedly received between 50mm and 65mm. An unofficial report of 200mm fell on the Boomi Road near Goondiwindi. Already some major oats sales had been reported in Moree for cropping. The rain of course is only bitter sweet to much of the district as there is a huge soil moisture deficiency.

Many broadacre Moree farmers are on the financial brink after two years of failed crops or no crops. But rain in the north of the shire will lift some hopes. 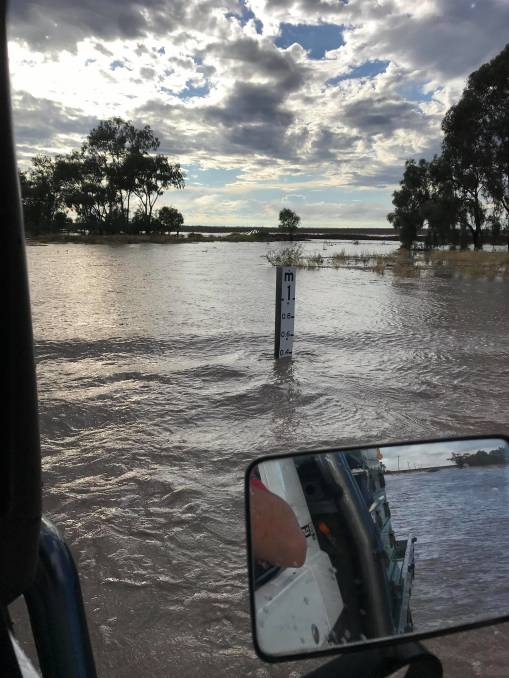 Meanwhile on the Monaro, a variety of crops are going in on the back of upwards of 40mm in many areas, from even late wheat, to ryegrass (annual and Italian), and grazing triticale and barley, and lots of lucerne.

One farmer said it was the biggest downpour he'd seen in 50 years, with nearby Cooma getting 30mm in 20 minutes in a supercell within the rain system. That was "fantastic", but now he had the job of fixing washed down fences.

The effect on the ground has been "terrific" according to Landmark Cooma agronomist Chris Hillman. The Land was due to interview Mr Hillman last week about how bad the drought was, but couldn't phone until today, when the story had totally changed for the better.

"The rain has really spurred on a lot of activity," Mr Hillman said.

Landmark Cooma has been selling a lot of seed. Graziers were sowing into just the top 10-15cm of soil moisture.