Police have arrested a group of people after they chained themselves to a Goulburn abattoir and refused to leave.

Police Inspector John Sheehan told the Goulburn Post that all nine people who carried out the protest this morning at Southern Meats abattoir had been charged with trespassing and hindering police. 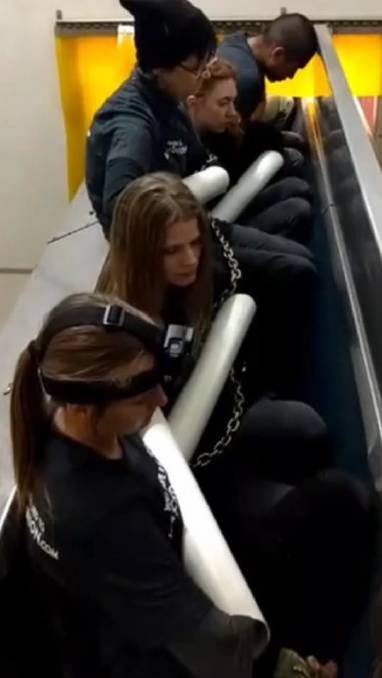 He said they had all received bail and would attend Goulburn Local Court at later dates.

Recapping - there were nine alleged offenders: three men, one aged 46 and two aged 22, and six women, aged between 21 and 61.

He said three of the women were facing additional charges of resisting arrest.

"These were the three women who refused to walk from the abattoir and had to be carried to the police vehicle," Insp Sheehan said.

Her said all were taken back to Goulburn Police Station and charged.

Inspector Sheehan would not releases the names of the protesters at this stage, but said they would be available on the court dates.

Three of the protesters will appear in Goulburn Local Court on May 15, three more on May 22 and the further three on May 29.

He said they were all from Sydney, except for the 61-year-old woman, who was from Canberra.

"We were first called by Southern Meats at 4.20am to attend due to reports of people trespassing," Insp Sheehan said.

"We attended and located nine people who had locked themselves onto one of the conveyor belts and who refused to leave after being requested to by police.

"They had chained themselves to the machinery using PVC piping. They were locked in. We called Police Rescue to remove them safely before they were arrested and charged."

Animal Justice Party candidate for Goulburn in the recent state election Tracey Keenan has said that the protest action in Goulburn this morning had no affiliation with her party.

"I can absolutely, 100 per cent guarantee that the Animal Justice Party would have nothing to do with that," she said.

"We do not have anything to do with these types of actions. Our actions are in and through government."

In a statement, Mr Barilaro criticised the actions of the protesters and said: "it is simply not acceptable to deploy illegal methods to bully and threaten NSW's hard working farmers."

"This is irresponsible and reprehensible behaviour by a group of vigilantes that will stop at nothing to bully our hard working farmers," Mr Barilaro said.

"These are deliberate attempts to destroy our farming businesses, most of whom are hard working families that grow the food and fibre that we all consume on a day-to-day basis."

Mr Marshall also condemned the actions of the protesters and said the Government was taking action to help support farmers against illegal activity into the future.

"The actions of these protesters is not only disturbing but is also in many cases simply illegal," Mr Marshall said.

"Our farmers are already doing it tough with one of the driest periods on record. The last thing they need is to face bullying, illegal trespassing and disruptions to their legitimate businesses and livelihoods.

"This government has committed to reviewing trespass laws and associated penalties, ensuring we can effectively protect farmers against such extreme and alarming methods of activism.

"We have also committed to appointing an Agriculture Commissioner to work with the Office of the Small Business Commissioner to support farmers whenever their right to farm is under threat."

The protest occurred before the plant went online at 5.45am.

Video (below) shows the protest appeared to be peaceful.

Abattoir management said it had not disrupted operations this morning.

The Goulburn Post has spoken to Southern Meats CEO Craig Newton about events at the Abattoir this morning.

Mr Newton said business was not disrupted at the plant.

"Business has continued as usual because the people were removed prior to production starting," Mr Newton said.

"Nothing has been done to production at all. We normally start at 5.45am but people were at the plant at 3am.

"The protesters were all removed. The situation has been resolved and it is business as usual."

Mr Newton did not wish to comment further, apart from saying the protesters did trespass on the business.

"They did trespass on the business and they should not have done so, but the police will handle that accordingly. They did not cause any damage," he said.

At 9am, Goulburn police said there were no protesters left out at the site because there had only been nine in total and they were all removed.

They said they were working through the process of charging the individuals. 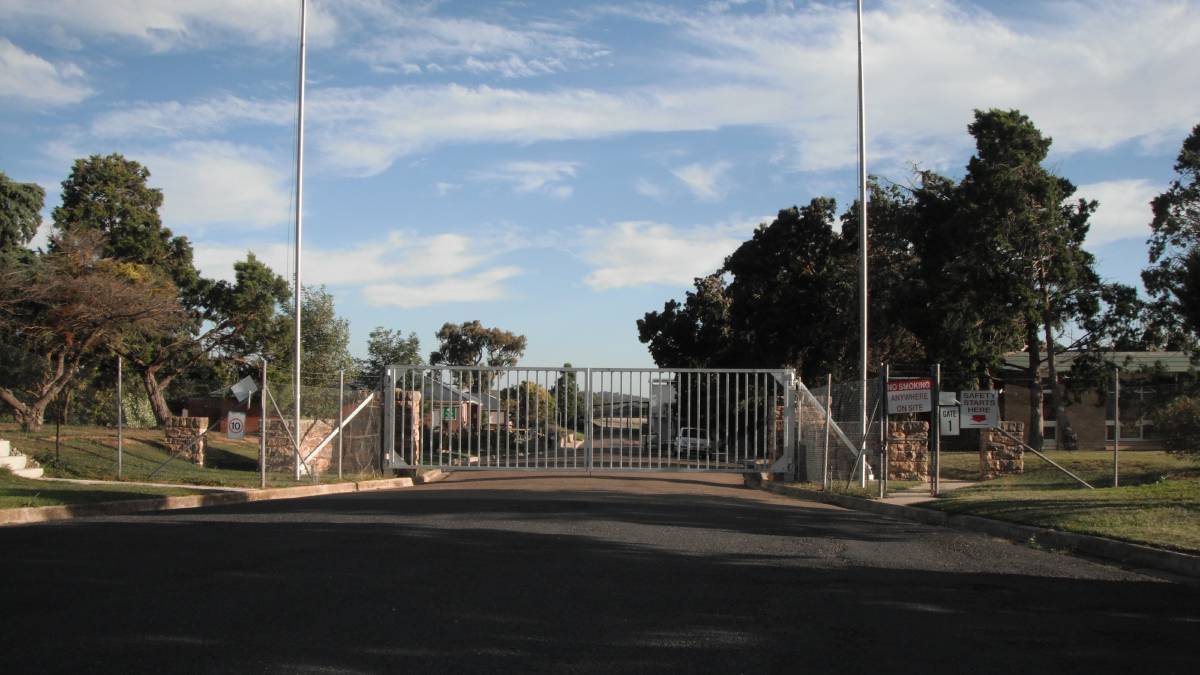 A GOULBURN-BASED abattoir has been the latest target in a nationally coordinated protest from animal activists.

NSW police arrested nine people after they entered Southern Meats, chained themselves to a conveyor and refused to leave.

About 2.30am this morning, the alleged offenders entered the  facility on Mazamat road, Goulburn.

Officers attended about 4am after the owner asked the people to leave who allegedly refused.

Police were forced to cut the offenders free and even carried three women to an awaiting vehicle when they refused to walk out of the abattoir.

It is understood to be one of a series of coordinated protests across the nation to mark the one-year anniversary of the animal rights documentary, Dominion.

Three men, one aged 46 and two aged 22, and six women, aged between 21 and 61 were taken to Goulburn Police Station where they are expected to be charged.

It comes after a group of animal activists stormed a Queensland facility earlier this morning, with other attacks believed to have taken place across the country.

The Land has contacted Southern Meats and is awaiting management's response.