All the results from the Angus Feature Show bull judging today at the Sydney Royal Show. 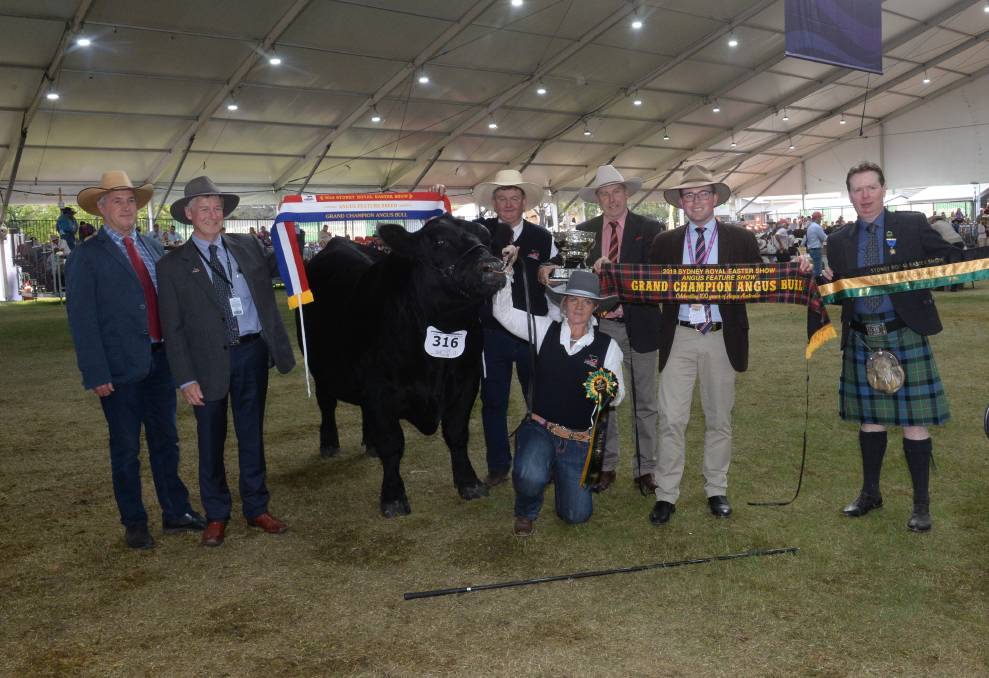 A SHOW stopping Angus bull from the Central West has overcome strong competition from 98 bulls to win grand champion bull during day one of the Angus feature show judging.

Sired by HF Kodiak 5R from Black Diamond Ms Expedition J406, the two-year-old bull measured 131 centimetres squared in the eye muscle area (EMA) and 11 millimetres and 8mm in the rump and rib fat.

Mr McLaren said he was very correct, long and had extension throughout.

This wins follows on from the bull's dominate performance towards the end of 2018. He was crowned the interbreed champion junior bull at Melbourne Royal Show while also being a member of the all breeds interbreed junior champion pair at the Royal Adelaide Show.

Read about the other Angus bull show results below.