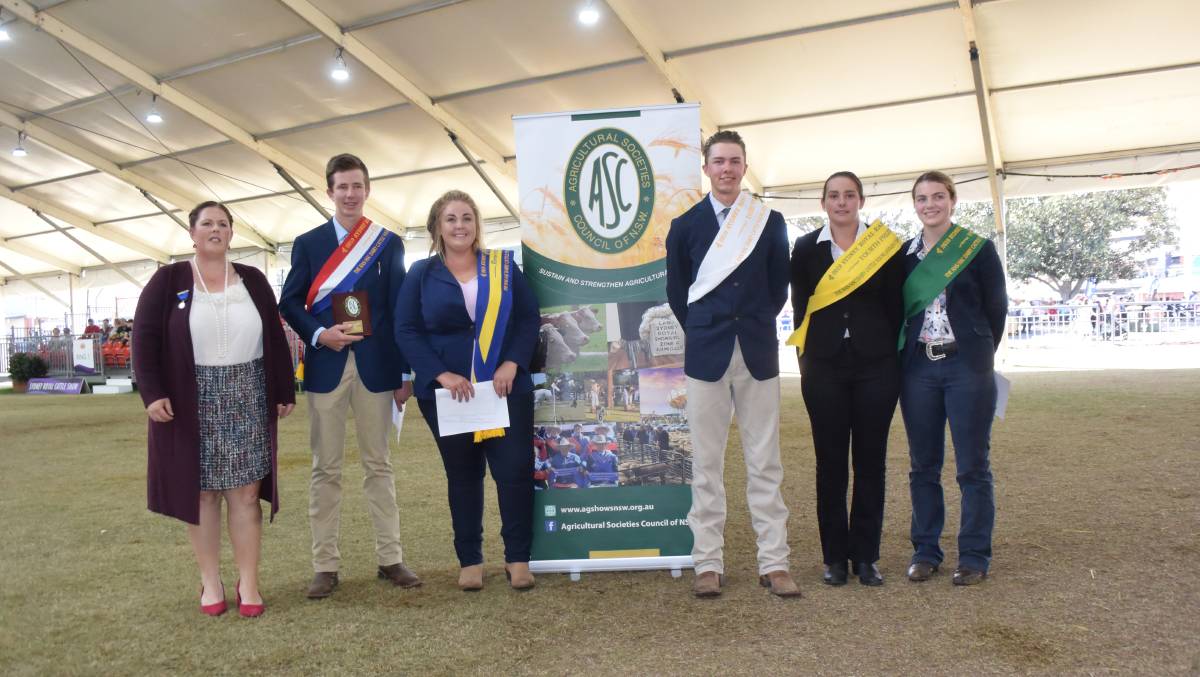 For Mr Atkins, 16, it will be the second time in two years to represent his home state, flying to Adelaide last year. In Perth, come September, he will not only compete in the junior dairy judging but also the dairy parading, after being chosen for that role on Saturday.

"I have a passion for this industry," said Mr Atkins, whose family moved their Jersey and Holstein enterprise from Johns River in the Manning Valley to potentially greater opportunities in the Peel Valley two years ago - before drought became a household word.

"I've loved dairying ever since I was a kid and I believe the indusry will turn around - it has to or we won't be drinking Australian milk."

ASC president David Peters, "Hillmeads" at Hartley Vale, told the young judges that the future of shows relied on their interest and knowledge.

"Without judges we don't have shows," he said. "Judging competition is what it is all about."

"Judging cattle has taken me all over Australia and internationally," she said.

Reserve ribbon was awarded to Brooke Hewett, Fairbrae Jerseys at Bentley near Lismore, who previously represented NSW in a national final in 2016.

"I work with dairy cattle every day but in this competition there was not a lot between cows," she said. "My advice to young judges is to just get in and have a go. Get involved in competitions within your region."

Third placed ribbon winnner Brayden Evert, originally from Berry on the South Coast, now works as herdsman with the giant Moxey Farms at Gooloogong via Forbes, where he concentrates on reproduction, heath and nutrition - performing 20 artificial inseminations every day on the herd of 6500 Holstein cows, with another 1000 arriving next week.

"At Moxey Farms I make it a habit to judge cows as they come into the dairy," he said. ""I hope to run my own farm in a few years in the western districts but if the government doesn't change the rules on water allocations I might have to move back to the coast. At the moment we're selling milk for the price of our water."

Fourth placed ribbon went to Olivia Lambkin from Broke on the Hunter where she helps her family milk Holsteins and cross breds.

Fifth place went to Cassandra Bush, whose family runs a Hereford stud at Cootamundra and who attends Hurlstone agricultural high school at Glenfield.