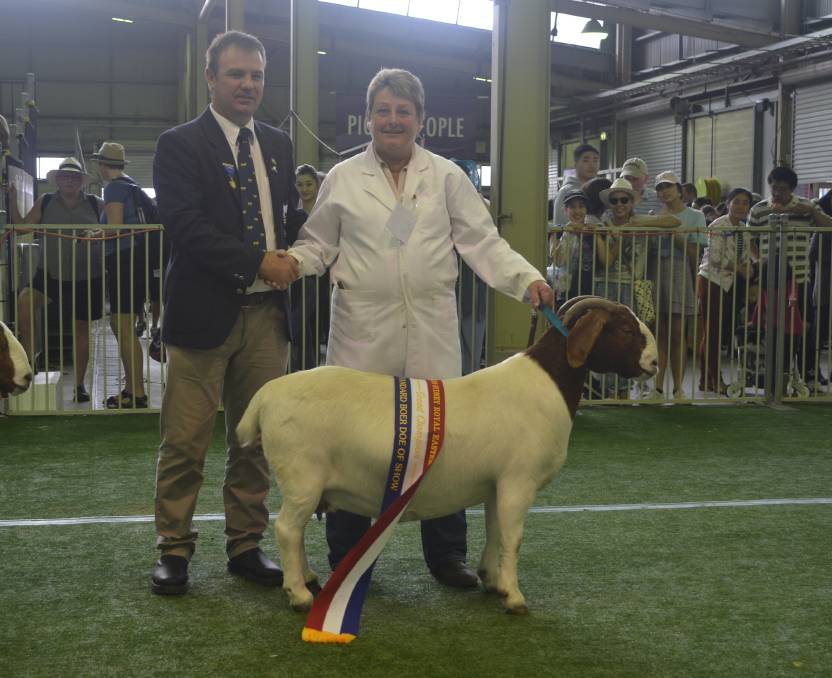 Eugowra's Pacifica Boer Goat Stud have enjoyed an outstanding day in the doe section of the 2019 Sydney Royal Show competition, eliciting an outpouring of emotion from those involved with the enterprise.

Renowned for the quality of their bucks, Pacifica have stunned even themselves with their haul of ribbons from the doe competition.

The Senior Champion went on the be awarded Grand Champion Standard Boer Doe which was a first for the stud.

"Bucks have always been our strength and what we have been known for.

"We have worked really hard on our does the last couple of years and that effort is now paying off.

"It is great to see the quality they show when they are younger carrying through."

Despite taking nothing for granted, Pacifica are quietly confident of a strong result in the bucks as well.

"You never know what the judge's decision will be but we are hopeful," Tracey said.

"A very well respected judge once said to me that you never take a champion to a show - you take a buck and hope you bring home a champion." 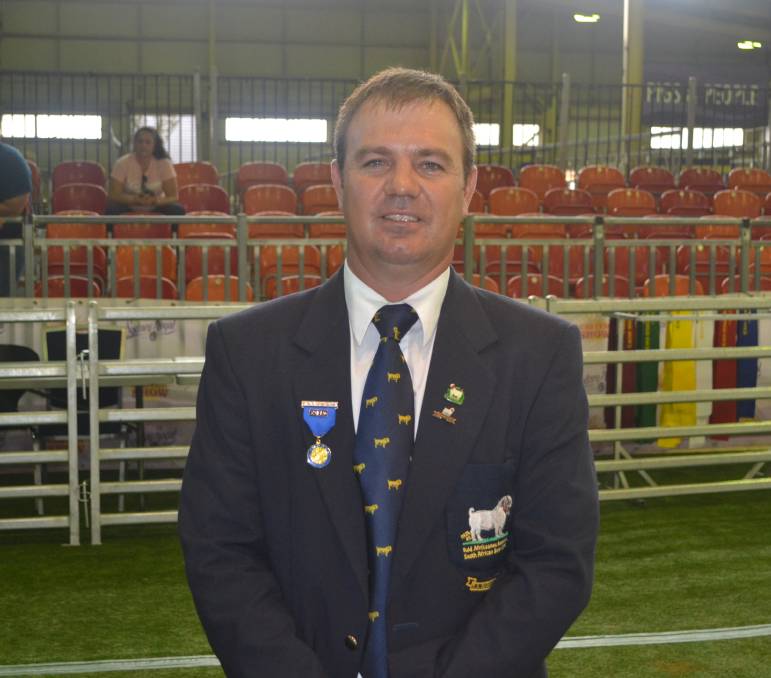 Judge Johan Strauss has been impressed with the quality at in this year's Boer goat competition.

Judge Johan Strauss, hails from southern Free State, South Africa, and has been judging since 2005.

This is the second time he has judged at Sydney, providing those duties in 2008 as well.

This year will see Mr Strauss judge at his fifth national show in South Africa.

He has been impressed with the quality on display this year at Sydney Royal.

"I am actually surprised how good the quality has been," he said.

"This has especially been the case in the older animals.

"I really have to congratulate the breeders.

"It is not always easy to bring so many quality animals."