New World is the only Australian beef jerky manufacturer to export to Vietnam. 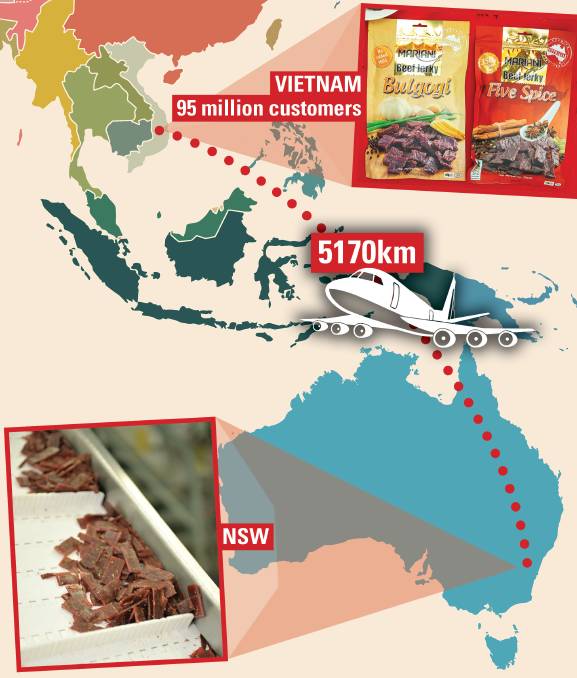 NSW exporters now have access to Vietnam, one of the fastest growing economies in Asia. Graphic uses photos supplied by the NSW Government and New World.

With 95 million potential customers, it's no surprise businesses like New World Foods want a stake of the market in Vietnam.

New World is the only Australian beef jerky manufacturer to export to Vietnam where the cuisine is a popular food in their eating culture.

While New World has been exporting beef jerky to Vietnam for five years, the memorandum of understanding (MoU) between NSW and Ho Chi Minh City Province means building further relationships with a growing economy.

New World Foods Asia Pacific sales manager Travers Nicholas said Vietnam was an emerging market and the company saw the long-term value of establishing the brand there to capitalise on the future potential of the market.

"They are traditional beef jerky eaters but it's a different eating experience for them," Mr Nicholas said.

"What we offer is more of a premium product that comes with the clean green image and all the ticks of no preservatives and colourings."

Tony Quinn, the successful entrepreneur famous for turning around Darrell Lea from near liquidation to profit, took over New World in 2018.

With the recent take over of the company by Quinn, the company is poised to further expand its global jerky footprint and turn what is essentially a cheaper grade of meat into a high valued consumer snack to the global consumer.

The company manufactures dual brands of beef jerky - Mariani and Local Legends - made from from Australian premium beef cuts sourced from Throsby in Newcastle and Monbeef Cooma in NSW.

The company has developed the air-dry process for biltong and in an Australian-first it has managed to meet compliance to export products to countries including Japan. It will also have a wagyu product coming onto the market soon.

Deputy Premier and Trade Minister John Barilaro said the historic agreement with Vietnam would get our exporters through the front door of one of the fastest growing economies in Asia. 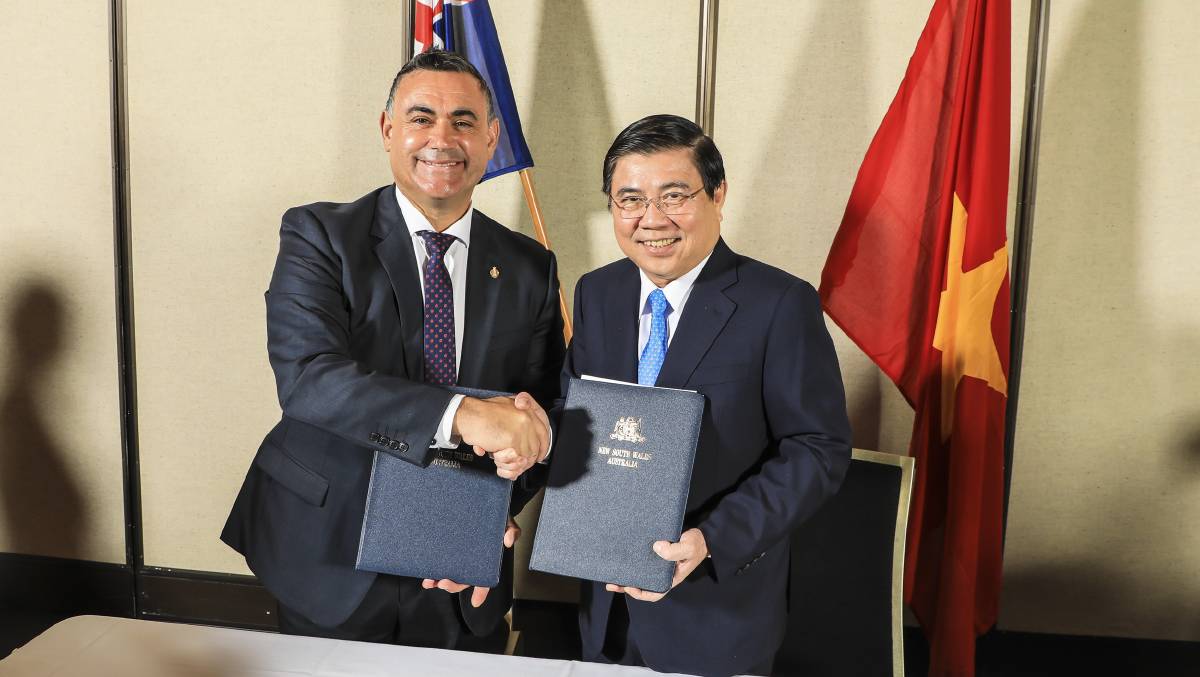 "NSW produces some of the best beef in the world and this agreement will ensure that demand for our produce will continue to grow," Mr Barilaro said.

"This partnership did not happen by accident. Businesses and consumers in Ho Chi Minh City Province look at NSW as a premium destination for protein and produce. New World is an outstanding example of the success our exporters can now work towards in Vietnam."

First time for everything

NSW's MoU with Ho Chi Minh City Province will also open avenues for goods and services exports as well as investment across a range of fields including education and training, resources, food and agriculture, startups and technology, infrastructure and tourism.

It has the fastest growing middle class in South East Asia and now NSW producers can capitalise on that with a memorandum of understanding (MoU) - the first of its kind signed by Ho Chi Minh Province, Vietnam.

"Ho Chi Minh City province has never before signed an MoU with any other city, state or country, which makes this an exceptionally significant occasion," Mr Barilaro said.

NSW merchandise exports to Vietnam grew a massive 31 per cent in the last financial year to reach $990 million.