Advertiser content: Quality meat from high yielding carcases is the objective of Kilburnie Angus stud as they breed bulls for clients who want their cattle to produce quality meat profitably.

Kilburnie Angus stud, Walcha, NSW, began performance recording in 1985 and, later, was one of the earliest herds enrolled in Angus Breedplan, according to stud principal David Murray.

Mr Murray has a passion for genetics, which led him to upgrade his commercial Angus herd to a seedstock business.

Initially, most cows were recorded as APR (Angus Performance Register) animals, but with a nucleus of Herd Book Register cows.

From a peak 500-cow herd in 2008, David and Sue Murray have scaled their operation back to an elite 150 breeders, turning off 60 bulls annually. These are sold at the annual on-property sale in spring.

Mr Murray is not apologetic - he is breeding bulls for clients who want their cattle to produce quality meat profitably.

"Commercial producers have to produce quality meat to survive and prosper. We produce bulls to meet these objectives."

Ten years ago Kilburnie Angus stud bought in a nucleus of cows from Te Mania, Tuwharetoa and Prime Angus studs to supplement their existing herd of high performance Angus.

"These three studs have consistently bred the animals with superior meat quality attributes that our clients need," David Murray said.

As part of its investment in genetics, Kilburnie Angus is concentrating on using and breeding bulls in the top one per cent of the breed for all four Angus indices.

"These indices balance all the performance data we are breeding for," Mr Murray said.

Bull calves are on the ground in July and August and weaned at seven to eight months old with an expected weight of 270-280 kilograms. From weaning, the young bulls are expected to gain 1kg per day weight grazing improved pastures and supplemented with grain.

By sale day, yearling bulls are expected to weigh at least 500kg and two-year-old bulls should be 600-700kg.

"Our focus on weights is driven by our clients' feedback. They want to wean steers at 300 to 320kg," Mr Murray said.

"These growth rates mean people in our district, using our bulls - where we have really cold winters - can finish their steers before the second winter.

"Above all else, they must meet modern meat quality specifications." 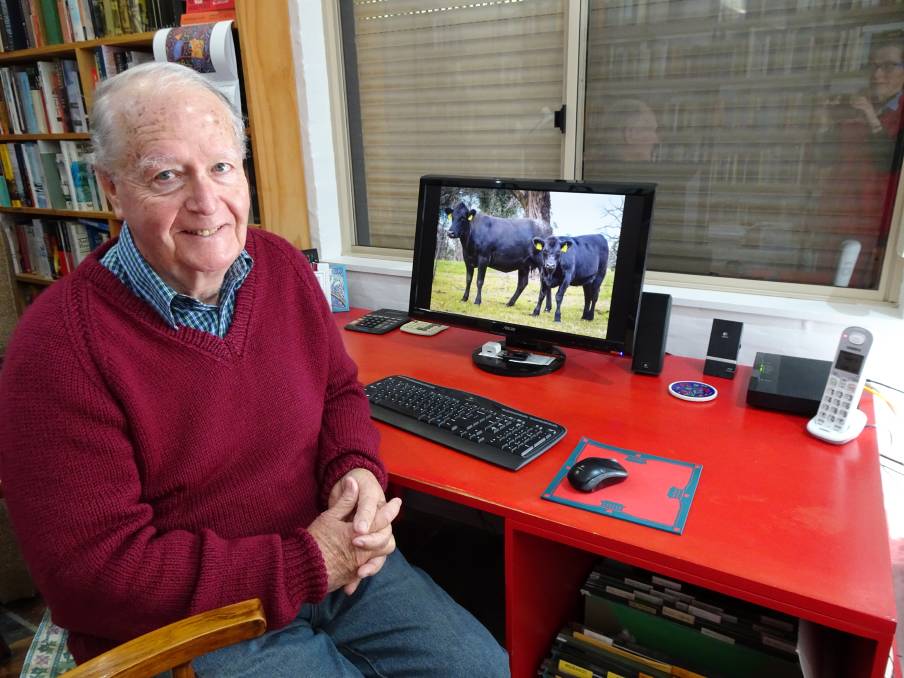 Mr Murray is getting feedback on the carcase performance of steers bred from Kilburnie bulls.

A number of co-operators have been helping Mr Murray to collect carcase information on grass-fed steers.

"Two clients have bred steers by AI using our bulls. These are grown out on grass on other properties," Mr Murray said.

"Performance is monitored and measured and, after slaughter, we get carcase feedback including Meat Standards Australia (MSA) index values and marbling.

"That helps us identify bulls that produce progeny that can attract premiums.

"In the most recent group of animals, all steers were well into the top 20 per cent for marbling and most were also in the top 20pc for meat yield."

The second main source of carcase information for Mr Murray has been the Angus Sire Benchmarking Program (ASBP).

"The ASBP is one of the fairest and most accurate progeny test programs being run in Australia. It has been an invaluable source of information for us," he said.

Kilburnie Angus has had 10 bulls accepted into the Angus Sire Benchmarking Program during the past eight years.

EBVs are also used in selecting breeding females for the self-replacing herd.

All heifers and young cows are naturally joined to prove their fertility while artificial insemination and embryo transfer are used extensively on the older cows to drive genetic progress.

"We base our breeding decisions on culling empty cows rather than using intervention to encourage cycling," Mr Murray said.

"Our clients need to know their heifers and cows can get in-calf with natural joining. We're breeding animals for calving ease. We want them to be fertile, so fertility is also recorded.

"We cull females that are likely to have calves with big birth weights, slow growth rates and poor fertility. If heifers get in calf on our tough country, they won't struggle to get pregnant on our clients' properties.

"We also want cows to grow as rapidly as possible to 600-day weights, from 550-600kg in our case. We want them to perform on grass alone after they get to that age and weight."

Cows are udder and teat scored after the first lactation. Roger Evans, of Bovine Scanning Services, is the independent assessor used by Kilburnie stud for all structural scoring.

Another EBV focused on is smooth coat due to the number of Kilburnie clients whose weaners enter the feedlot system.