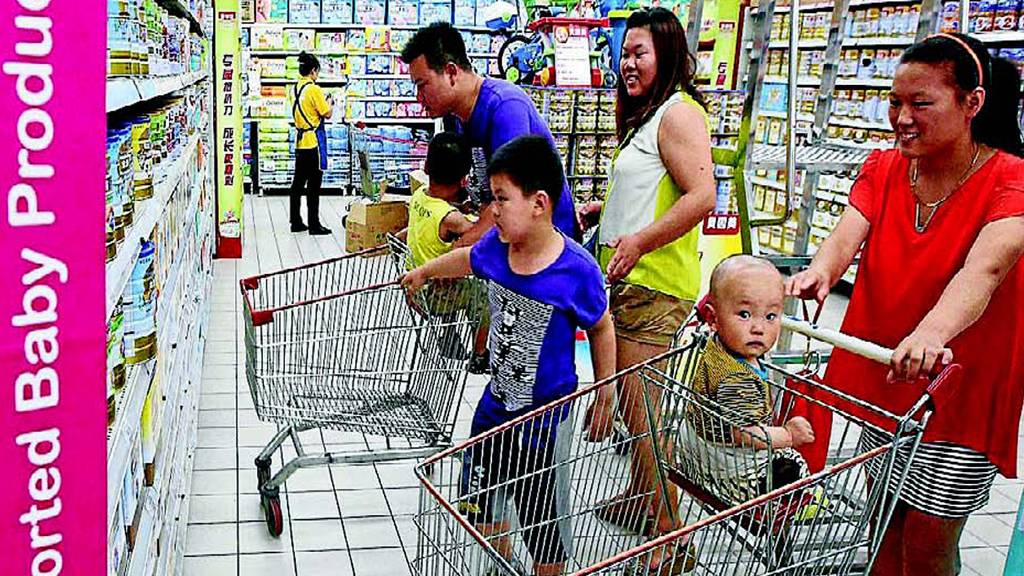 IMPORT CLAMPDOWN: China is trying to limit the sales of foreign-owned infant formula.

China has tightened rules for the sale of overseas infant formula into the country and set a target to be 60 per cent self-sufficiency in three years.

China has tightened rules for the sale of overseas infant formula into the country and set a target to be 60 per cent self-sufficient in three years.

Chinese state-owned media reported on Monday that the Chinese National Development and Reform Commission wanted China to better meet growing demand for infant formula and to improve consumer confidence in the Chinese product.

It said a quality and safety traceability platform would be built.

China would also inspect formula manufacturing companies in an effort to crack down on illegal adding of non-edible materials, overuse of food additives and tampering with food labels, Chinese media reported.

A registration-based management on overseas baby formula manufacturing enterprises would be strengthened to ensure the safety of imported baby formula.

The action plan said Chinese companies would be encouraged to buy foreign producers and set up their own production overseas.

It flagged financial incentives, such as tax cuts and funding assistance, to help Chinese firms to make acquisitions overseas.

Support would be given to encourage sharemarket floats and corporate bond issues.

The Australian Financial Review reported that it was feared the changes could hurt demand for Australian product.

A2 Milk stock was down more than 10 per cent at mid-afternoon on Tuesday.

But Chinese analysts told the Australian Financial Review Beijing had set similar targets to be more self-sufficient in 2013 that were never realised, and said the new rules should not be "over-interpreted".

"I don't think it will have a significant impact to overseas infant formula manufacturers," a dairy analyst in China Song Liang said.

"It is to show central government support to domestic infant formula producers. For overseas sales agents and manufacturers, if you abide by China's regulation, there should not be a problem."

Australia's biggest infant formulas exporters to China include A2 Milk, Bellamy's and Bubs Australia. The biggest foreign players are Europe's Danone and Nestle and US companies Mead Johnson and Abbot Nutrition.

An A2 spokesman told the Australian Financial Review the company was examining the NRDC's announcement but noted there had been no new specific regulations proposed or any amendments to existing regulatory framework.

Bellamy's, which is still trying to obtain approval from China's State Administration for Market Regulation for its China-labelled organic formula series, declined to comment to the Australian Financial Review on the record.

Bubs Australia was one of the hardest hit, with its stock falling 8 per cent on Tuesday after crashing 7 per cent on Monday.

But chief executive and founder of Bubs Australia, Kristy Carr, told the Australian Financial Review the focus on encouraging Chinese players to move further into global supply chains would actually work in Bubs' favour, given it established a relationship with Chinese formula group Beingmate in March.

"They are very closely aligned with the Chinese authorities and I think setting up a joint venture ... is really the type of kind of relationship between an international brand and a Chinese company that they are encouraging," Ms Carr said.