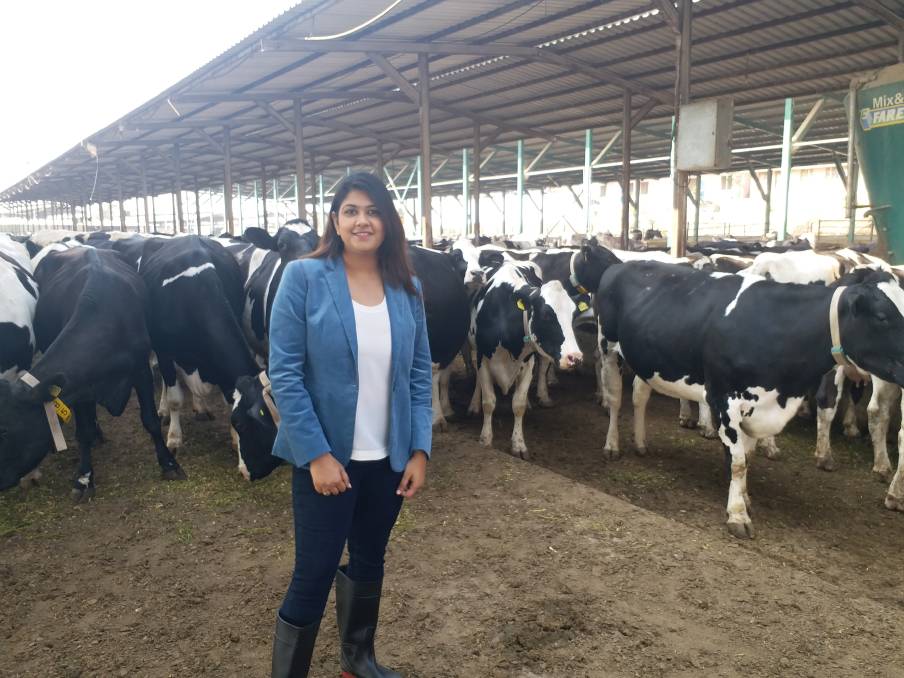 Parag Milk Foods, which is the largest dairy in India, who is capitalising on the milk evolution in the country.

Imagine being a city consumer and having fresh milk on your doorstep within eight hours of milking.

That's the case for Parag Milk Foods, which is the largest dairy in India, who is capitalising on the milk evolution in the country.

With cow's milk production growing rapidly in India and demand for dairy rising at the same pace, Parag Milk Foods has developed a premium farm to home brand 'Pride of Cows' from its own Bhagyalakshmi dairy farm

The premium milk is sold with the message: "we love our cows you will love their milk".

Every morning the cows start off the day with music and a morning prayer. The cows are checked three times a day, they have rubber mats and a nutritionist planned diet.

They are the first family farm in India to adopt natural practices on their livestock with homeopathic remedies.

"They are the most pampered cows in the country," Parag Milk Foods Sr. VP. Strategy Akshali Shah said who presented at the Alltech ONE19 conference in Lexington Kentucky.

Even though India is the world's largest producer of dairy, Ms Shah said the yield per cow was one of the lowest with 1500 litres each lactation.

Parag Milk Foods strives to improve this situation by using the Happy Cow treatment with zero human intervention to their breed of over 3000 Holstein and Friesians cows.

But Parag's Pride of Cows brand is not accessible to everyone. The premium milk is accessed through a subscription model where customers have to be referred.

In eight years since its inception, the Pride of Cows fresh farm milk is delivered to 45,000 customers from influential socialites to celebrities like Bollywood stars.

The process is entirely mechanised and milk is instantly pasturised before it's delivered through cold storage, tracked and monitored via GPS to the company depot for local delivery in cold insulated bags.

They now have a global footprint in Singapore and Dubai where the milk is airlifted every day.

"It's worth three times the value of normal milk in India," she said.

While 20 per cent of the world's milk production comes from India, Ms Shah said Indian farmers treated it as a secondary income behind vegetables, wheat and rice depending on what region they come from.

"Unlike rest of the world where 90 per cent of milk is cows milk, in India 45 per cent is cow and 55 per cent is buffalo milk," Ms Shah said.

"But that trend is changing now. In the last five years now people see that it is better to keep cows as consumers are demanding cows milk.

"What is driving that change is globalisation and scientific knowledge given to farmers."

She added there was a change in perception as people wanted convenience. But she said 85 per cent of the dairy industry was still unorganised, something that was also changing each year with eight per cent moving from unorganised dairy operations to organised.

An average farmer has two cows. Most farmers milk their cows in the backyard keeping 50 per cent for themselves and the remainder to companies. The price is usually set by the government and varies depending on where you live.

Parag Milk Foods, which was founded in 1992, also manufactures products like ghee (butter oil) in which is exports to more than 31 countries including Australia (exports are three per cent of Parag's business revenue).

"Cheese is also something we are doing that no one else is, we are driving the market share with a significant share of 40 per cent in India," she said

"Eighty per cent of the diet in India is protein deficient as we at Parag are entering into the health and nutrition category to address the same by introducing products like milk protein and whey protein."