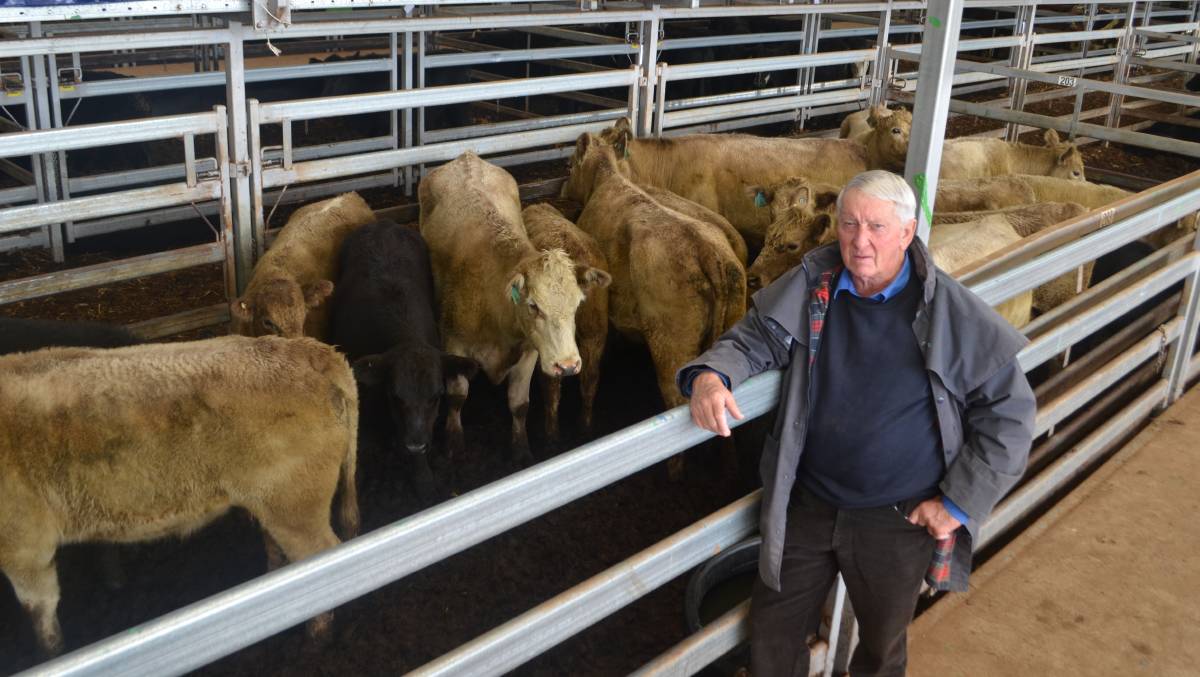 Rodney Wolter, Hillview, Walwa with the pen of 12 Charolais cows with their second Angus cross calves he purchased for $1960.

With 1765 head yarded for the regular store cattle sale at NVLX Wodonga, there was spirited bidding on the lines of quality stock with feedlot operators competing with local restockers for the better pens.

The market was quoted as being stronger than the previous sale at NVLX Wodonga but in line with the rise in store prices across southern saleyards.

Peter Ruaro Rodwells, Wodonga auctioneer Scott Campbell thought the values for the heavier steers were 20c/kg to 30c/kg up on the last sale.

"There was a lot of strength in the market," he said.

"It was definitely dearer for the light weight steers and the heavier heifers, but there were some good chances for buyers to pick up a reasonably priced pen."

Victoria restockers from Wangaratta, Wodonga and Corryong competed with producers from Finley, Griffith and Narrandera.