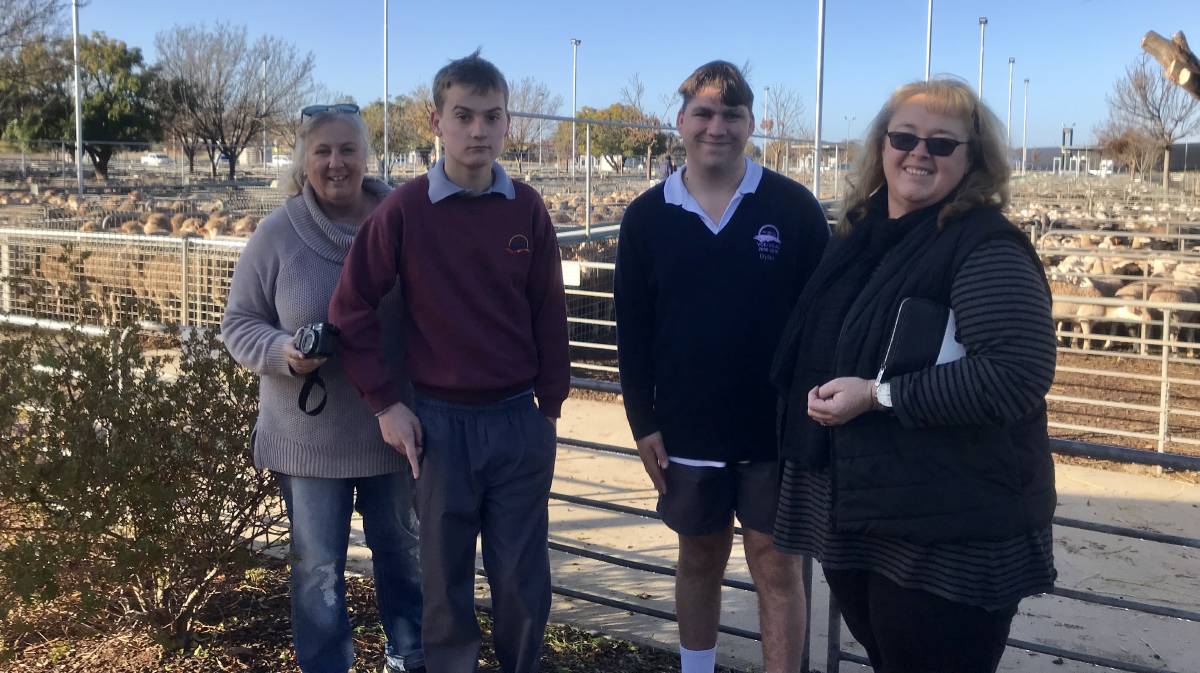 As winter temperatures halt pasture growth and spring looks a long way away, the consistent price for mutton is one point of relief for sheep producers.

As winter temperatures halt pasture growth and spring looks a long way away, the consistent price for mutton is one point of relief for sheep producers.

Pregnancy-scanning for a second or third time hasn't been uncommon this season, as farmers up and down the eastern states look for any way to lighten the load through winter.

That often means dry ewes, and as those get harder to find, the already historically high price is likely to strengthen.

Plenty has been said about lamb prices this month, with the saleyard record falling again last week when a pen of extra heavy crossbred lambs hit $354.20 a head at Wagga Wagga, NSW.

A lack of availability has seen the heavy lamb indicator go flying past the trade price in the east to 926 cents a kilogram on Wednesday, a premium of 233c/kg on the same time last year, having lifted 18c/kg in the past week alone.

But there would be few producers outside of lotfeeders with any lambs left, meaning the mutton price is perhaps more pertinent currently, for both those selling and those hoping to restock leading into spring.

The Eastern States Mutton Indicator sat at 582c/kg yesterday, up 67c/kg year-on-year, as sheep slaughter has fallen this month to below where it sat last year.

According to the National Livestock Reporting Service, sheep numbers dropped by nearly 1500 at Bendigo on Monday, with heavy crossbred ewes selling from $200 to $256 and heavy Merinos to a top of $214.

Most categories of ewes averaged 10-50c/kg dearer carcase weight, with 18-24kg Merino ewes with a fat score of 3 averaging 636c/kg.

Numbers didn't differ much at Ballarat on Tuesday, but sheep prices still climbed, lifting between $5 and $12, with heavy Merino sheep making from 620-730c/kg.

Sheep slaughter lifted last week following a shortened processing window the week before because of the public holiday, but still sat 12 per cent lower year-on-year for the eastern states.

As Meat & Livestock Australia pointed out, that likely meant more upside for mutton, as returns had remained strong through periods of heightened turn-off and slaughter earlier this year.

However, Ron Rutledge, Elders, said with producers north of the Murray about a month of weather away from making further stocking decisions, there could be more sheep entering the market than the industry might have hoped.

"A lot of people are at a crossroad of where to go with livestock as the season deteriorates and without further rain it will be a struggle to go forward with sheep," Mr Rutledge said.

"With the premise of what they learnt last year, a lot of people won't consider feeding them again because of the cost they incurred, so they will turn off to avoid going into more debt.

"Low water allocations will also have a significant bearing on the ability to run livestock on irrigation, with just 7pc allocation in the Murray system people can't run them on that.

"South of the Murray it is wait and see, with most areas apart from South Gippsland going okay season-wise so far."

He said reports from lamb marking contractors, who had begun marking the first run of suckers, showed a continued reduction of numbers from scanning to marking because of the tough autumn, averaging 60-65pc of the ewe flock.

"It is having a tsunami effect, the normality of what we expect isn't going to happen in a lot of areas, except maybe Victoria where season is in the balance," he said.

"We are expecting suckers in August but as to what they are going to present like, don't think anyone quite knows yet."

He added the price structure of lambs and hoggets would mean an increased amount of young ewe hoggets going to slaughter.

"Restockers don't have the ability to pay slaughter price when it is usually the other way around, which changes the whole dynamic of the industry," he said.

"Seeing a lot of young ewes being slaughtered in markets across the state that would usually go out to the paddock which is another further downgrade on numbers.

"With slaughter demand so strong will assist those who need to exit, but it is counteracted by the numbers of livestock still dwindling."