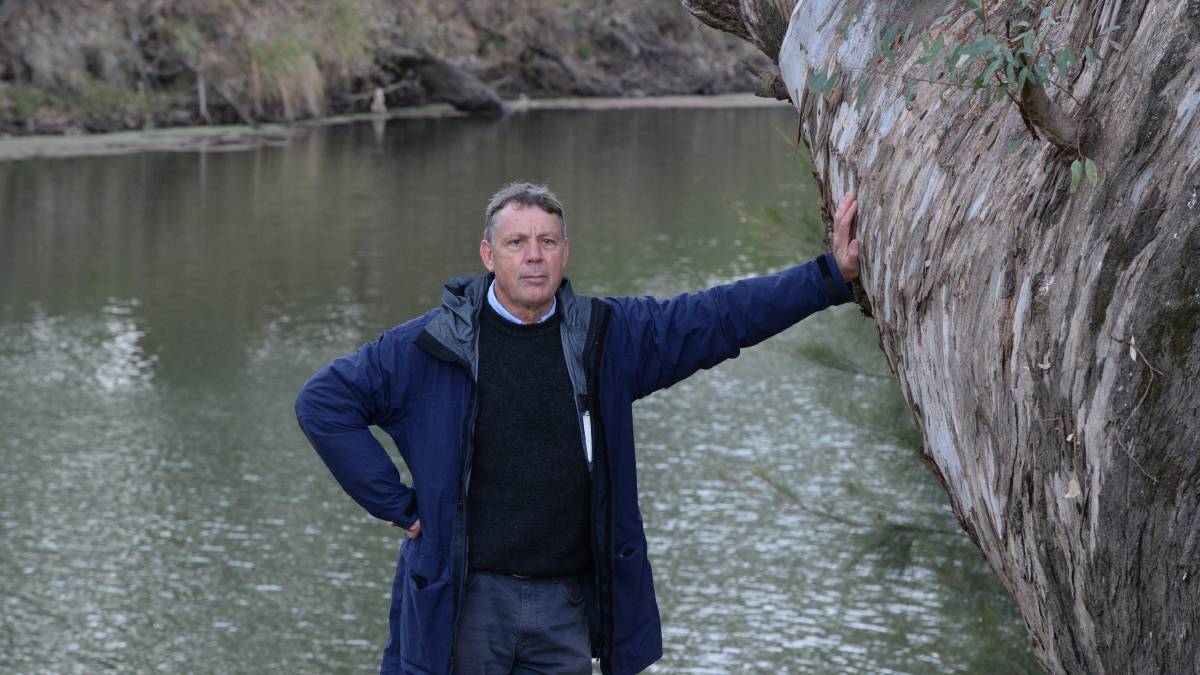 Prominent river specialist says corporations are taking advantage of division between small irrigators and conservationsts and a free-market approach to water.

IN AN underground bunker carved beneath Dubbo's Milestone Hotel, I ask the affable Bill Johnson for the purposes of this article what title would best describe him.

"Well, that's a good question, I've been called a dangerous radical, a communist and a dickhead, but I describe myself as a river ecologist," he says, laughing.

Mr Johnson grew up on a family farm between Cowra and Boorowa on country settled by his great grandfather in the 1850s.

Even in the 1970s it was clear he was going to need a job, because the farm wasn't going to support the entire family.

In his mid 20s Mr Johnson started a job with National Parks and as a ranger in his 30s, in 1989, he took on territory that included the Macquarie Marshes.

At that point the marshes were already listed as internationally significant wetlands.

When Burrendong Dam was built the marshes received one of the state's first environmental water allocations.

Mr Johnson found himself in charge of 50 gigalitres of water annually, the use of which was decided by discussions with his colleagues in National Parks, the water agency, and graziers in the Macquarie Marshes.

The Murray as a waterbird habitat has been hammered. - Bill Johnson

If it wasn't all used, carryover kicked in and he remembers one wet year in the late 1990s when he was managing 250 gigalitres.

The declared reserve for which he had responsibility only amounted to 10 to 15 per cent of the greater marshes, so Mr Johnson believed there was no way forwards without building a relationship with private landholders.

So he turned to the Marshes' graziers, some of whom once had grazing leases in the nature reserve, and talked with them about which parts needed watering.

Some members of the water department were taken aback.

"We had (and still have) a good relationship, I had a rural background and had nothing against grazing, people were surprised to see us working together, but we all needed a healthy marsh."

In fact, it was one of the graziers who came up with the phrase 'Fat ducks mean fat cattle', that came to be emblazoned on big plastic stickers.

There were disagreements at times, hence some of the more disparaging monikers mentioned earlier, and at one point someone, anonymously instigated an investigation by the Independent Commission Against Corruption.

He handed over responsibility for that territory in 2007 and then went to work with the Murray Darling Basin Authority until 2016.

Fast forward to the present day and Mr Jonhson today is a northern Murray Darling Basin specialist, working with groups across the Basin, and general go-to when it comes to how rivers in the Northern Basin, from Central Queensland to the NSW Central Tablelands work.

I ask him about the thoughts of former Colly Cotton chief and head of AACo David Farley, who believes the MDBP is creating regional refugees.

Mr Johnson laments the lot of small family farms in the MDB's southern basin and the regional communities that have traditionally relied on business generated by farmers able to make a dollar and who naturally spend their money locally.

He says there is no way irrigating pasture for dairy farms or fodder crops, or even rice, is going to be able to compete with corporations invested in permanent plantations, be they nuts or grape vines. 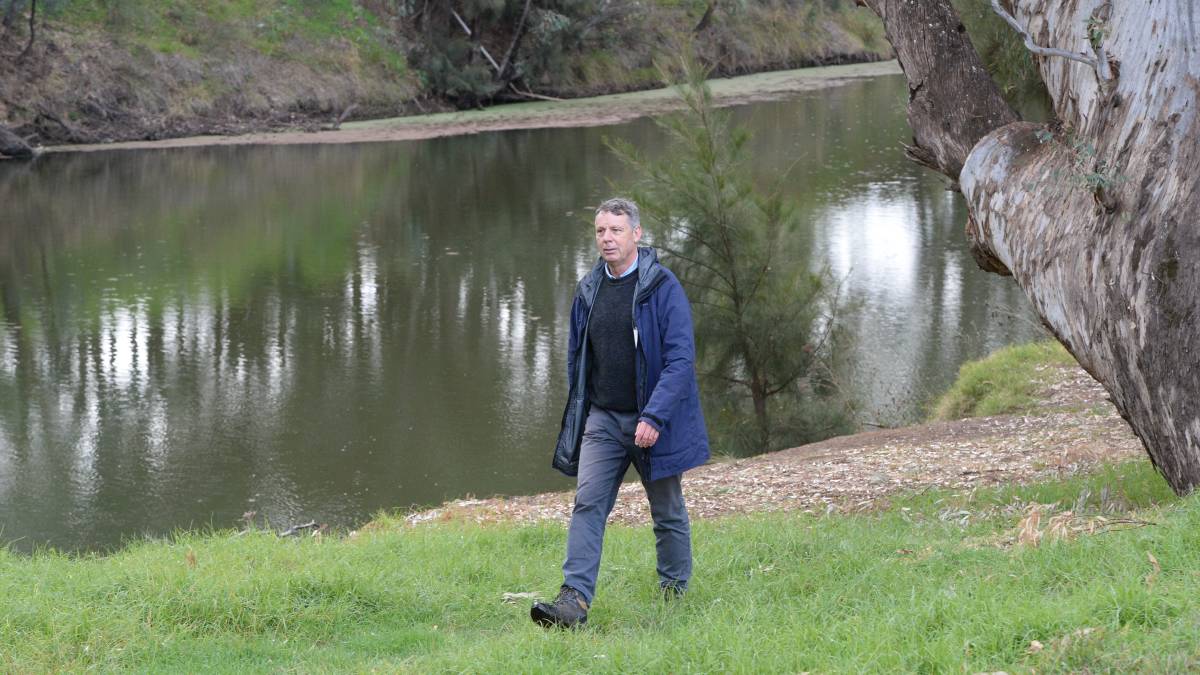 And it is not only irrigators suffering.

"The Murray as a waterbird habitat has been hammered," says Mr Johnson, "breeding numbers in the Murray wetlands and forests, including the Barmah (Forest) have collapsed.

"Normally, in a natural setting, the water from winter and spring rain and snow melt is gone by the end of summer, and the Moira grass, redgums and other wetland vegetation dries back."

Mr Johnson says while people are blaming the environment for the problems in the Barmah Choke, they should think again.

"The conservation movement and small irrigators should work together, while they're fighting the corporations are snapping up the water.

The big players have come to town. - Bill Johnson

"Irrigators and the conservation movement must talk to each other."

And he says, "when (the government) starts throwing $13 billion around (the MDB implementation budget) Australia is going to attract global attention, and it has - the big players have come to town."

Even the peak body for Australia's fast-growing almond industry, the Almond Board of Australia, has called for stopping new irrigation licences being granted.

At a meeting in May in South Australia, the board called for a moratorium on any new water licences for new developments in the southern Murray Darling Basin states until a review has been completed into the river system's ability to meet current demands.

Mr Johnson says the entry of companies such as Select Harvest and Agri Australis, a subsidiary of the Ferrero Group, a behemoth confectionary producer, has changed the face of water usage in the southern basin.

"We're depopulating regional Australia by default," he says, "the corporations are taking over the water market and many simply don't care about communities; their responsibilities are to their shareholders, and they care about profits".

Mr Johnson says the MDB is so vast nobody really knows how much water it has.

"It's so variable, it can't be predicted, and especially in the Northern Basin the estimates are not much more than guesses."

He reckons without an useful estimate of water for many of the rivers, building a commercial market around the river system is bound to come unstuck.

He says an article this year in The Land, quoting former Australian Floodplain Association president Terry Korn suggesting at least 3000 gigalitres was captured during flood events might even have underestimated that take, suggesting irrigators might use that amount of water annually, but flood events weren't annual.

He considers the apparent neoliberal vision for the water market will be undone by the Basin's natural climate variability and climate change.

"Irrigation started after the Second World War and that correlated with an historically wet period, now it's got drier and the crunch is coming.

"Menindee used to be a big irrigation town and it's now surrounded by dead grape vines, and the last citrus are being pulled out at Bourke now."