A device is being developed to allow a farmer to take a breath sample from a cow that can read whether the animal is pregnant or not. 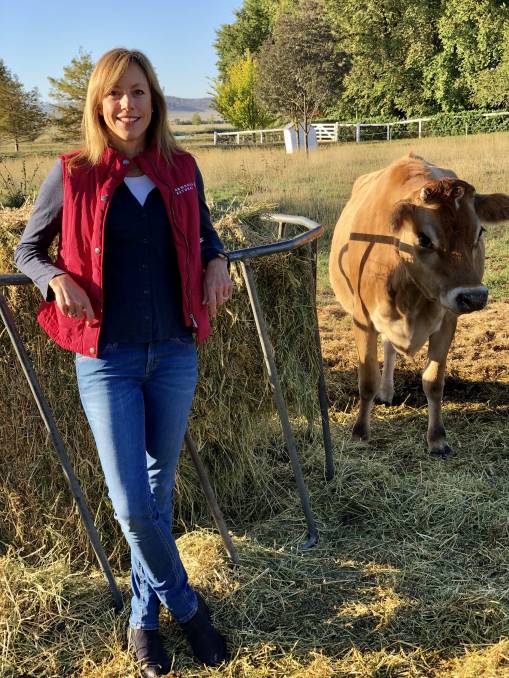 A device is being developed to allow producers to take a breath sample from a cow that can read whether the animal is pregnant or not.

Collecting the animal's breath involves placing the device over the cows nose gently while she is in the crush.

To do this the data is analysed against a range of bio markers (provisional patent application), which they have identified as changing as pregnancy progresses.

"Farmers have been pregnancy testing livestock the same way since the pyramids using a process called palpation," Bronwyn Darlington said, who is the brainchild behind the device.

"This is commonly done 60-80 days after 'date night' with a bull or artificial insemination and requires a vet or skilled animal handler inserting their arm into the animal and feeling for a foetus.

"Our technology currently involves two steps.The first is a livestock sampling device which takes about 10 seconds to collect breath from an animal. Nanosensors are then used to identify biological compounds in breath which change during pregnancy.

"We have been able to detect pregnancy at 60 days and in about 30 seconds but believe we can reduce this with further work."

She said their goal was to refine the process and integrate the livestock breath sampling device and nanosensors into a single unit.

Dr Darlington, who is testing the technology on a number of Angus herds across Carwoola Pastoral Company farms in the NSW Southern Tablelands, also lecturers at Sydney University in the Business School.

"I wanted to develop a technology which could give primary producers productivity advantages other sectors have been able to get from new tech," she said.

Dr Darlington is now working with Meat and Livestock Australia (MLA) to use the technology in detecting pregnancy and diseases such as bovine respiratory disease.

"The technology used is similar to that which is being used in human medicine," she said.

"Of course cows don't count to ten into a breathalyser so we've had to invent a simple but novel way of collecting breath in order apply these technologies to."

They are also now conducting exploratory trials with sheep.

MLA business development manager Josh Whelan said there were significant operational and herd management efficiencies to be gained by the Agscent device.

"The early trials are positive, it will need to hit the equivalent industry gold standards currently achieved through palpitations and ultrasounds in a commercial context to be viable. Early indications are that it might actually be more accurate in detecting early pregnancy than current approaches," Mr Whelan said.

The device is also being developed with the support of the NSW Government through the $24,000 Minimum Viable Product grant.